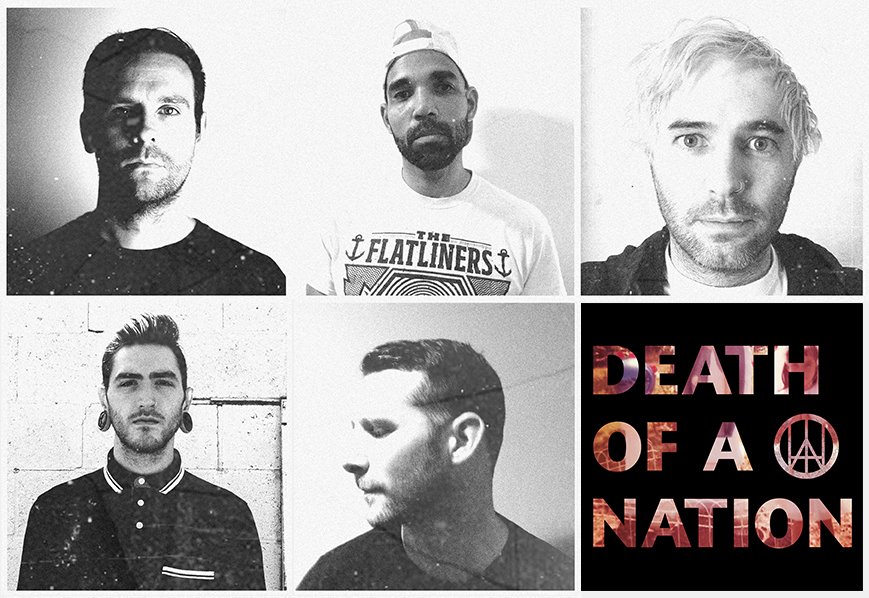 TO BE RELEASED ON LIMITED EDITION VINYL 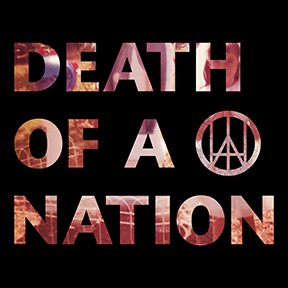 Sociopolitical hardcore watchdogs Death of a Nation recently surprised fans with the release of their debut, self-titled EP. Today, No Sleep Records has launched a pre-order for a limited edition vinyl edition on transparent purple, that’s set to ship at the end of June. Pre-order it now at https://bit.ly/2jr1Fi9.

Stream Death of a Nation EP now at the locations below:
Spotify – https://spoti.fi/2HOhfz3
Apple Music – https://apple.co/2rjUzAk

“After the anxiety inducing past 2 weeks of national (US) news, the timing and context was right to get these songs out there. It is far too relevant to what is happening in the White House and the ongoing nightmare policies/blatant fabrications to not. We are facing quite possibly the most terrifying moment in world history. In an ever increasing totalitarian slide worldwide, we are the victims of the madness that is power. Some more, some less. We hope these songs find you well, we hope these songs promote dialogue and solidarity. Time Presses.” – Death Of A Nation

Death of a Nation is a reaction to the world we live in. It is musical journalism. It’s a collection of individuals for whom punk music and ethics has served as the guiding light for their actions and moral compass. It is the cumulative sum of their anger as well as their compassion. As musicians, sound is their canvas, songs their voice. Angst meeting melancholy, rage meeting reflection.

Founded by members of Defeater and Verse, Death of a Nation will speak in the way they know how, condemning senseless hate, and promoting compassionate acceptance.

Death of a Nation EP Tracklisting: