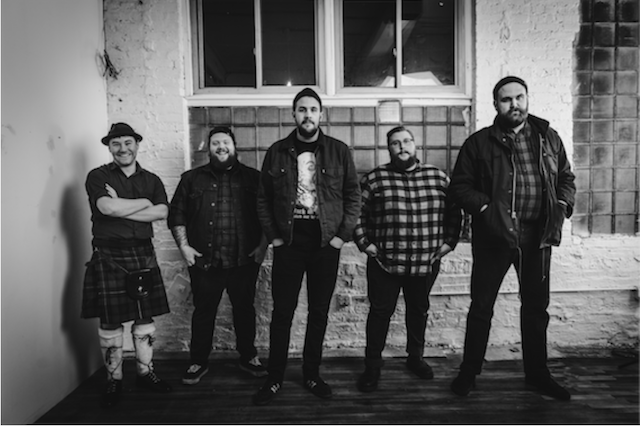 December 8, 2017 – Los Angeles, CA – Chicago’s Celtic punk band Flatfoot 56 has premiered a rollicking new video for their single “Odd Boat.” The track is the title song from their recently released album, Odd Boat, which was released earlier this year by Sailor’s Grave Records.

Watch the video for “Odd Boat” now at RiotFest.org: http://bit.ly/2jxhcxg

“This video was shot over a 5 day period during a six week tour with Agent Orange across the United States and Canada. We wanted to capture the band’s live experience and document some of the personalities in Flatfoot. The song “Odd boat” is about unity and highlights what brings us together. In a world that seems fixated on dividing people, we wanted to bring unity to those that choose to listen.” – Tobin Bawinkel

Odd Boat was produced by Matt Allison at Atlas studios in Chicago and features 12 songs that blend traditional Irish folk music and surging punk rock for a signature sound that’s uniquely their own. Frontman Tobin Bawinkel (vocals/guitar) leads Flatfoot 56 on a furious march forward, with his brother Kyle (bass), along with Eric McMahon (bagpipes/guitar), Brandon Good (mandolin/guitar/vocals) and Conrad Allsworth (Drums), entering the next chapter of the band’s storied career.

Fans can purchase the record via Sailor’s Grave Records at iTunes (digital) and http://sailorsgraverecords.merchnow.com (physical). The album is also available for stream at Spotify: http://spoti.fi/2owZONS