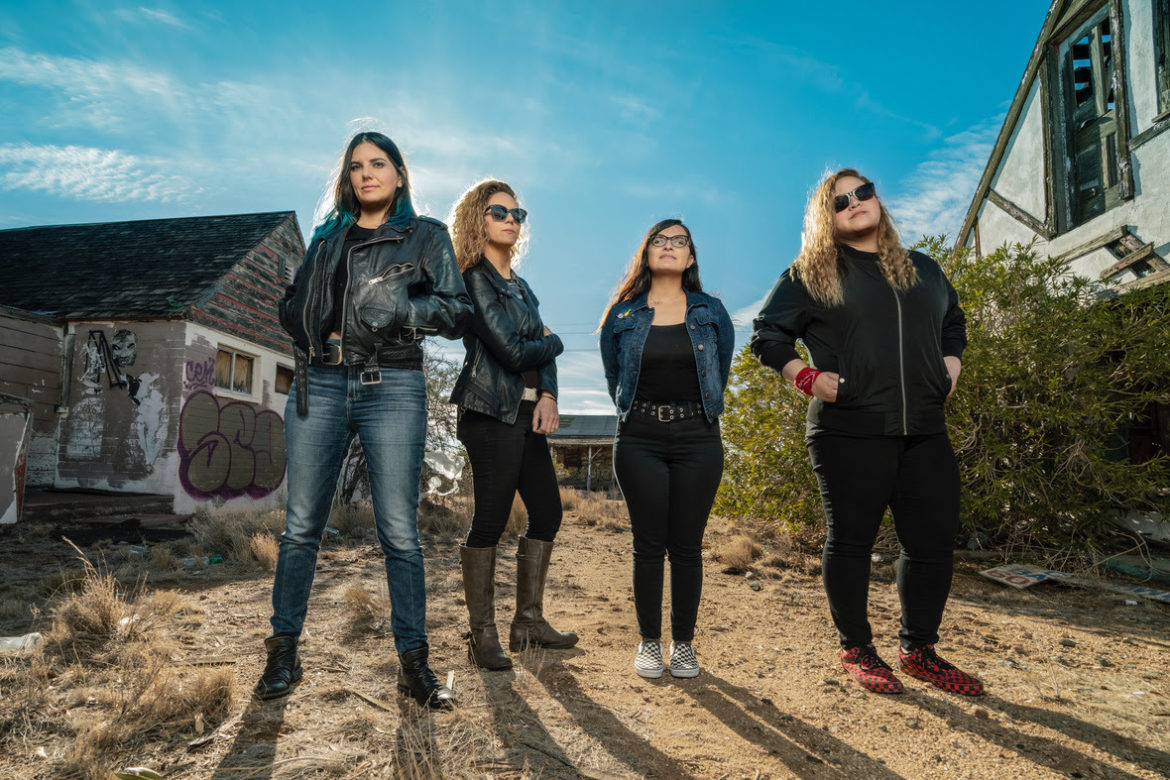 LA Latina Punk Quartet Go Betty Go’s “Nothing Is More” Out on Vinyl for the First Time Ever.

Tour W/ The Dollyrots in March

Los Angeles Latina punk quartet Go Betty Go have announced that their 2005 album ‘Nothing Is More’ is seeing a vinyl pressing for the first time ever, courtesy of LA-based Wiretap Records. Originally released in 2005 via SideOne Dummy Records, Go Betty Go have established themselves as one of punk rock’s most exciting forces to come out of LA.

To celebrate, the band is headed out on a West Coast run in March with The Dollyrots hitting spots in Texas, Arizona and back home to Southern California. (See dates below). The band is also making their Punk Rock Bowling debut by being tapped to play the May 26th Club Show featuring Nerf Herder, Direct Hit and The Vulturas at The Beauty Bar. Tickets for that show are on sale now. 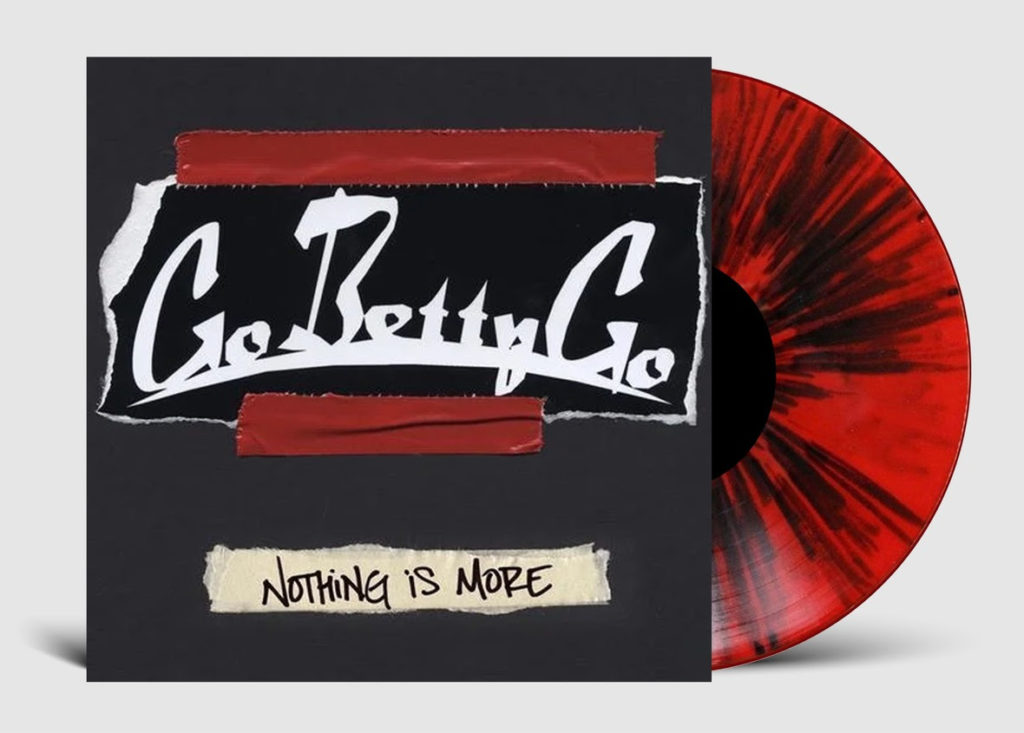 Go Betty Go emphatically have established themselves as one of punk rock’s most exciting forces. A gloriously rough and tumble sound with melodic aggression. They bring a rich and engaging energy, loaded with lush atmosphere and, at times, an underlying sense of the foreboding. Formed in 2000 when they were all teens in between the suburbs of the San Fernando and San Gabriel valleys – Glendale, California.

Go Betty Go’s driven by Betty Cisneros’ big, roaring guitar, singer Nicolette Vilar’s soulful, siren call and the momentous urgency of Michelle Rangel’s bass and Aixa Vilar’s tumultuous drumming. The Latina punk quartet swiftly ascended from local shows to a standing room only weeknight residency at Los Angeles dive Mr. T Bowl’s to a national reputation via reams of critical acclaim and non-stop gigging. Go Betty Go surged through several Warped tours, frequent cross-country tours, an attention-getting invasion of South by Southwest, and seemingly had it made. With the release of 2005’s ‘Nothing is More’, their first full-length album on Side One Dummy Records, they set out to tour yet again.

They never finished it—Nicolette, exhausted, unhappy and burned out, suddenly quit. She walked away and the bands remaining members found themselves at a crossroad. The remaining members drafted new singer Emily Wynne-Hughes and continued gigging, but the creative momentum eventually gave out, and at one point they quit performing altogether.

Miraculously, after a friend suggested a one-off 2012 gig, all four original members found themselves reunited on stage. As if the band had a life of its own, Go Betty Go was back as suddenly as they had split years earlier. After requests from club promoters to play one last show together, the ladies of GBG gave in to what they thought was their final farewell show, but once they hit the stage, the chemistry that originally brought them together was restored and they were officially back. That renewal and excitement crackles through their last release ‘Reboot,’ like a high voltage jolt of electricity, and Go Betty go are poised to reclaim their rightful prominence as some of the brightest, boldest women in punk rock. Since the reunion, they have continued to plow in full force, playing shows cross country once again.

2019 brings back an exciting revival of their original Side One Dummy release ‘Nothing Is More’ on vinyl, with new friends Wiretap Records.

They are also working on new music and plan to visit the studio in the next coming months.

Tour Dates with The Dollyrots (March) (Texas, Arizona, and California) 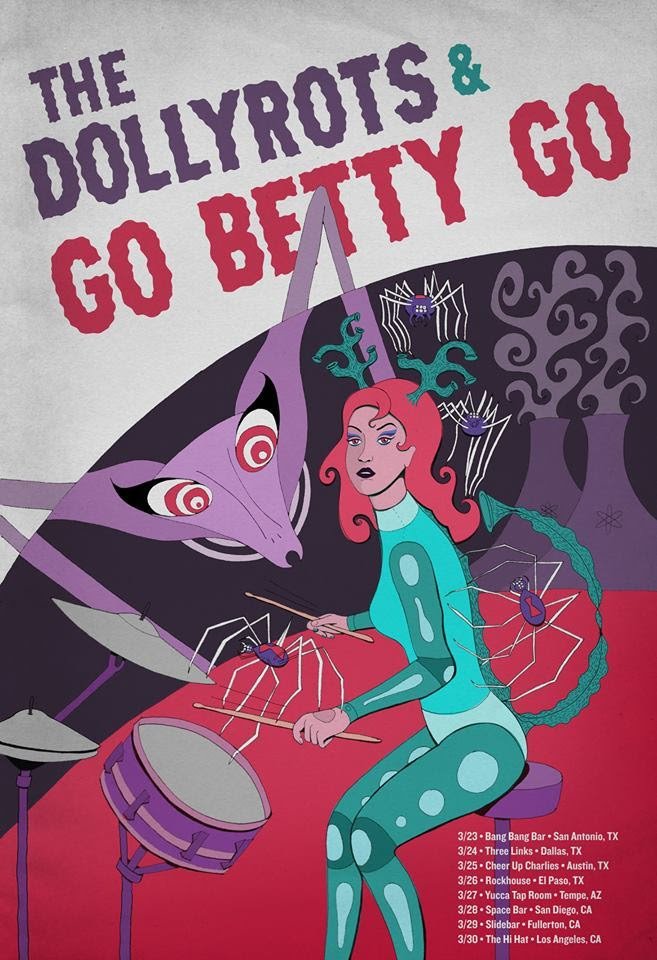