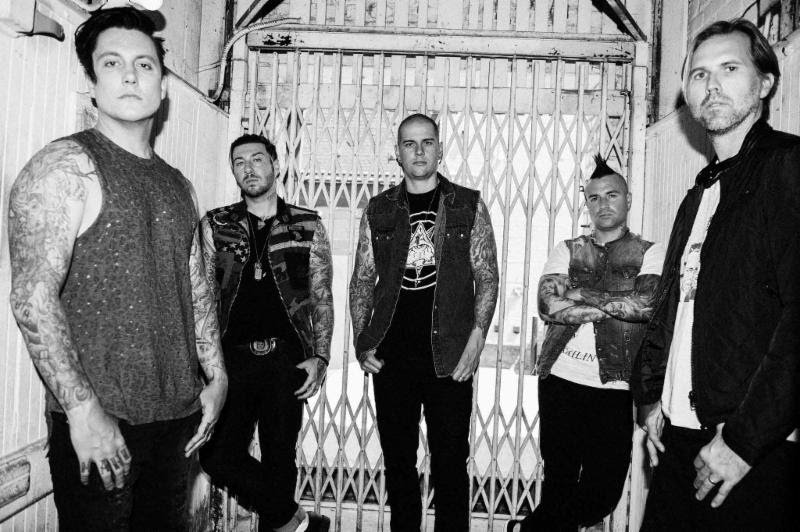 AVENGED SEVENFOLD will headline the LOUDWIRE MUSIC AWARDS Los Angeles concert on Tuesday, October 24 at The Novo. Tickets for the concert are available to the public and on-sale now (here) and at http://loudwire.com/category/loudwire-music-awards. Avenged Sevenfold–vocalist M. Shadows, guitarists Synyster Gates and Zacky Vengeance, bassist Johnny Christ and drummer Brooks Wackerman–became one of the world’s biggest rock bands by creating a sound that broke through obstacles of language, distance and culture. They raised the stakes and standards for the genre with a string of blockbuster albums, including their 2005 platinum-selling breakthrough, City Of Evil, 2007’s platinum-selling Avenged Sevenfold and two consecutive No. 1’s on Billboard’s Top 200 Albums chart: 2010’s Nightmare and 2013’s Hail To The King. They’ve achieved Diamond, Platinum and Gold awards for album sales in nearly a dozen countries, racked up over a billion video views and a billion-plus Spotify streams, have consistently been one of the most-played bands on rock radio for over a decade with multiple No. 1 singles, and have headlined arenas and the biggest rock festivals around the globe, amassing a diehard international fan base whose members number in the millions.

From M. Shadows of Avenged Sevenfold, “We are excited to celebrate a night of heavy metal with all of our friends.  We hope to see everyone there.” 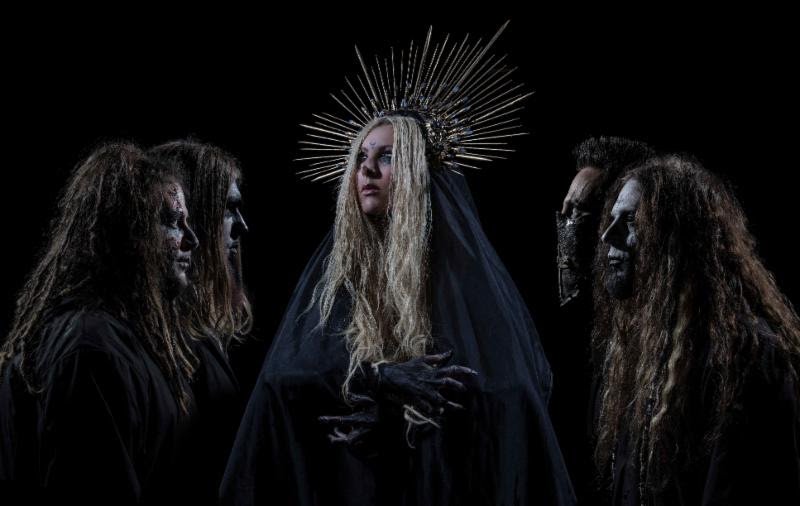 In This Moment, photo by Jeremy Saffer. Link.
Also added to the bill will be a special live performance by IN THIS MOMENT.Known worldwide for their dramatic live performances, In This Moment— Maria Brink (Vocals), Chris Howorth (Guitar), Travis Johnson (Bass), Randy Weitzel (Guitar), Kent Diimmel (Drums)–have received rapturous praise in a range of national outlets. The group released their new album RITUAL this summer via Atlantic Records in partnership with Roadrunner Records. Produced by longtime collaborator and multiple GRAMMY® Award nominee Kevin Churko (Ozzy Osbourne), with RITUAL, In This Momentpushing their inimitably dark sound forward with a provocative sense of pervading doom and metallic blues power. Highlights include a dramatic reimagination of the Phil Collins classic “In The Air Tonight” as well as “Black Wedding,” of which Brink shares the mic with legendary Judas Priestfrontman Rob Halford. In This Moment made a stunning Top 10 chart debut with 2015’s acclaimed album BLACK WIDOW. The album arrived at #8 on the Billboard Top 200 chart and at #3 on Billboard’s “Hard Rock Albums” marking their highest chart placement to date. Furthermore, the title track off In This Moment’s 2012 album, BLOOD, has been certified gold by the RIAA and its companion music video has been viewed over 27 million times.
“We are very excited to be a part of the Loudwire Music Awards this year,”adds Maria Brink of In This Moment. “We have a big surprise in store for everyone watching! Get ready for the Black Wedding!”
Among the bands performing are ANTHRAX, HALESTORM, ICE-T’s BODYCOUNT, NOTHING MORE, STARSET and POWER TRIP, with special performances by MEGADETH’s Dave Mustaine, JUDAS PRIEST’s Rob Halford and HATEBREED’s Jamey Jasta.
In addition, BLACK SABBATH icon Tony Iommi, VAN HALEN legend Sammy Hagar and the aforementioned ROB HALFORD will receive special honors at the event, which will be hosted by WWE superstar CHRIS JERICHO. Other acts set to appear include ZAKK WYLDE, VINNIE PAUL, STEVE VAI, REX BROWN, STEEL PANTHER, DAVID ELLEFSON, JOEY JORDISON, JOHN5, HOLLYWOOD UNDEAD and many more.
Just hours prior to the LOUDWIRE MUSIC AWARDS concert will be the “Hard Rock & Heavy Metal Summit” at the GRAMMY Museum next door to The Novo. Panels will feature Rob Halford, Sammy Hagar, Rex Brown, Steve Vai, Frank Bello and more. The “Hard Rock & Heavy Metal Summit” is free and open to the public; however, seating is on a first come, first serve basis.  LOUDWIRE MUSIC AWARDS VIP ticket holders will be given priority seating at the summit. Registration on Eventbrite is required for ALL summit attendees, including LOUDWIRE MUSIC AWARDS VIP ticket holders. To register, visit (HERE) and purchase VIP tickets (HERE)
For more information on the 2017 LOUDWIRE MUSIC AWARDS:
http://loudwireawards.com