Born from the remnants of Brooklyn’s Habits in 2018, Night Surf takes a straight-forward, driving and hook splattered approach to the darker side of pop-punk.

In their short tenure, the band has provided local support to touring acts like The Penske File, Typesetter, and makes frequent appearances in Asbury Park, NJ with band friends Latewaves and The Vansaders.

Now they’re back with their follow up EP, which picks up right where the last EP left off. Listen to the first and title track from the EP, “Enemies, which is out September 7th, via SoCal based Wiretap Records. 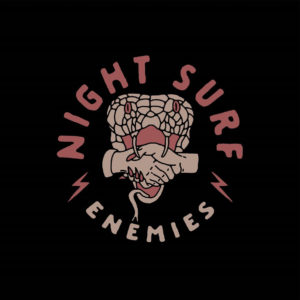