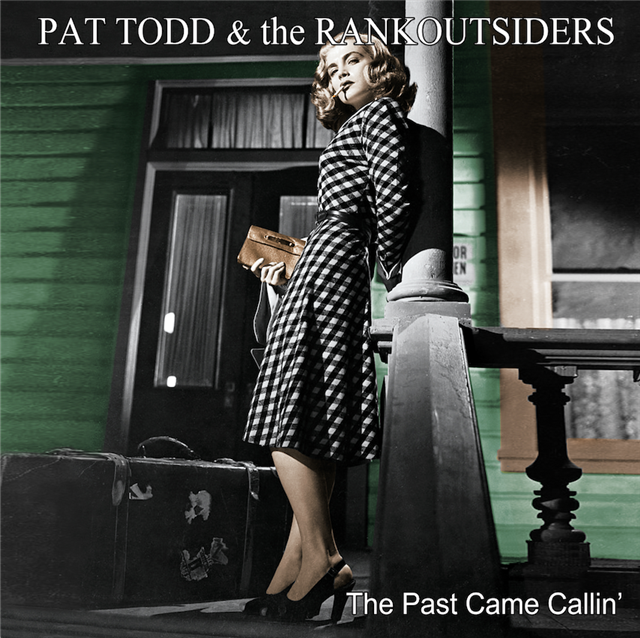 Hound Gawd! Records is proud to announce the new full length by Pat Todd & the Rankoutsiders titled, The Past Came Callin’, due out on May 31, 2019. Formats include vinyl LP, CD and digital.

Pat Todd formed the Rankoutsiders from the ashes of his previous red hot outlaw rock band The Lazy Cowgirls circa 2004. Although the Rankoutsiders are less cow punk they are just as red hot and the songs on their new album stack up to a satisfying aural rock’n’punk romp. This is the band’s fifth release and their second on Hound Gawd! The new material will appeal to fans of the Supersuckers, Nine Pound Hammer, Chuck Berry, Johnny Thunders, the New York Dolls, and of course Hank Williams.

“Pat Todd is a true American Original,” Eddie Spaghetti of The Supersuckers enthuses. “Raw real and passionate…And boy, do we need Mr. Todd and his Rankoutsiders, now more than ever.” Big Takeover says “The power and punch of his former band The Lazy Cowgirls is still there…The band delivers a handful of country honk ballads sandwiched between a full set of R&B scorchers, complete with group backing vocals, some nice flourishes of acoustic guitar and harmonica, and even a speck of banjo and pedal steel. This record was made to be cranked at juke joints, hoedowns and keg parties.”