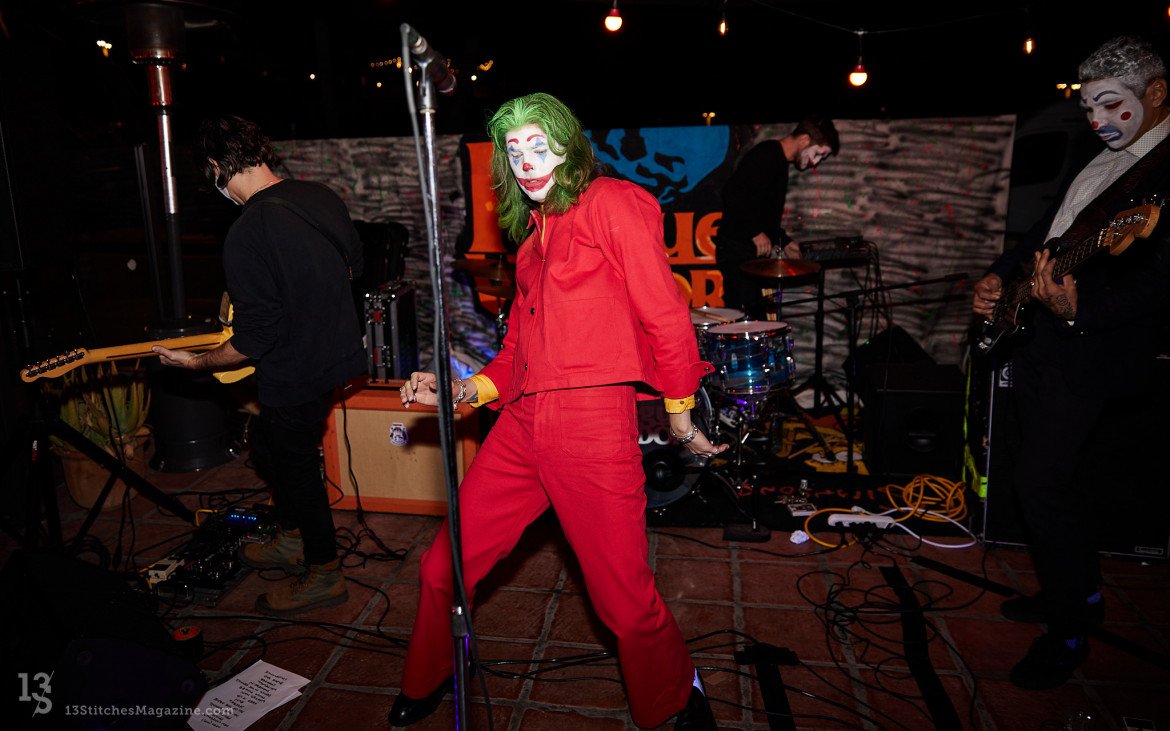 When I first saw the IG post I couldn’t believe my eyes… Plague Vendor in San Clemente. We are at the southern tip of Orange County, and it is not too often that a band as spectacular as Plague Vendor can be seen at a relatively small venue like Landers. Just a month earlier, Plague Vendor was performing at Punk Rock Bowling in Las Vegas and the week before that they were in Dana Point (just north of San Clemente) performing at Ohana Festival. If you were lucky enough to see the band at either of these large festivals, you would know what an amazing opportunity it was to catch them at Landers.

Now I know I’m acting like a bit of a “fan-boy” here, but I don’t care. I never have great plans for Halloween, so as usual, I was wide open. As soon as I discovered this show, I ran out to see where Landers was (admittedly I am out of touch with what’s going on in town, when the Pandemic hit, I burrowed into my garage and started making guitars). I knew it was on El Camino Real in the North Beach area so I drove near the San Clemente Casino and the Miramar Theater to see if I could find Landers. As soon as I looked toward the train station I saw it, they had fully remodeled the former Ichibiri Restaurant into an amazing bar area with a Vintage Store along the interior perimeter of the building (there’s an outdoor patio also, so you can hydrate and get some Vitamin D).

When I pulled into the parking lot I saw my friend Gus (Los Mysteriosos) getting ready to enter the building, so I ran up to him to get the scoop on this great looking watering hole. We sat down at the bar and he filled me in on the perks… you can quench your thirst and shop some amazing Vintage items in their accompanying retail shop. I’ll admit, I’m looking forward to getting back over there and doing some “shopping” (maybe a little drinking).

Once I got the bartender’s attention, I started picking his brain about where to buy tickets for the upcoming Plague Vendor show (I thought maybe I could get them at the bar, that’s why I started this trek to North Beach). He explained that I could get them on a link from the IG page and before I pulled out of the driveway I had purchased 2 tickets! I asked the bartender (don’t remember his name, but I did act like he was my best friend later at the Freak Show) where they planned to have the band play. He said, out on the patio area. Keep in mind, this patio area is good sized and has an ocean view, but it isn’t Ohana big, it can probably fit around 60 people. My mind was being blown, there’s no way we’ll be able to get all the people in this building, it will be chaos, the fans will be pushing everyone on top of the band, it will be anarchy!!!

Let’s get to the show… the Freak Show started at 8pm but the band was scheduled to start playing at 9pm. We rushed in, grabbed an ice-cold beer, met up with some friends we knew would be there, then we went out to the patio to claim our spots in front of the stage area (no stage, just a space for the band’s equipment and some microphones). We quickly made the rounds…  First thing we did was check out the band merch and buy some shirts to “support the band” (that’s how I explain my dozens of t-shirts to the wife… “it’s to support the band”). Then we casually spark up conversation with people we know are in the band (then act surprised when we find out they are in the band). Then we pull ourselves away before we look like total stalkers (mental note, I always wait too long for this part, I need to do it sooner). Lastly we then mosey over to our spots with some fresh beverages.

You can tell that some people weren’t ready for the audio explosion that was coming… but soon after the band started, everyone that likes great music and likes to have fun was out on the patio area. People from the North Beach Swimming Pool area could hear the music; their fledgling attempt at a party was being eclipsed by Plague Vendor, so they started to make their way over to Landers. The entrance to Landers was starting to overflow with curious outsiders that didn’t plan ahead and secure access to the Freak Show. Lucky for some, they were able to secure wristbands and see what was happening out on the patio (from the bar area because we had the patio jam packed)!

Plague Vendor put on a great show! Even though space was limited, Brandon was still all over the place, bringing the party to each fan with his smooth dance moves, joker makeup, and wild-eyed looks. You’d never expect so much energy from the lead singer after talking to him before the band starts playing, he has a somewhat mellow demeanor, it almost seems like he’s looking right through you when he’s talking sometimes (probably reading your mind). Then when he gets on stage, he explodes with creativity and a dominating presence… he really is great! Thank you Plague Vendor for stopping by San Clemente this past Halloween weekend, we can’t wait until the next show! 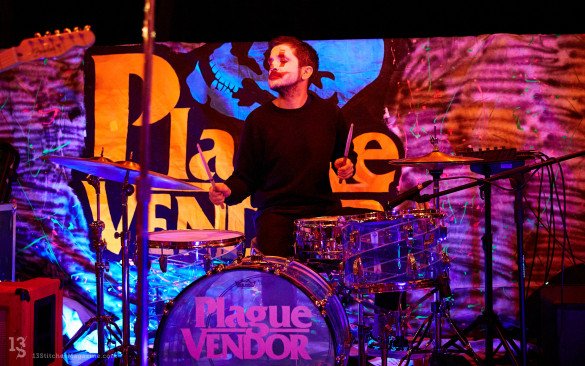 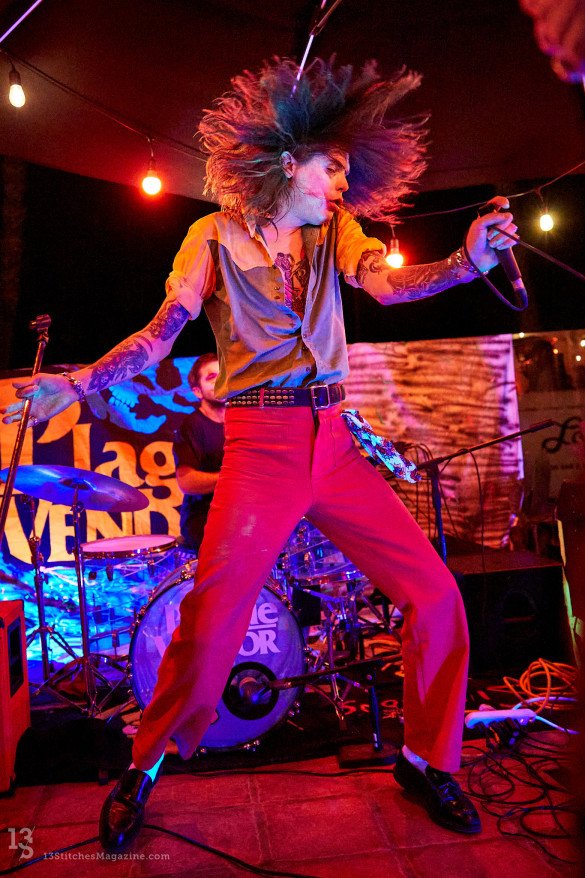 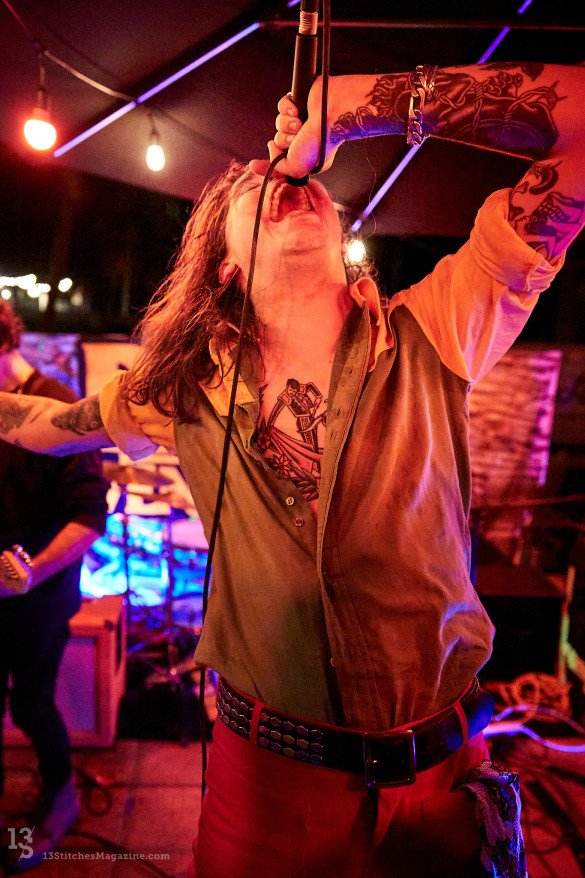 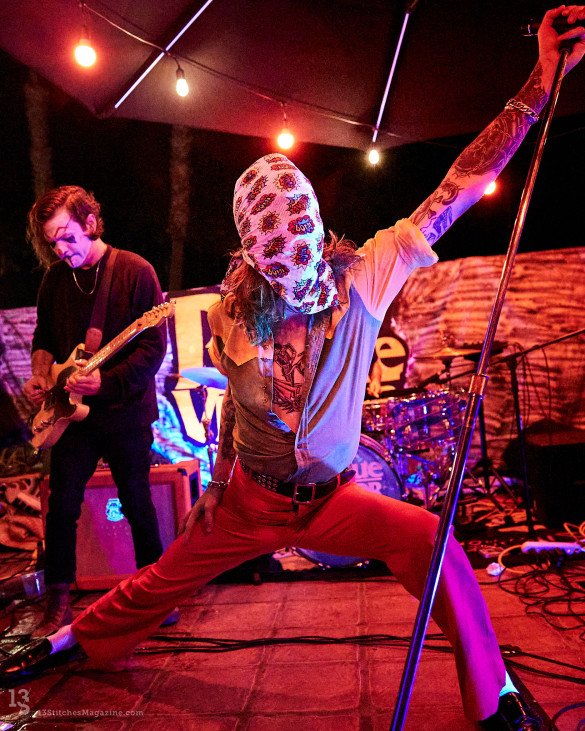 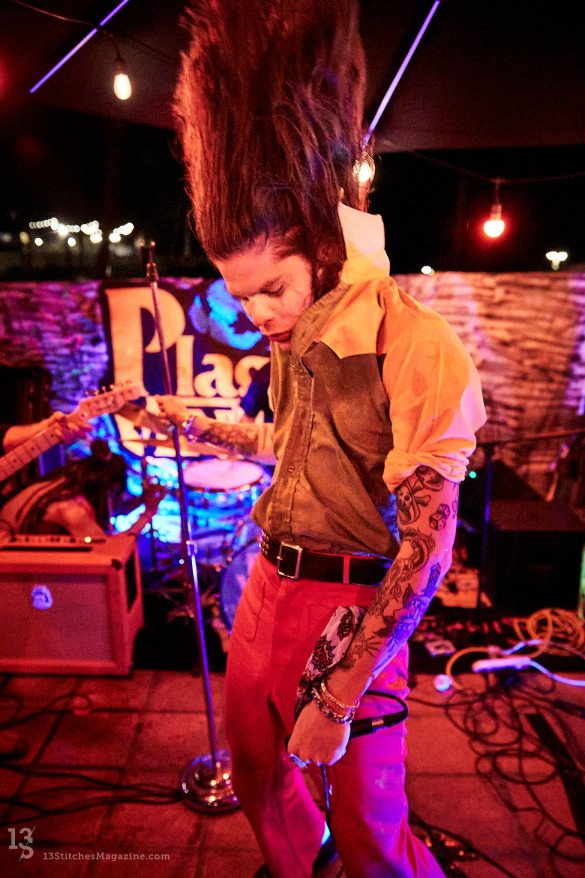 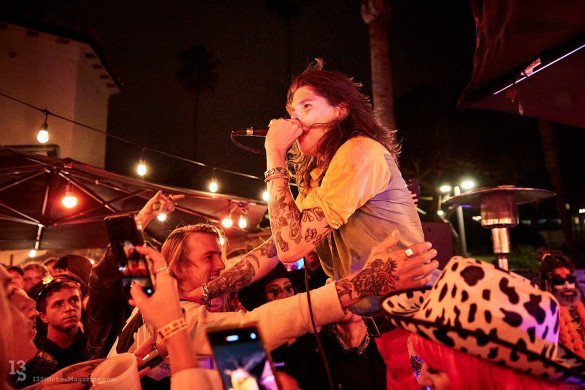 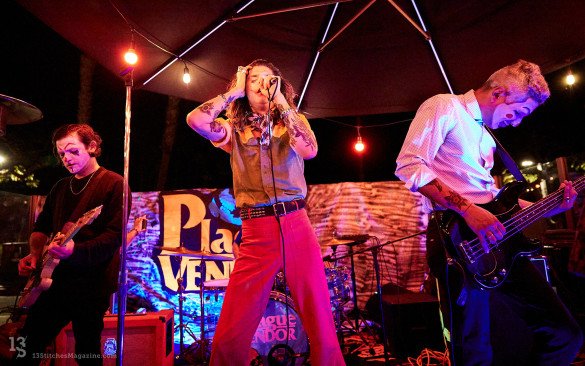 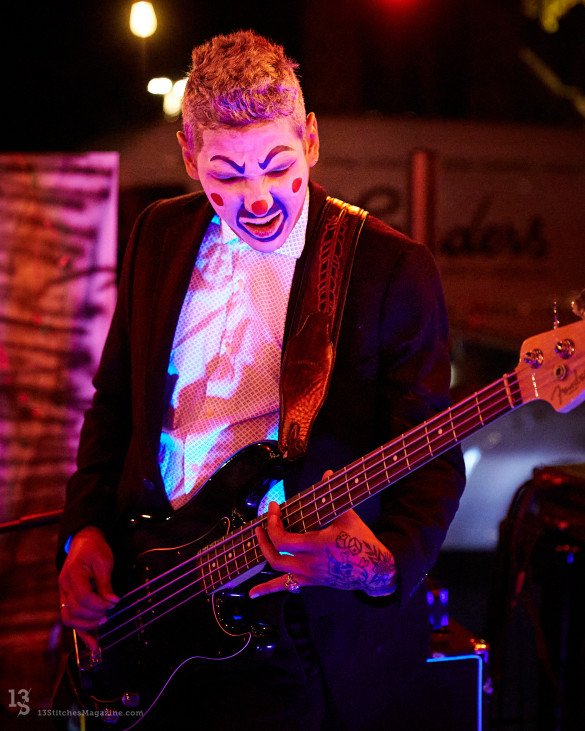 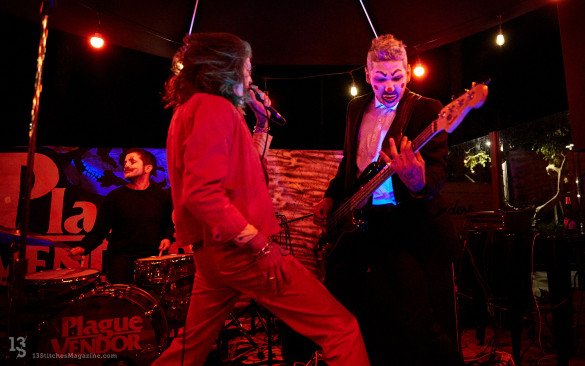 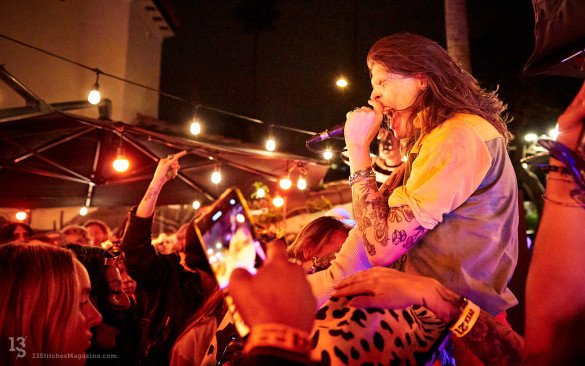 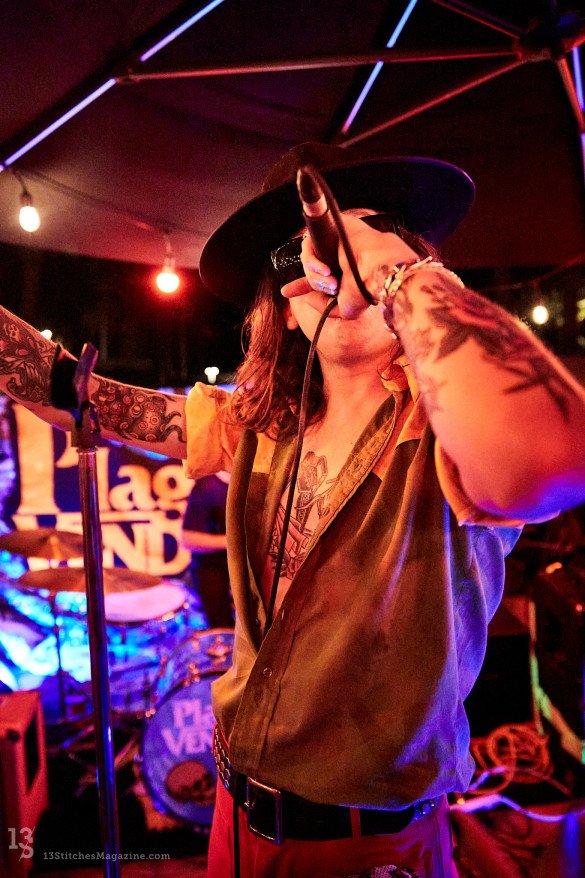 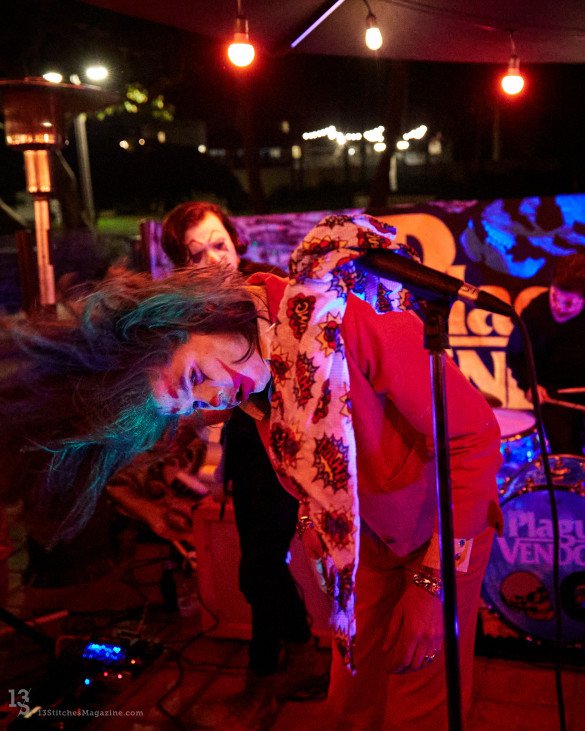 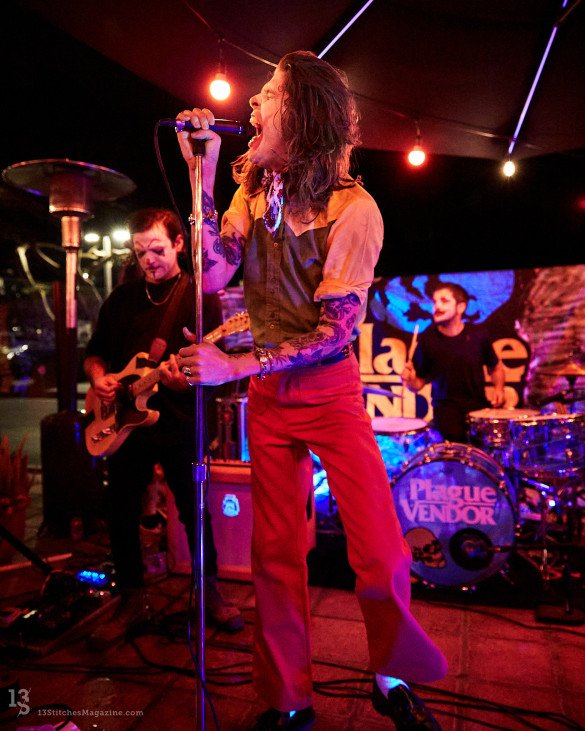 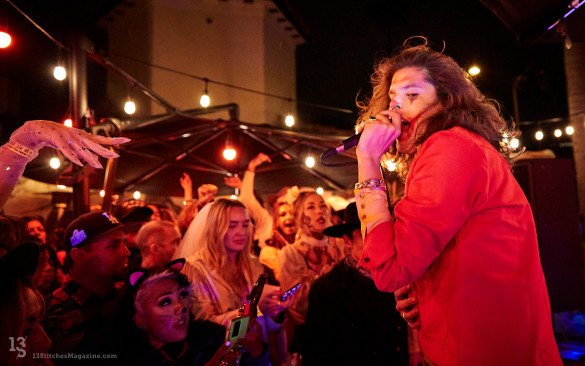 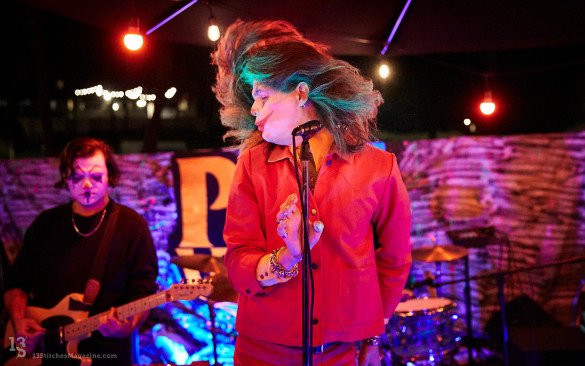 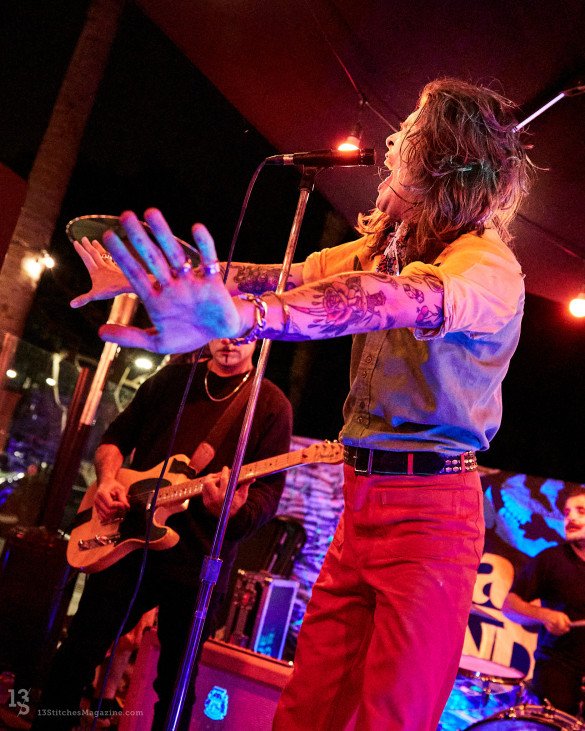 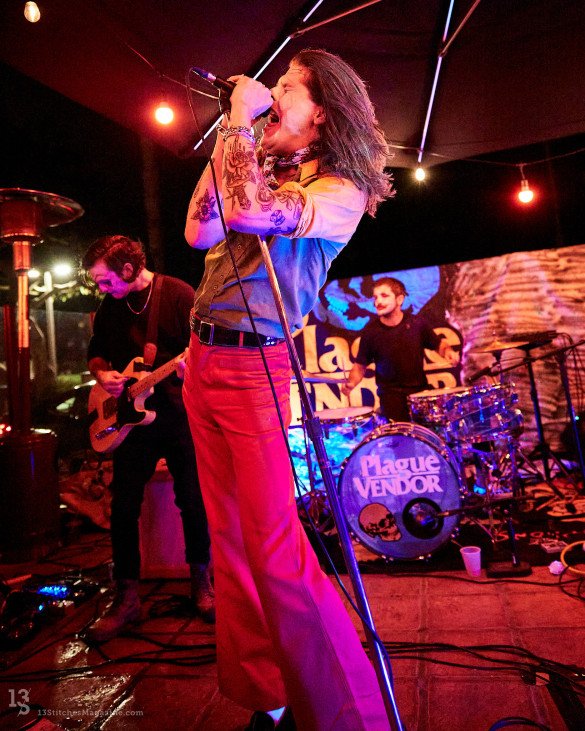 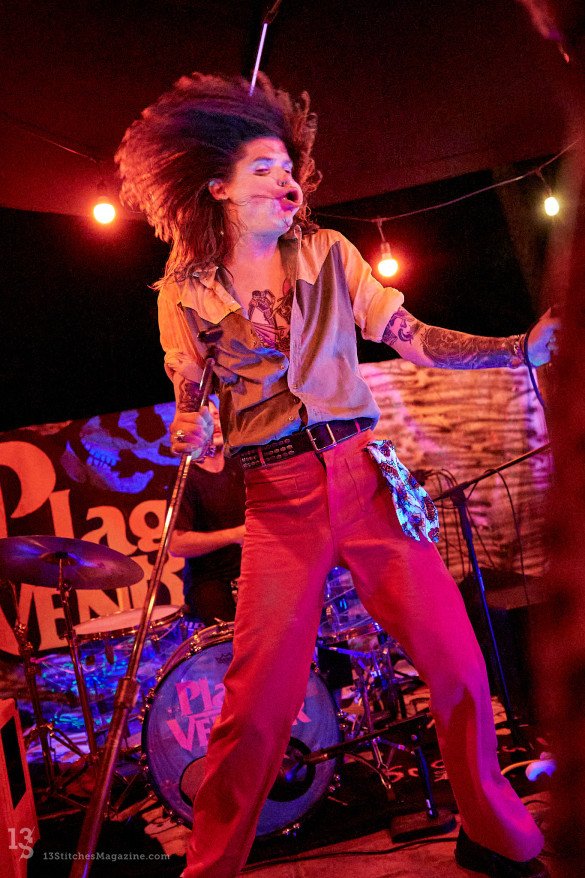 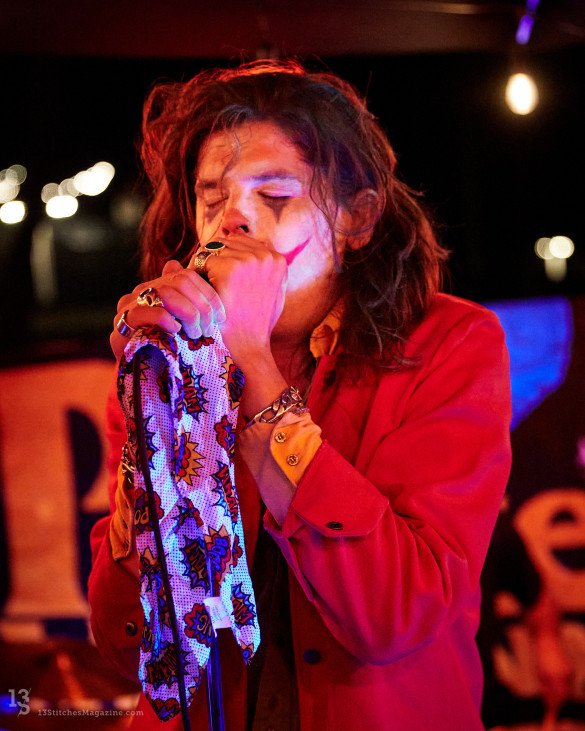 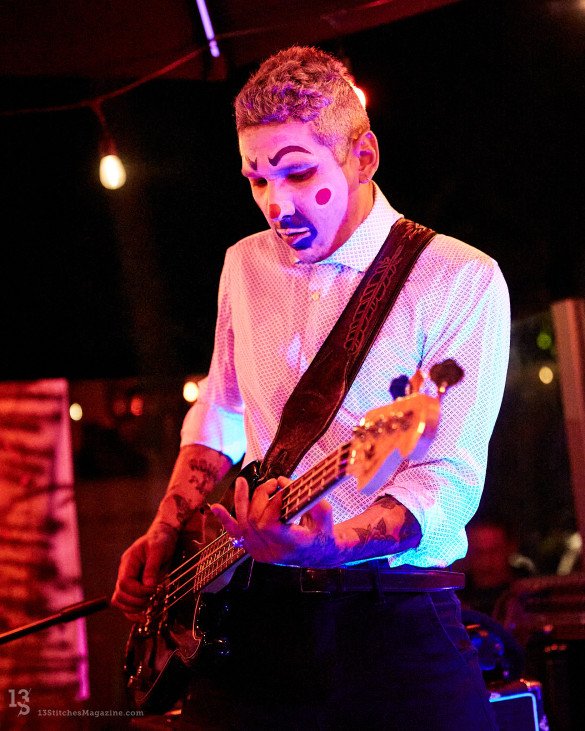