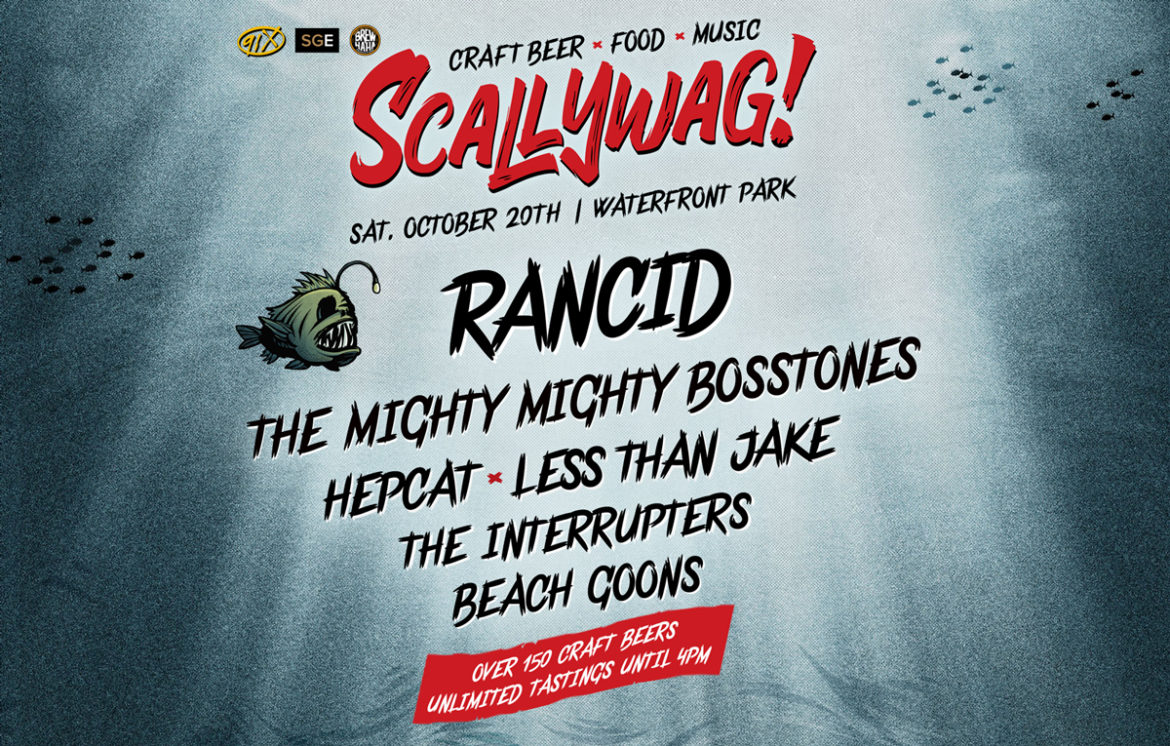 Featuring Rancid, The Mighty Mighty Bosstones, Hepcat, Less Than Jake, The Interrupters & Others. Plus Craft Beer From Some Of The Finest Breweries In The Nation.

Scallywag! co-producer Cameron Collins of Brew Ha Ha Productions said, “Back for its 3rd installment, Scallywag! is going to be bigger than ever with an incredible lineup of breweries and epic bands! Rancid and friends will pair perfectly with the brewery lineups we’ve got in store for 2018!”

Tickets for all dates of Scallywag! are on sale now!

For more on Scallywag!, visit: