Outlaw punk band The Goddamn Gallows have released their 6th studio album, The Trial, today via Sailor’s Grave Records. The band’s long-awaited record takes their progression of mixing punk rock, bluegrass, psychobilly, and metal even further than previous releases and features stand-out tracks like “Down With The Ship” and the title track “The Trial.” Fans can get a taste of the new record live at shows this spring on their current tour with Koffin Kats. 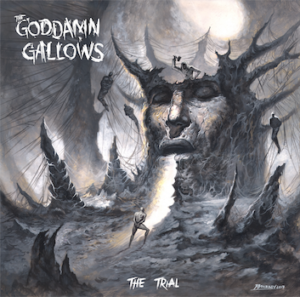