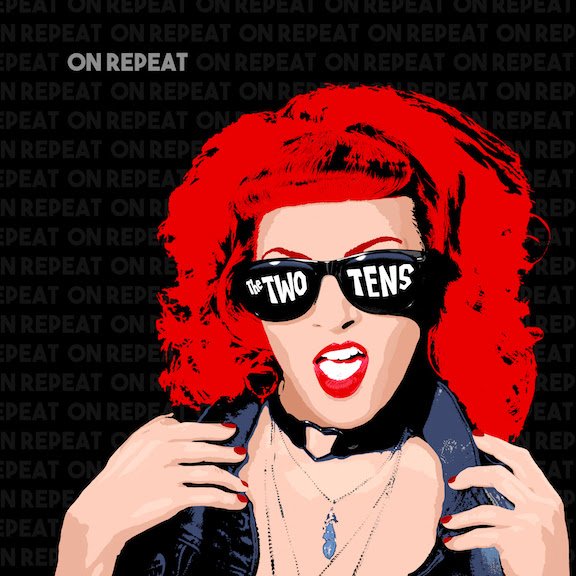 CHECK OUT THE L.A.-BASED GARAGE-PUNK DUO’S NEW TITLE TRACK “ON REPEAT”
CLICK HERE TO CHECK IT OUT!

The Two Tens are set to release their follow-up effort to their acclaimed debut album Volume later this summer. Not only have the themes of heartbreak, heartache and depression reared their heads again on the L.A.-based duo’s new studio LP, On Repeat, but the pile-driving rock that dominates these 13 original tracks, along with a bludgeoning cover of Unknown Mortal Orchestra’s “Nerve Damage!,” are an equal and familiar punch-in-the-gut.

What isn’t ‘on repeat’ on this effort, however, is the fact that there are some actual honest love songs featured in the mix. As singer/guitarist Adam Bones explains, “I went through some major ups and downs in the time we were writing this album and I’m pretty sure it shows.”

Building on the raw garage-punk that dominated their previous effort, the duo has also expanded their musical palette to include a poppier edge to some of the tracks. “We wanted On Repeat to be different than Volume,” drummer/background vocalist Rikki Styxx admits. “We had talked about adding more layers and getting more creative with sounds overall. We were fortunate enough to work with renown producer John Fields who has his hands in a lot of ‘pop’ albums. Also Adam started writing more love songs. There’s something to swing your hips to and something to crowd surf to. It’s got a lot of flavors that’s for sure.”

The band recorded and tracked three songs for the album with Fields at his Minneapolis studio, Creation Audio. Like Volume before it, they had producer/manager Bruce Duff produce the rest of the songs for On Repeat, with Paul Roessler engineering at Kitten Robot Studios and Toneduff Studio.

The Two Tens have effectively been recording and touring as a two-piece since their inception three years ago. “The benefits are that there’s only two of us,” Bones states, ”so there are only two cooks in the kitchen, so to speak. Scheduling is easier because there’s only two of us. Also, touring isn’t as difficult and it’s more comfortable.”  Styxx adds, “What I’m bad at, Adam excels in and vice versa. Synergy is very important and we both work equally in our areas of strength towards the success of the band. And you get your own bench seat when you tour, c’mon now!”

The Two Tens plan to hit the road hard later this summer in support of On Repeat (dates to be announced soon) and promise a number of music videos to accompany the high-octane tracks that fuel this new release.

The Two Tens’ On Repeat will be available on vinyl, CD, digital and streaming formats August 18th via Man Della Records. Pre-order On Repeat via iTunes / Google Play / physical 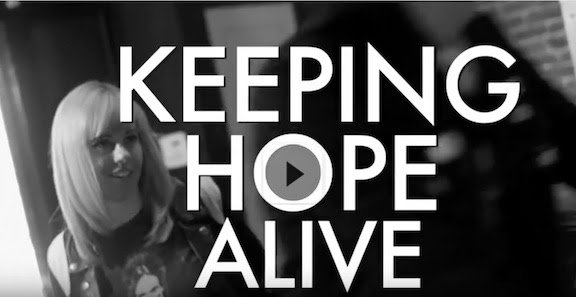 “The Two Tens’ new ‘Keeping Hope Alive’ single is seriously cool. If you ain’t hooked on these cats by this point, c’mon—unhook that respirator and get out once in awhile.”
– BLURT MAGAZINE

“An exercise in focused tension and bombastic release, The Two Tens’ On Repeat is the garage-punk love song you’ll want to listen to over and over again.”
– ATWOOD MAGAZINE 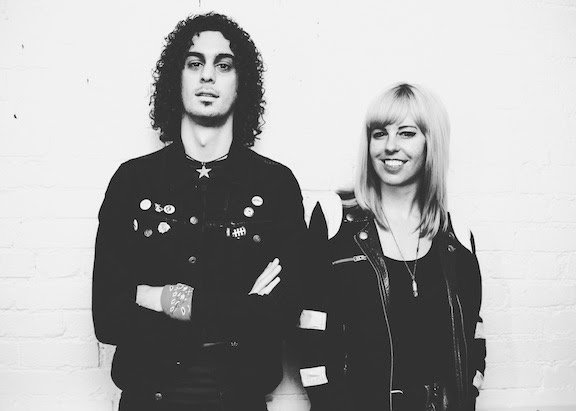