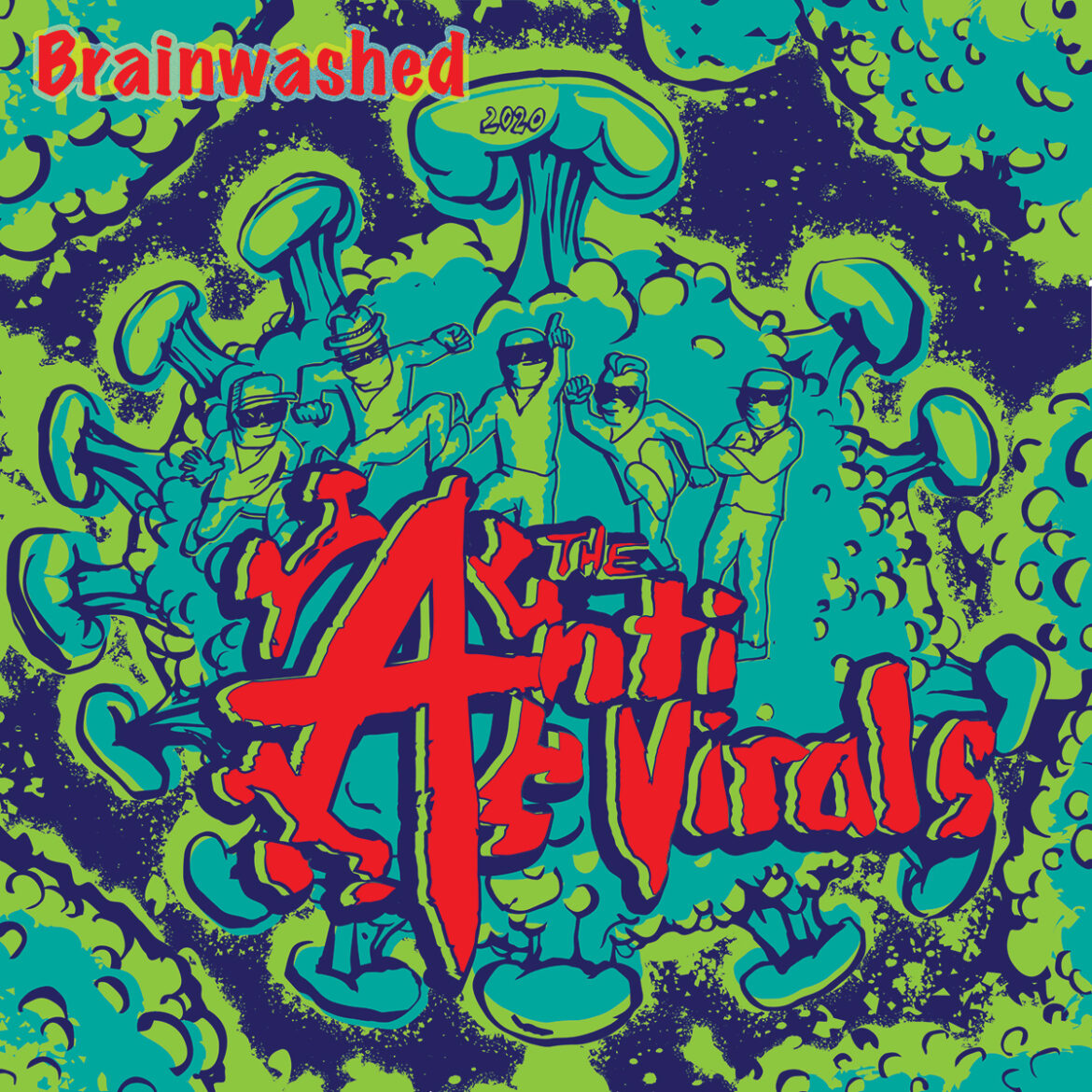 When life changed in 2020 for people around the world, Long Beach punk rock veteran Brian Coakley reacted with music.

Soon, as social unrest and political upheaval united with the COVID-19 pandemic to create the 3-headed beast that has ravaged the country ever since, Coakley was toiling away on new songs in his home studio and The Anti Virals were born. By the end of the year, the 10-song Brainwashed album was complete, set to be released on January 10 to all digital platforms via Nadine Records Media.

“The Anti Virals started as therapy—as a release from the anger that welled up inside me from watching so many people losing their minds,” said Coakley, who had a 30-year stint as the main songwriter of the OC punk legends the Cadillac Tramps. “The idea was just to record one song in the style of the music that first made me pick up a guitar, to go back in time to the days when I first heard Black Flag and the Sex Pistols. That song ended up being ‘Idiot Nation,’ then ‘Brainwashed’ came next really quickly too, and before I knew it the album was writing itself.”

Coakley had recently formed the Long Beach band Blind House, who released its debut single “California Sound” and were selling out clubs when COVID hit and the band went on hiatus. Blind House lead guitarist Frank Meyer—himself a producer, singer and multi-instrumentalist — lived down the street and the two would take their dogs on walks throughout the pandemic. “At first I hadn’t planned on releasing these songs,” admits Coakley, “but as I recorded them, I shared some of them with Frank. Frank immediately said, ‘Send me that rough track and I’ll play some guitars and put some backup vocals on it!’ Next thing you know the songs sounded fleshed out.”

“I was already recording at home once everything went on lockdown,” says Meyer, who also leads L.A. punk vets The Streetwalkin’ Cheetahs and fronts James Williamson & The Pink Hearts (featuring the Iggy and the Stooges Rock ‘n’ Roll Hall of Famer). “When Brian played me the songs that become the Anti Virals albums I loved it right away. They were heavy and angry, but really catchy and filled with pop hooks. I felt like I could add something to the sound, and he was happy to let me jump in and do my thing.”

But the real test was his family. Brian runs a Long Beach independent record label Nadine Records Media with his wife Jamie Sims Coakley, who he also plays in the band WAXAPPLES with, so if anyone was going to be brutally honest about the quality of his latest project, it would be her. “Along the way family heard the recordings and kept singing the choruses out loud. I knew that was a good sign. My music does not always get such a positive reactive around the house,” laughs the Coakley patriarch. “But when my wife suggested we put it out on Nadine and my teenage son kept telling me, ‘I don’t know how you did it, but this is exactly how I feel,’ I knew I was onto something.”

Brian and his wife, Jamie have run Nadine Records Media, since 2003. Originally started as a record label to release albums by their band the WAXAPPLES and some of the Cadillac Tramps catalog, the label gained momentum when Jamie produced and directed the critically acclaimed 2017 Cadillac Tramps documentary film Life on the Edge.

“My wife and I run Nadine Records Media,” added Brian. “We create content that we feel is good and that we feel is true, whether that content is a film, literature or a punk album, it doesn’t really make any difference as long as it’s true and as long as it has heart!” Jamie adds, “Our motto is, ‘we curate, create, distribute independent visual art, music, film and literature by GenX for GenX.’ Our mission is to enlighten and inspire through community.”

Brainwashed is an 10-song powder keg filled with super-charged rockers such as “End of Times,” “Nothing But Bloodshed,” and “We Got Something To Say” alongside pop-punk anthems “Devo Was Right” and “Scary World,” and bluesy stomps like apocalyptic “Man in the Mask.”

“It’s a heavy album for heavy times,” Coakley says with a cracked smile. “The songs are fast and short because that’s how my attention span is these days. The topics are ripped from the headlines and drenched in politics because we are all knee-deep in it via social media these days. You can’t escape it. So I figured I might as well make art out of all this mess. The Anti Virals are here to speak up and be a voice for those who are too shy or timid to speak out. You wanna scream out loud at the top of your lungs in frustration at the world around you? We got you.”