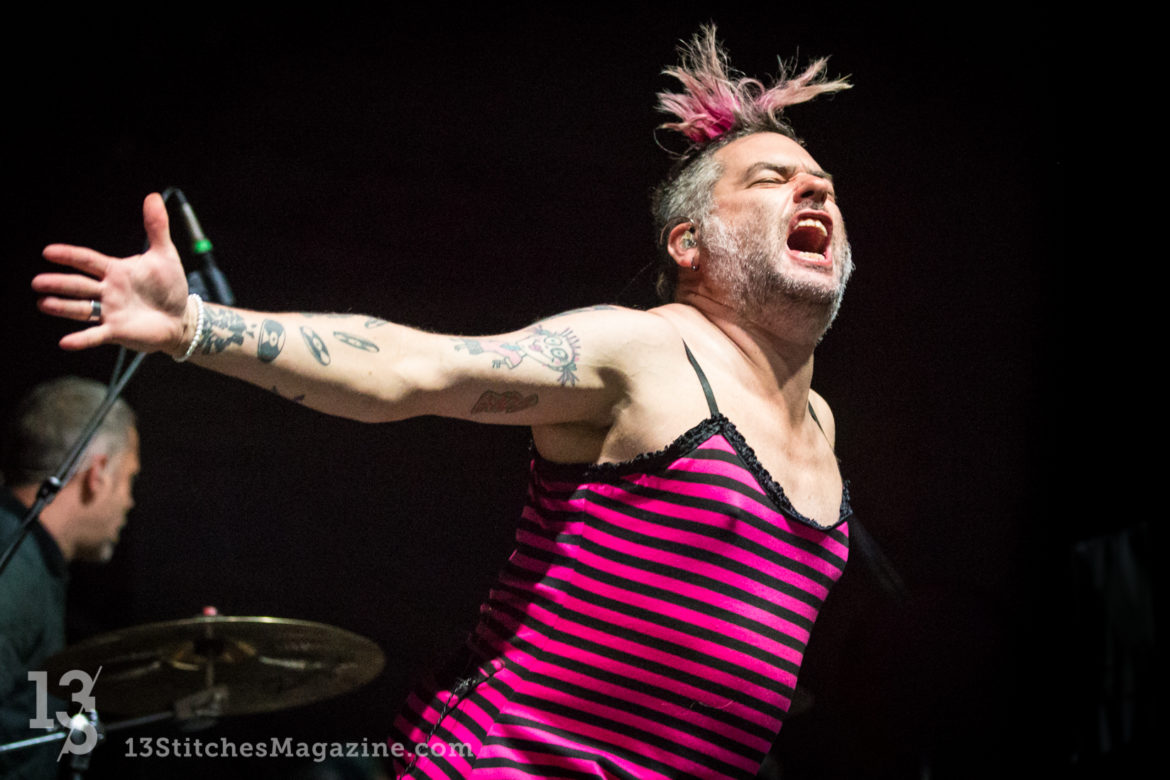 Fat Mike Breathes Life Into The Concept of “Punk In Drublic” 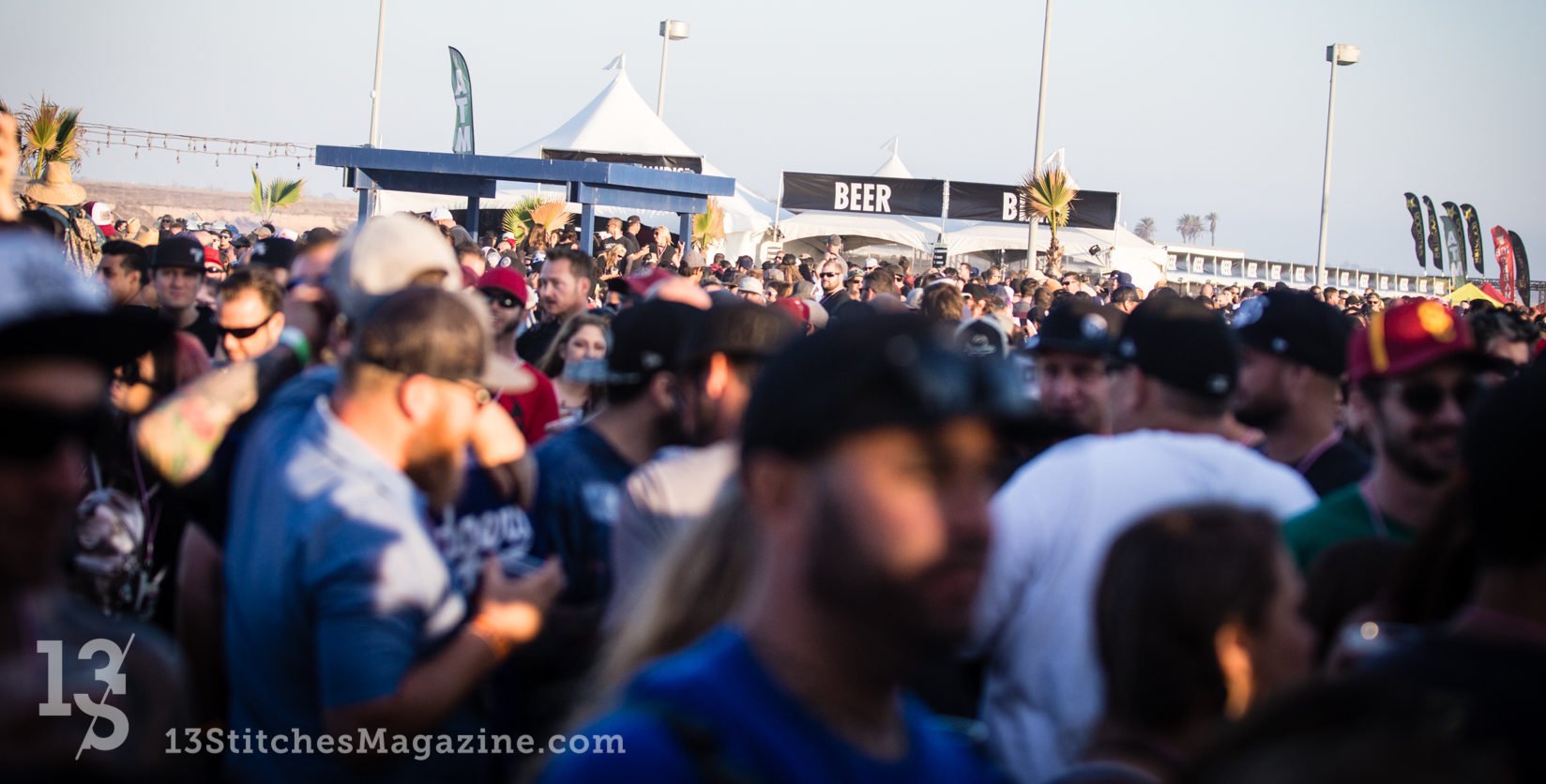 NOFX headlined the Fat Mike production, Punk ‘n Brew Craft Beer and Music Festival on October 28, 2017. The event kicked off at 1:00pm with craft beer stands offering samples to an enthusiastic crowd. Right in the sand at Bolsa Chica State Beach, Punk ‘n Brew had a unique air about it. The lineup included NOFX, Bad Religion, Gold Finger, Strung Out, The Dickies, DI, Ignite, and Faulkner and, in spite of some seriously sloppy patron mishaps, the event was exactly what I would expect. The experience started when we found the event parking lot and jumped onto a shuttle that promptly took us to the event (on the other side of town). A long walk on the beach to the front gates resulted in a quick search and entry to a crowded narrow path along venders and out-houses (beer returns) that sported a 30-45 minute line all afternoon and into the evening. Even after the free beer tasting ended, beers were available at a reasonable price of $10 each. 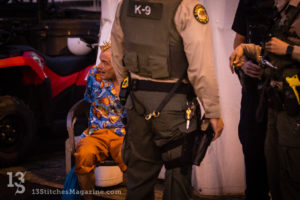 The VIP area rested to the right side of the stage, with a fence separating the crowd from the back stage area. This area was nice because it wasn’t as belligerent and tight as the main audience. The sand proved to complicate the set up of barriers and fences as was seen during Strung Out’s set when a couple areas were starting to be compromised. The pressure of the VIP crowd trying to catch a glimpse of the stage pushed the stage barrier into the sand, bringing down fences and prompting a temporary hiatus to the music. The event staff promptly found ways to ensure audience safety and get the bands back in action. For a crowd who had been drinking in the direct sun since 1:00pm, the crowd entertained themselves with a little sand throwing and a bit of pushing. Goldfinger did everything in their power to reset the audience, playing a fun and energetic set, but the tone had been set, this crowd was in rare form and they were going to take full advantage of the perceived free for all that was to ensue in the form of a couple brawls, occasional vomiting, and the security (and lifeguards) working hard to contain, and detain, the instigators of drunken obnoxiousness. 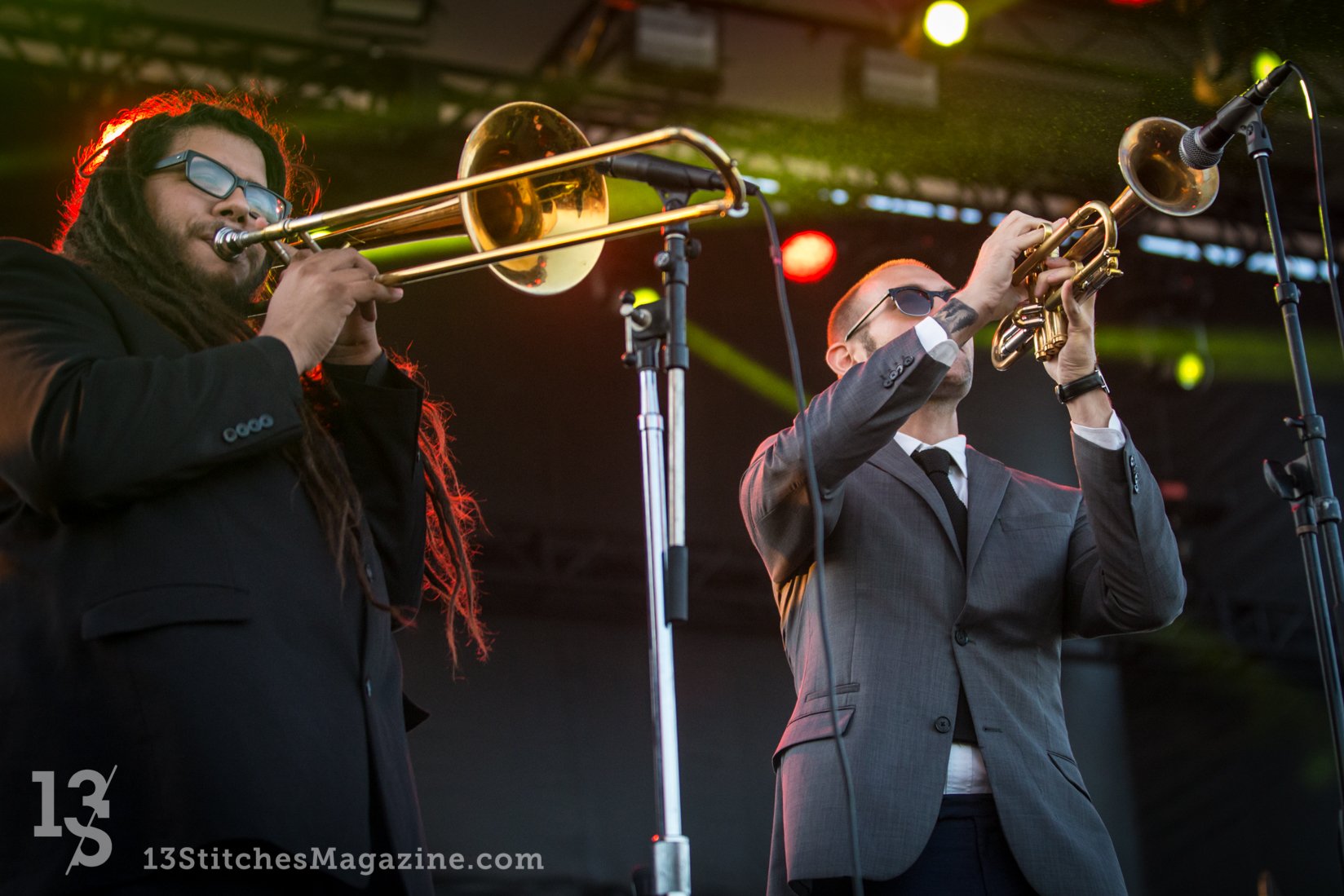 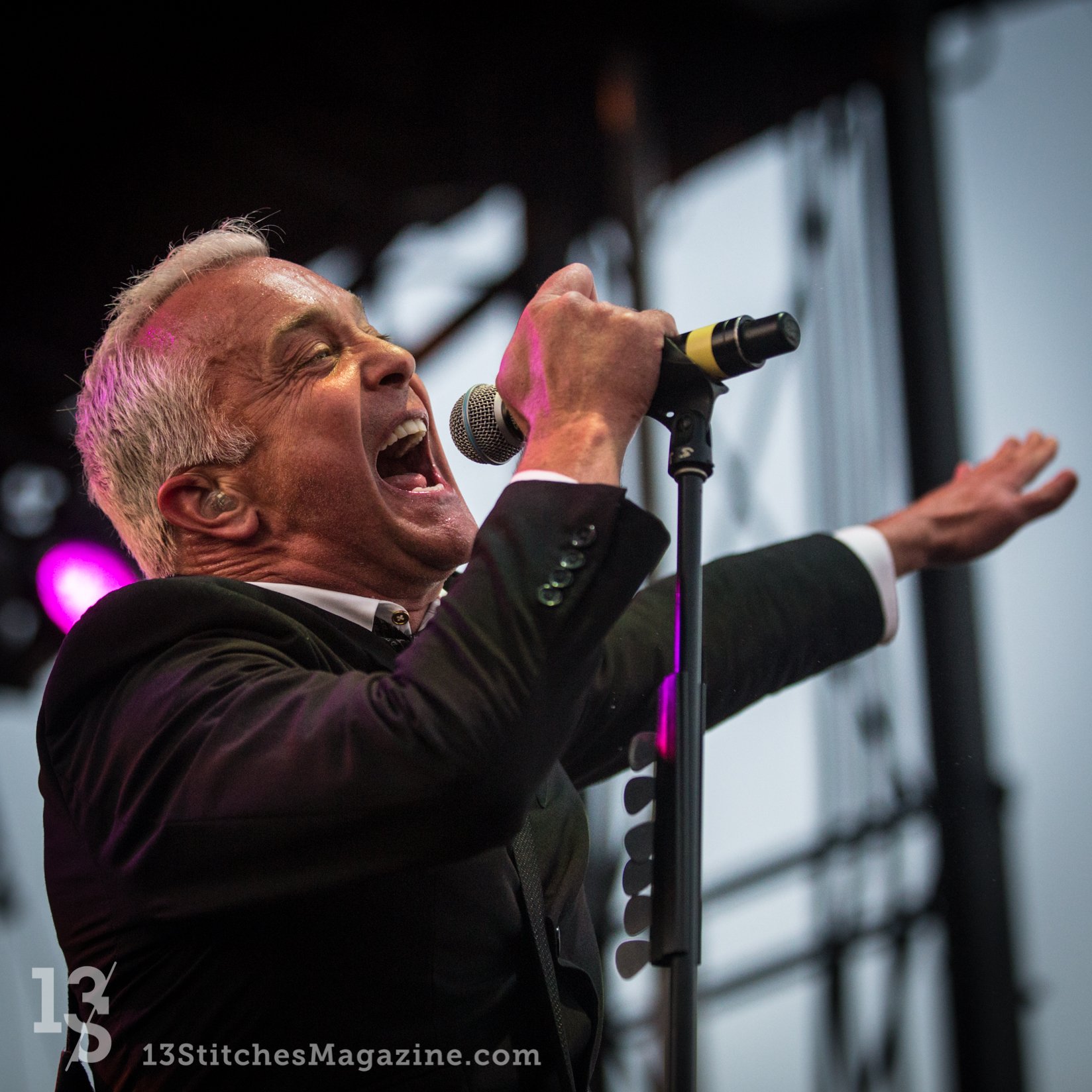 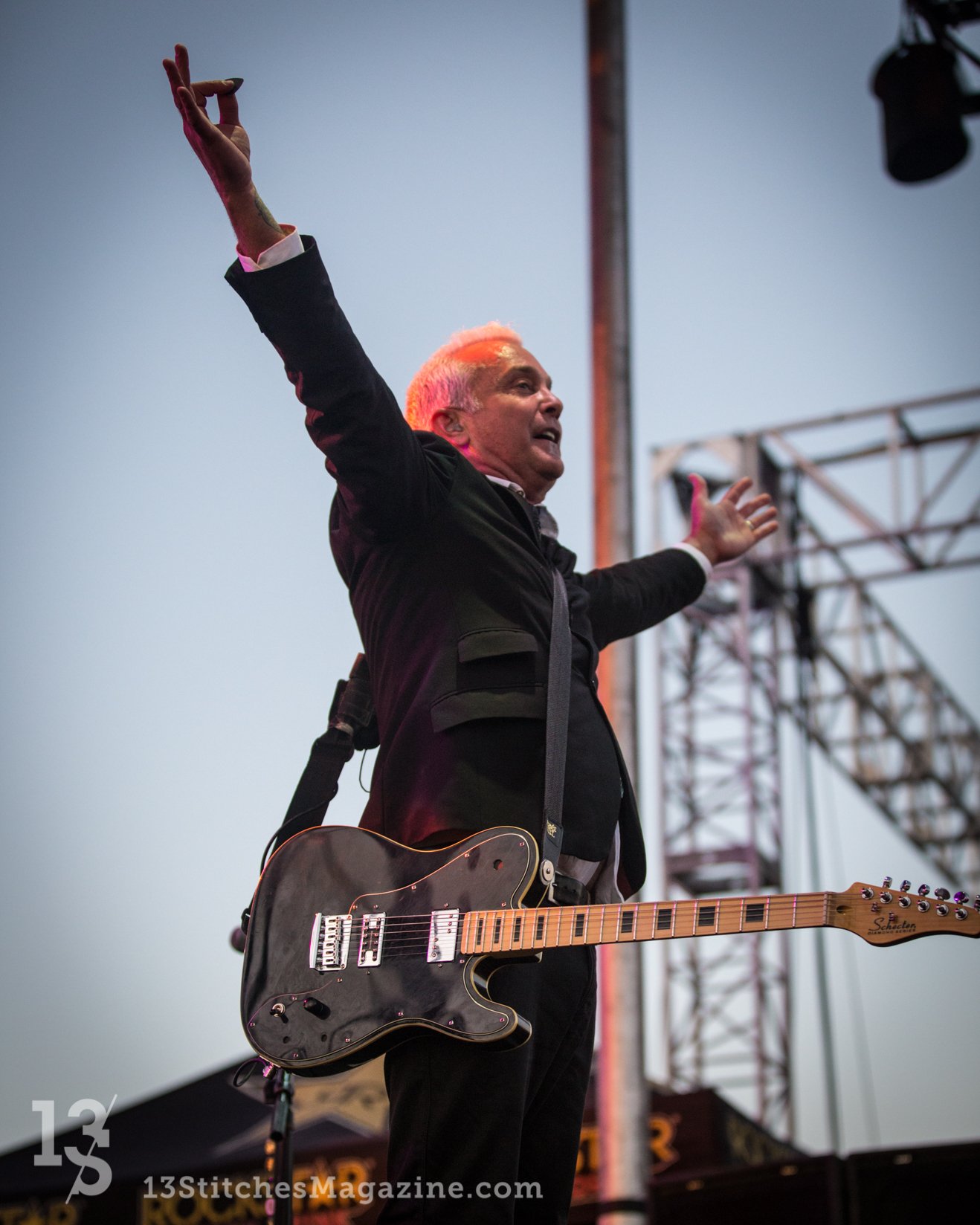 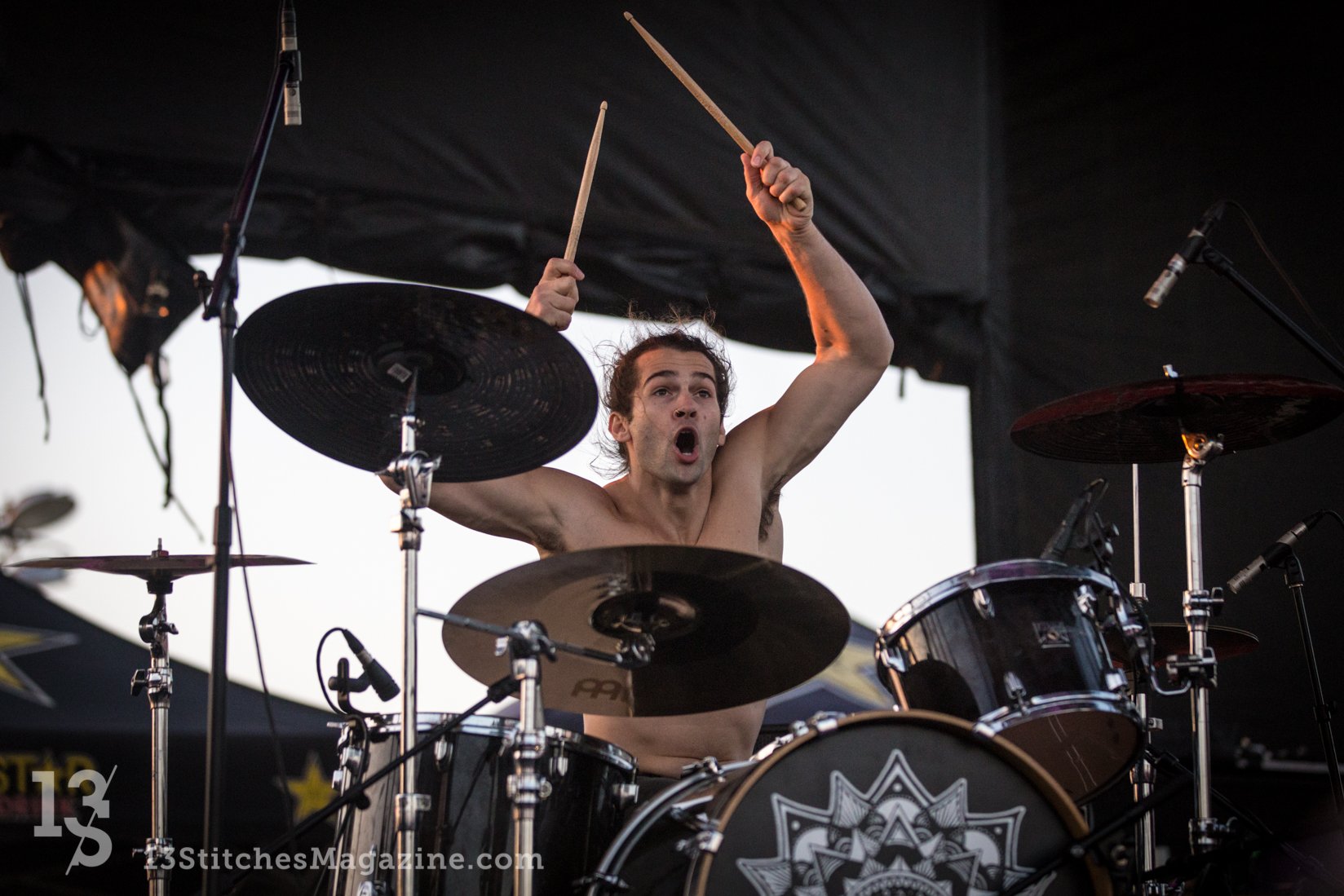 Bad Religion, however, took the evening back, demanding the attention of the crowd and earning their respect and fortitude. Playing all of their greatest hits, Bad Religion pulled the attention of the crowd to the unity of the music’s message and regained the brotherly camaraderie of an adult punk festival. Taking the stage with a set list that included, “Stranger Than Fiction” and “Infected” (Stranger Than Fiction, 1994), “No Control” and “Change of Ideas” (No Control, 1989), “Anesthesia” (Against the Grain, 1990), “Fuck You” (True North, 2013), and “Suffer” (Suffer, 1988), Bad Religion was political, motivating, and professional. Bad Religion’s set brought order to the chaotic audience. Lead singer, Greg Graffin connected with his band and his audience, delivering the trademark powerhouse performance that fans have come to expect of Bad Religion. I counted 6 full sized pits during Bad Religion and song after song delivered whole-hearted sing alongs. 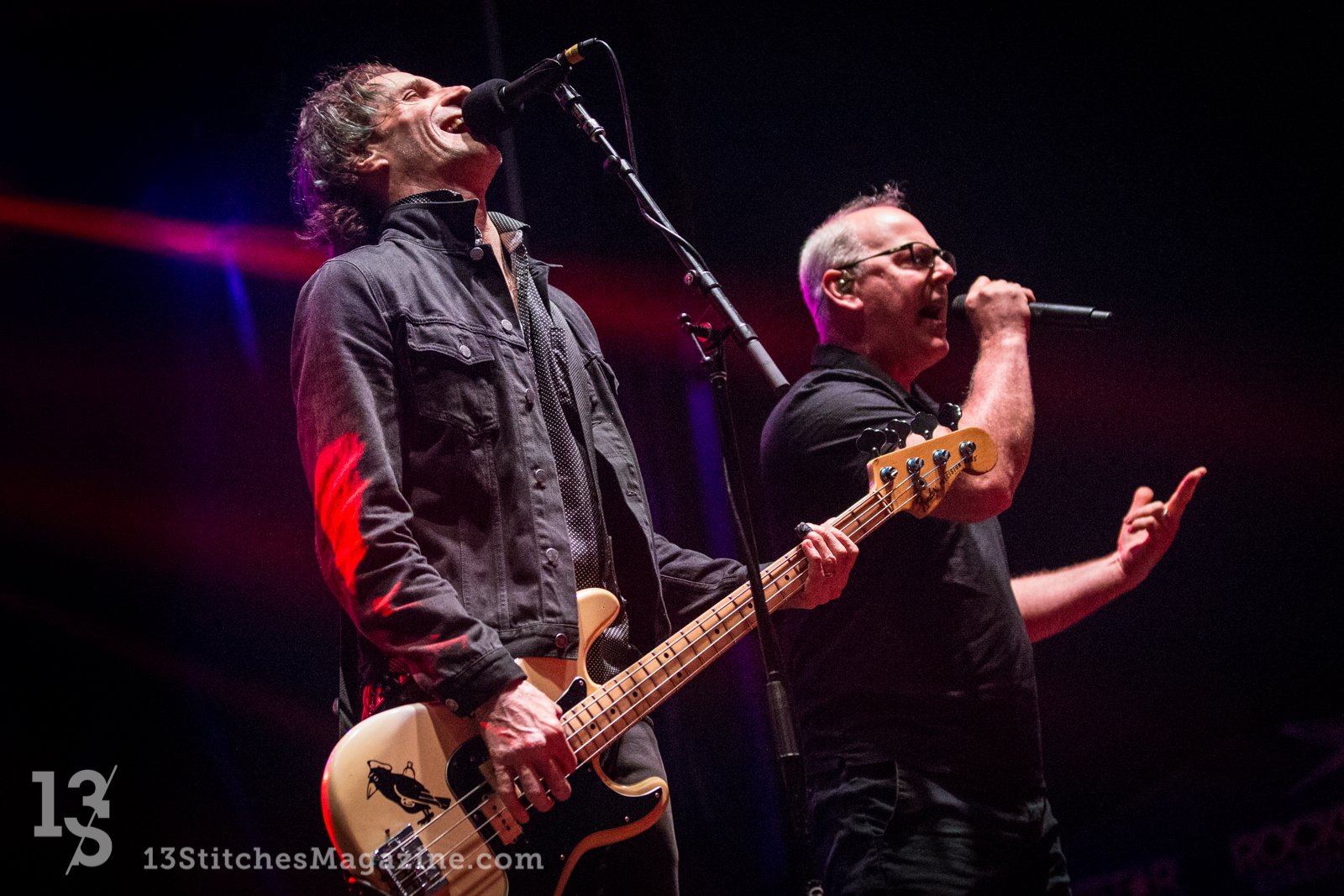 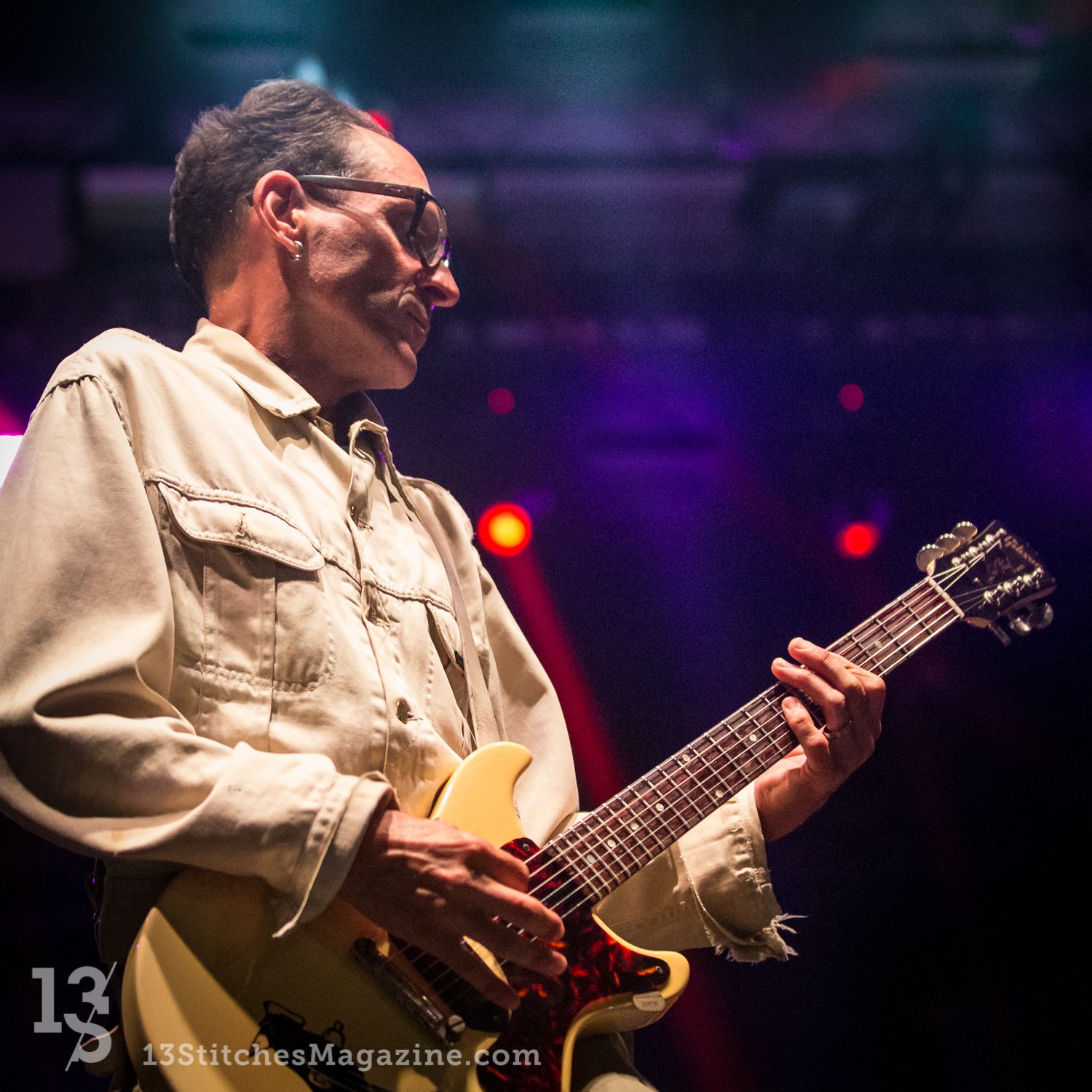 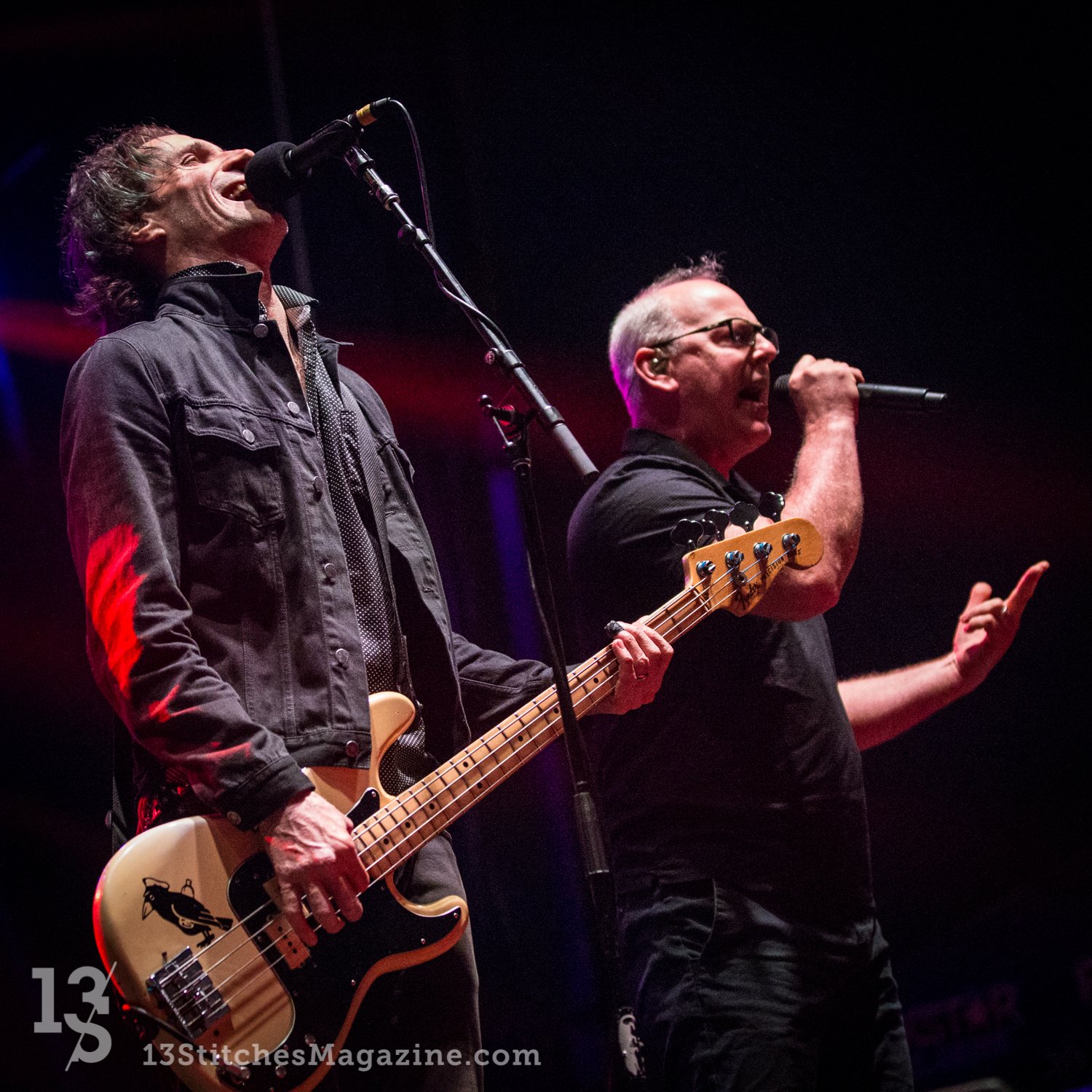 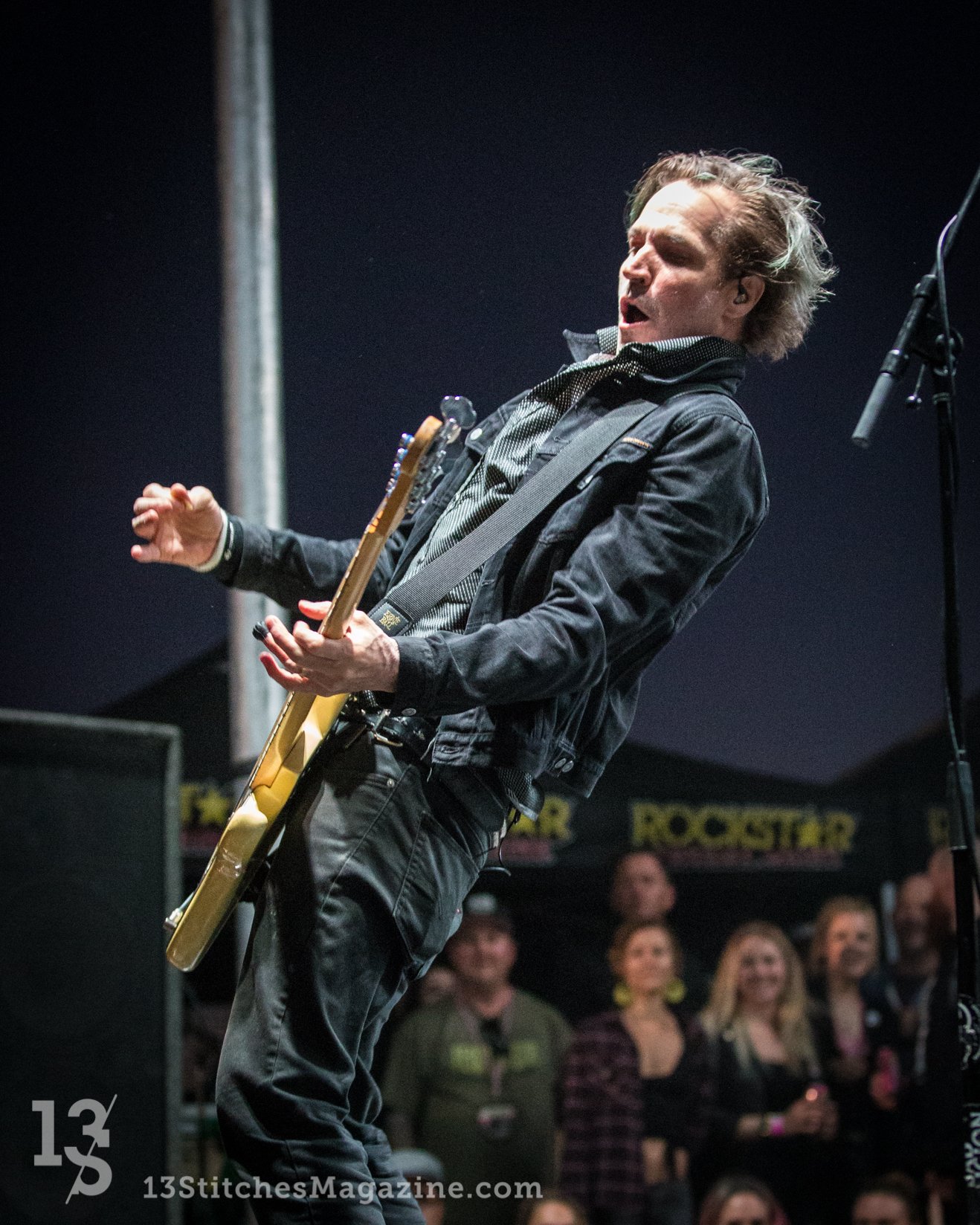 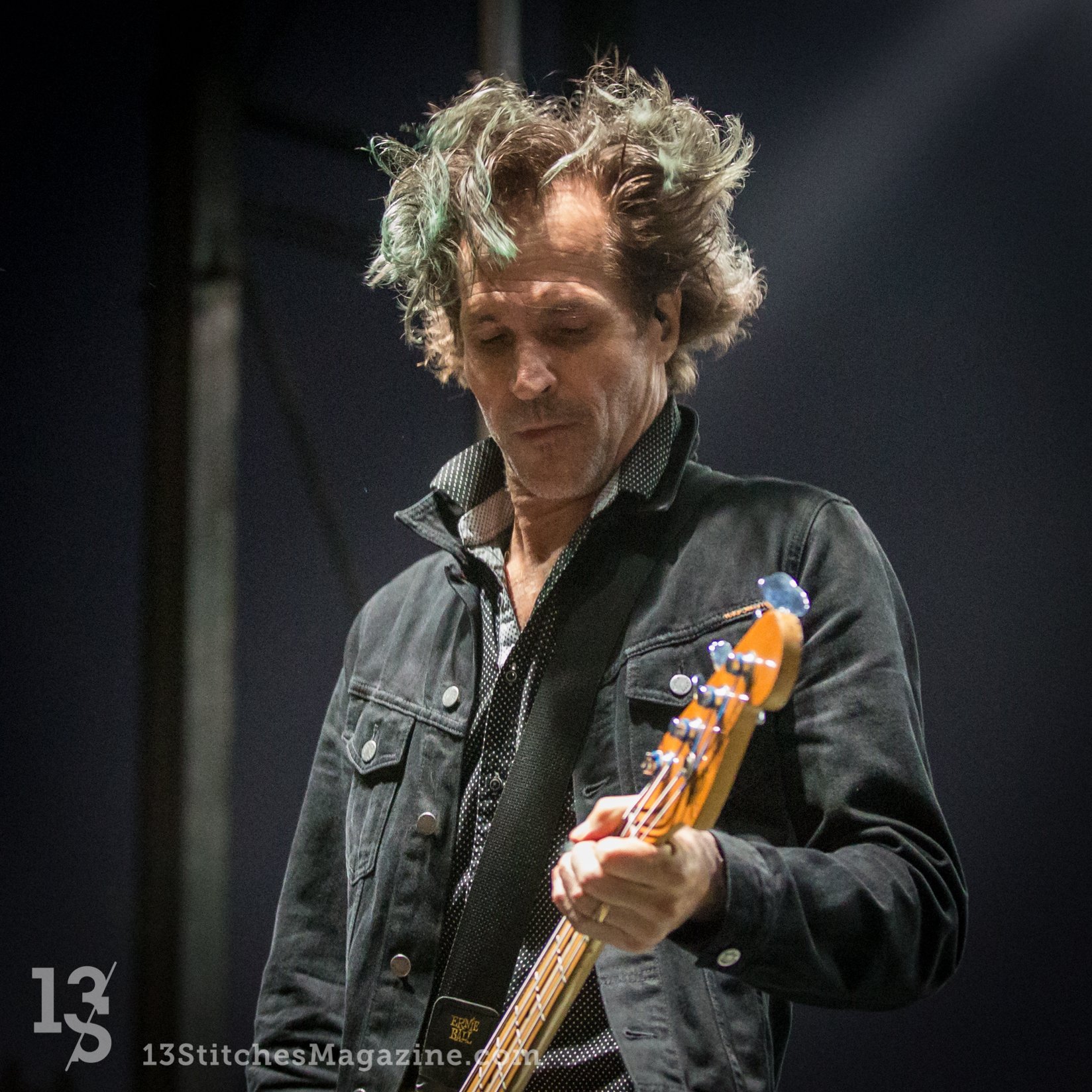 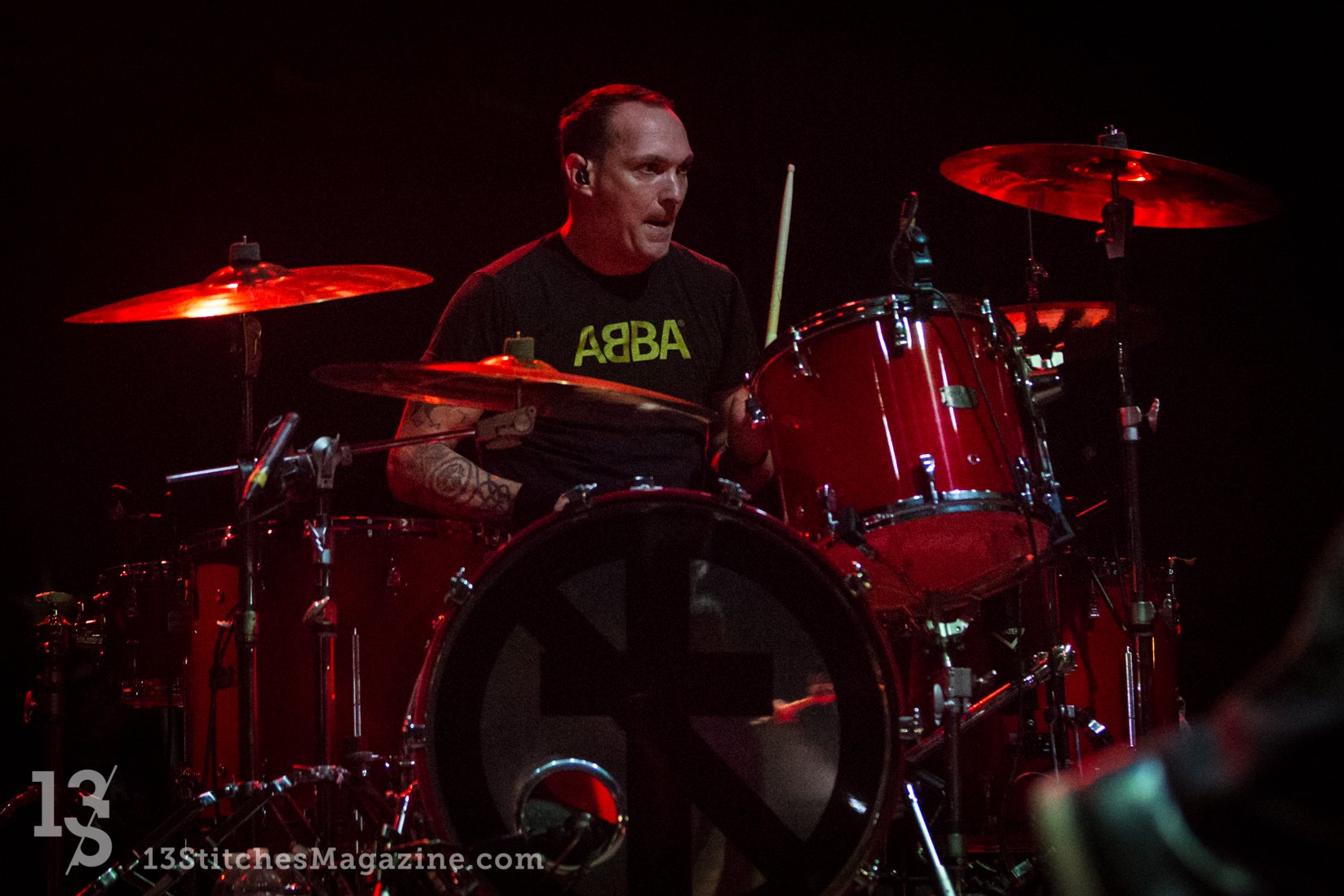 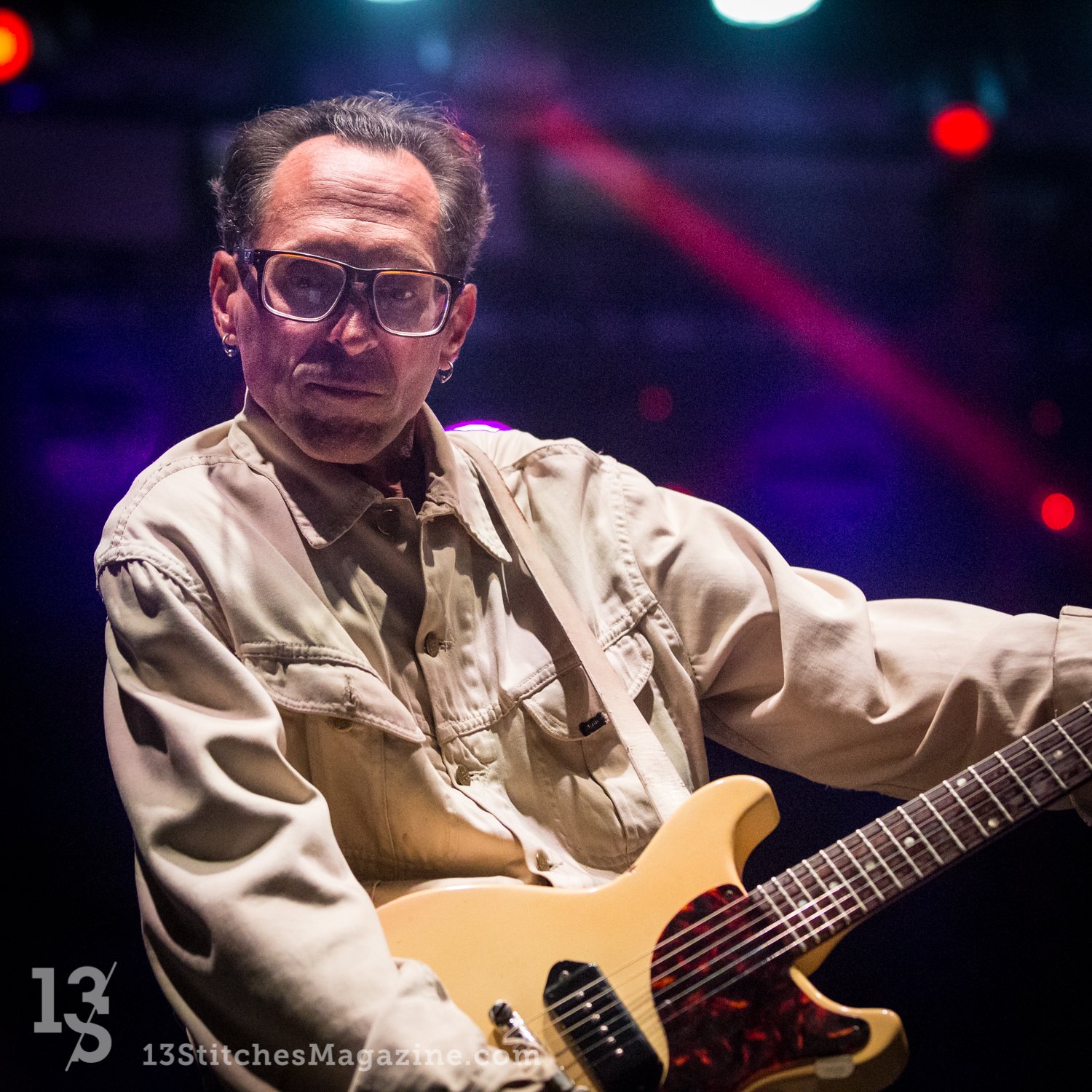 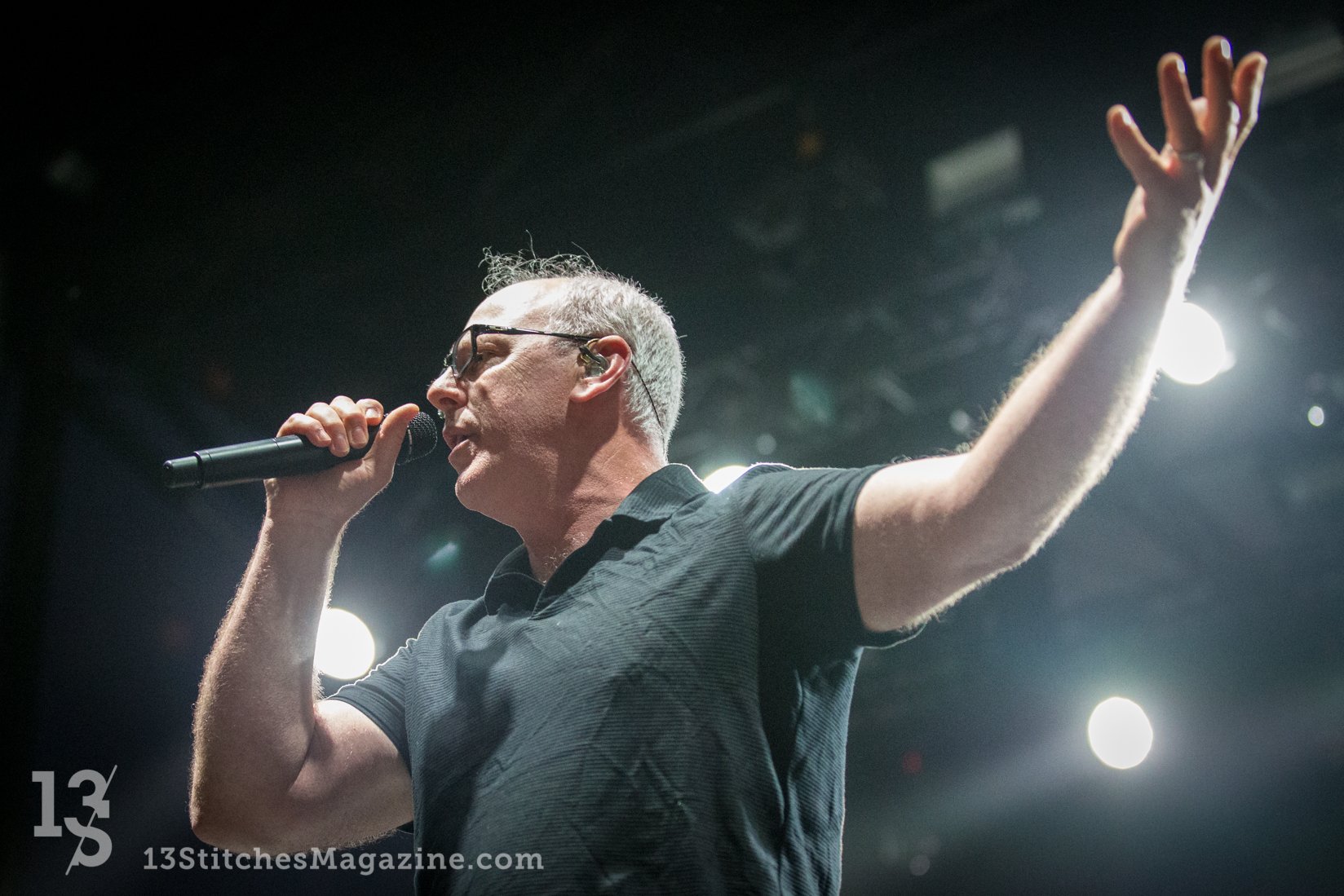 NOFX was, well, NOFX. Raucous, raw, unrehearsed, and super fun! Fat Mike seemed excited to be there and the band made note several times about the size of the crowd, who, tired of being squeezing into a bit of a virtual hallway all day and evening, broke down the venue’s temporary fencing and invaded the adjacent beach trail. Of course they did! I believe they had fun, I know I did. NOFX is always a treat to see live. They embody the very essence of punk and they refuse, regardless of their popularity or whether they are sponsoring an event, to be anything other than the band that we all fell in love with in the early 90’s; the fucked up, barely standing, bad joke telling, politically opinionated band that defines exactly what they set to be when they first started. NOFX are defiantly not sell-outs and clearly not finished being a consummate poster child for ‘Punk in Drublic’. 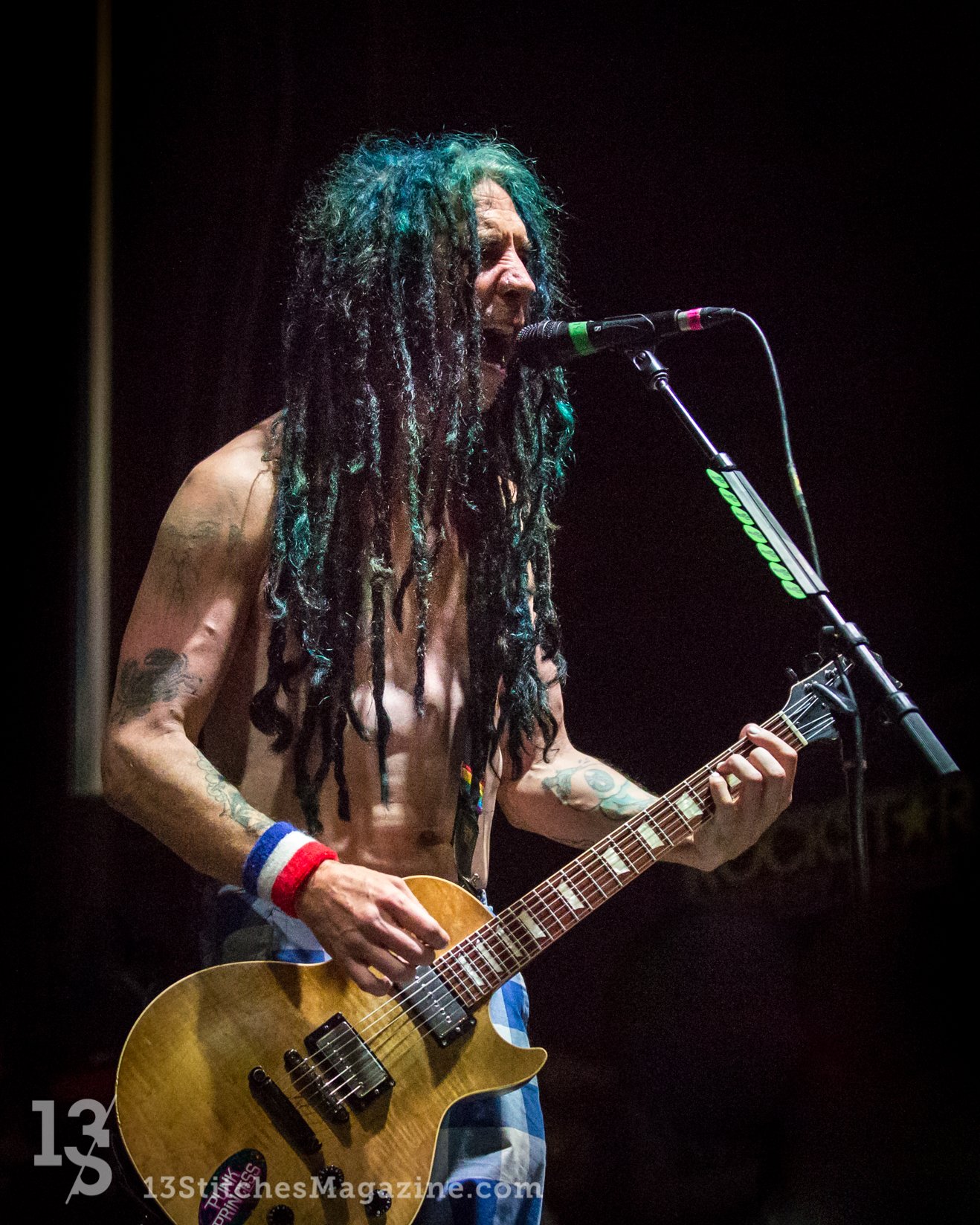 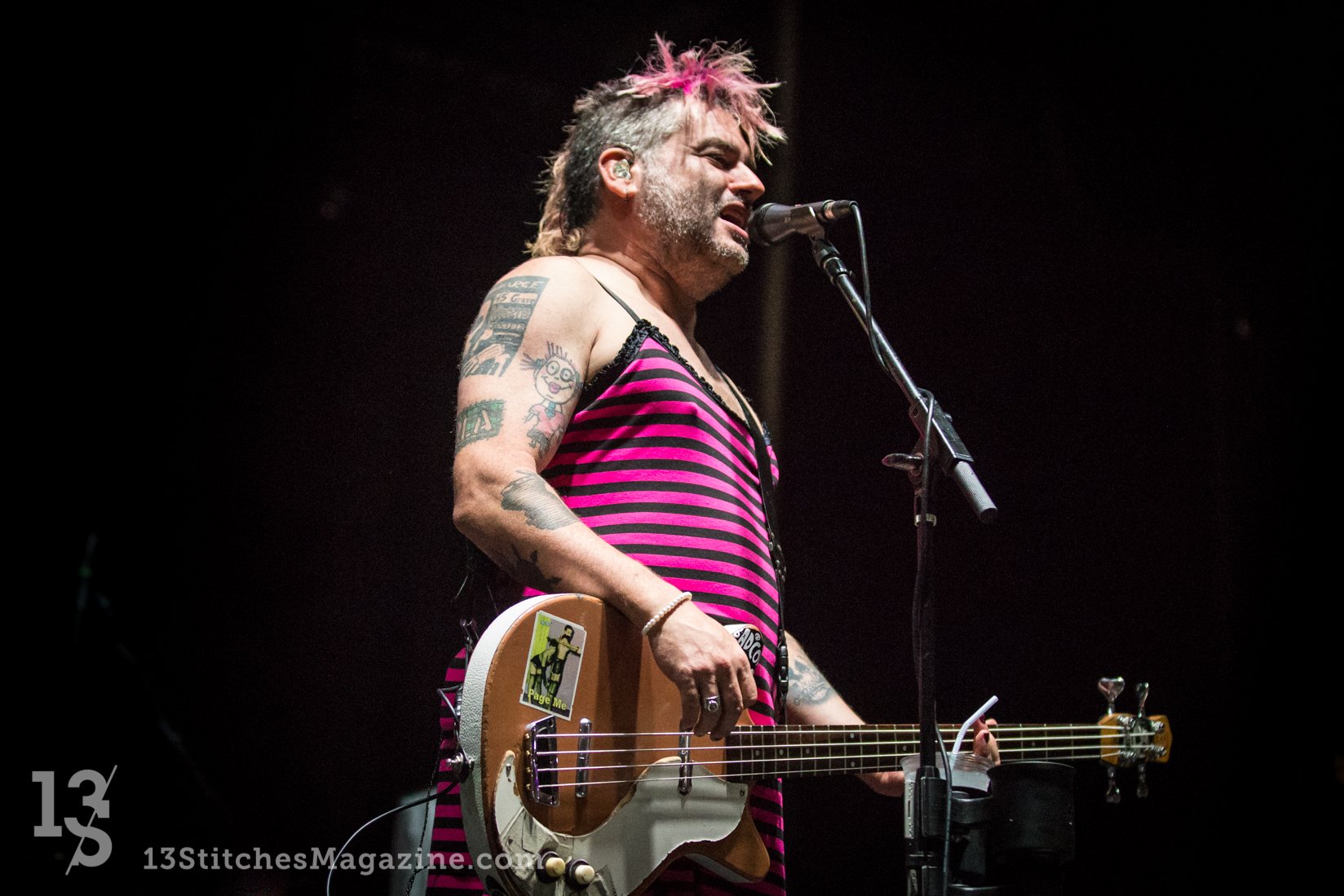 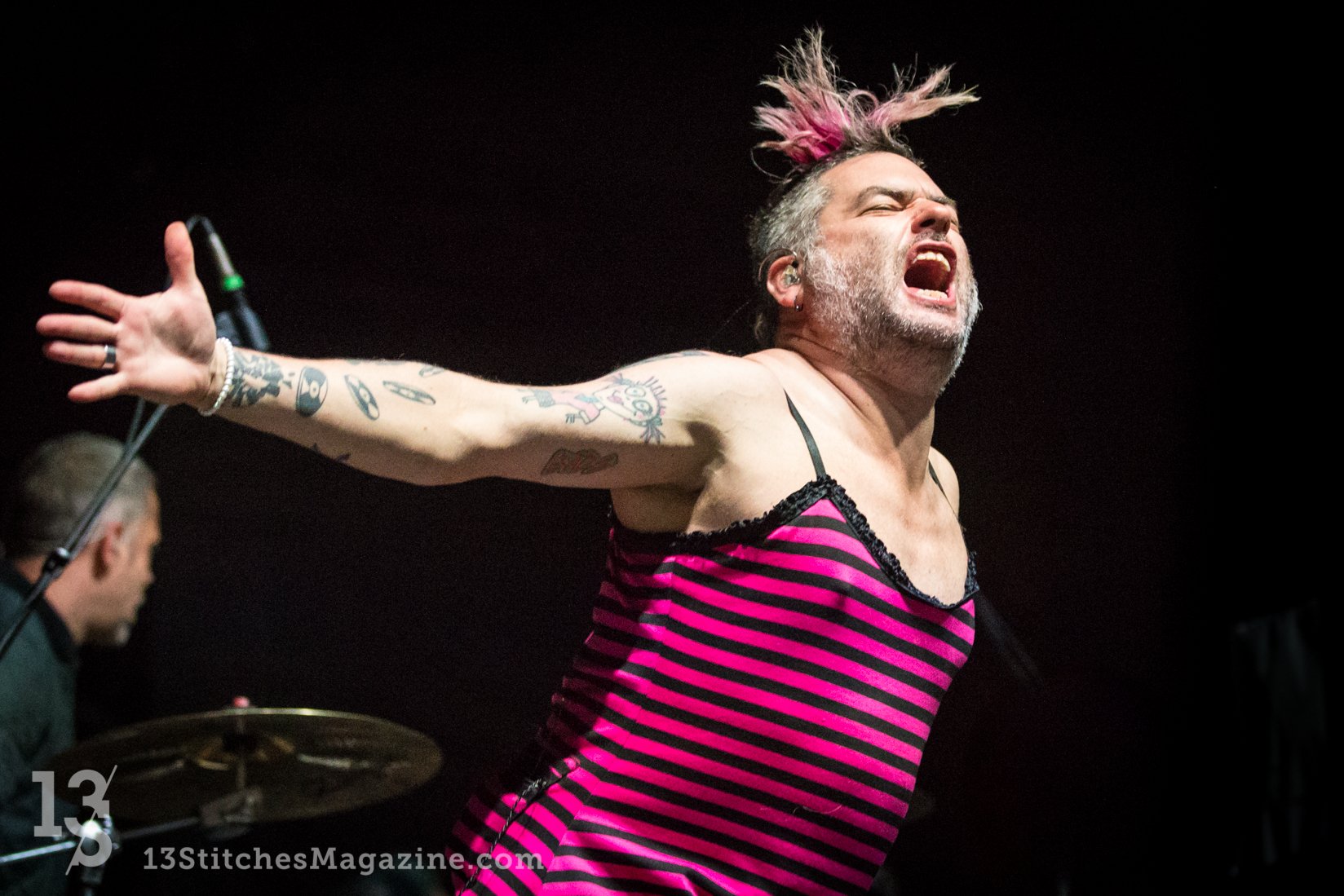 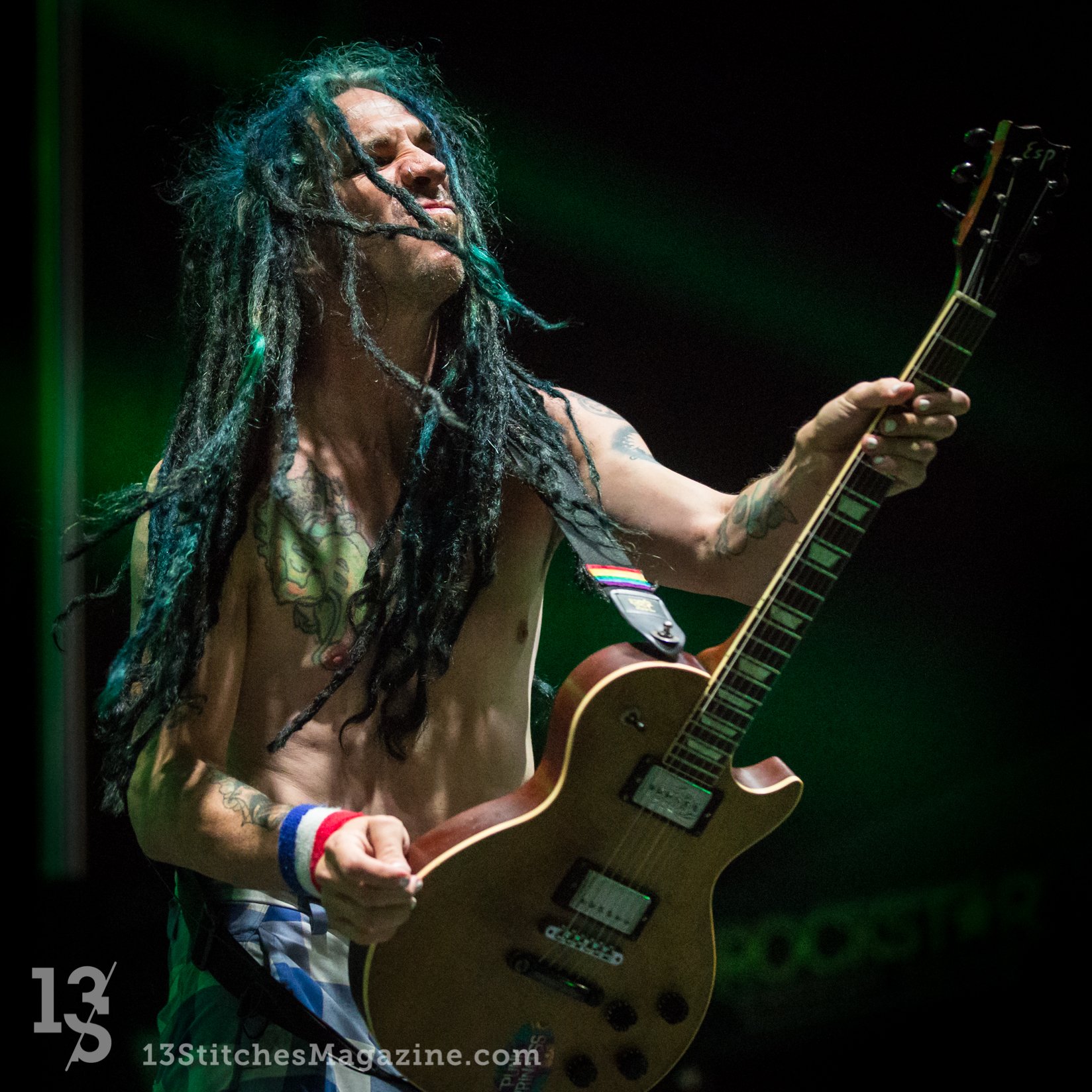 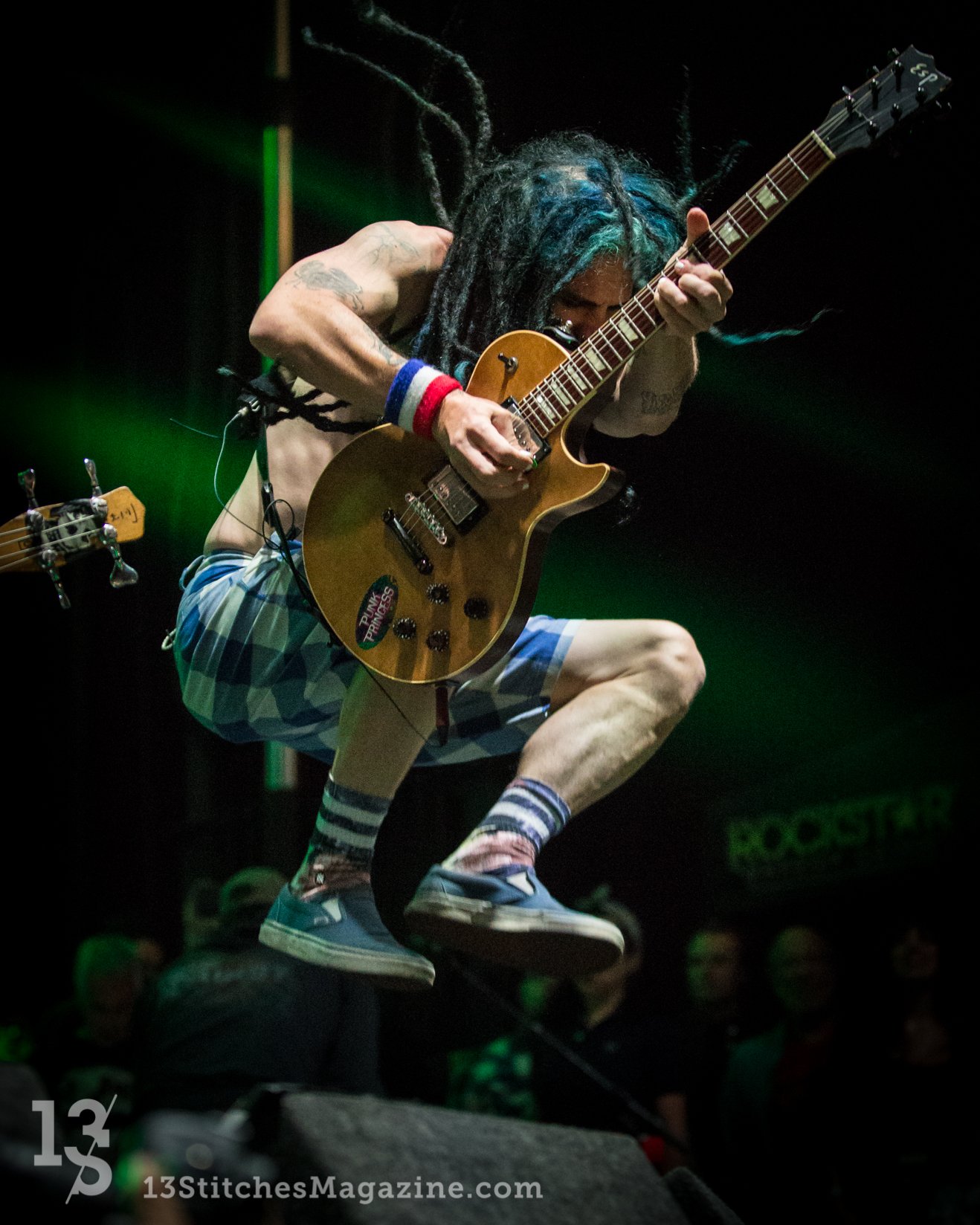 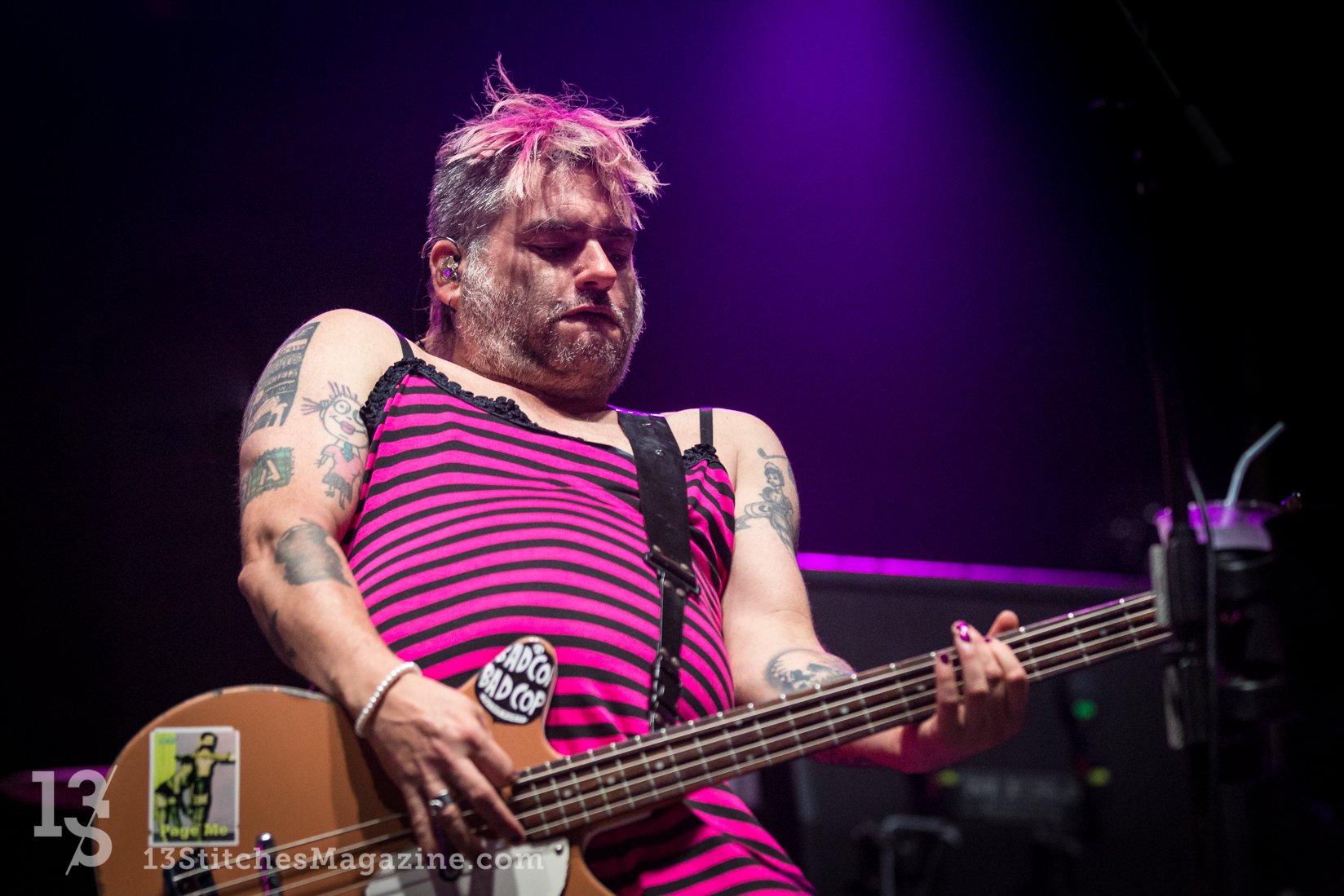 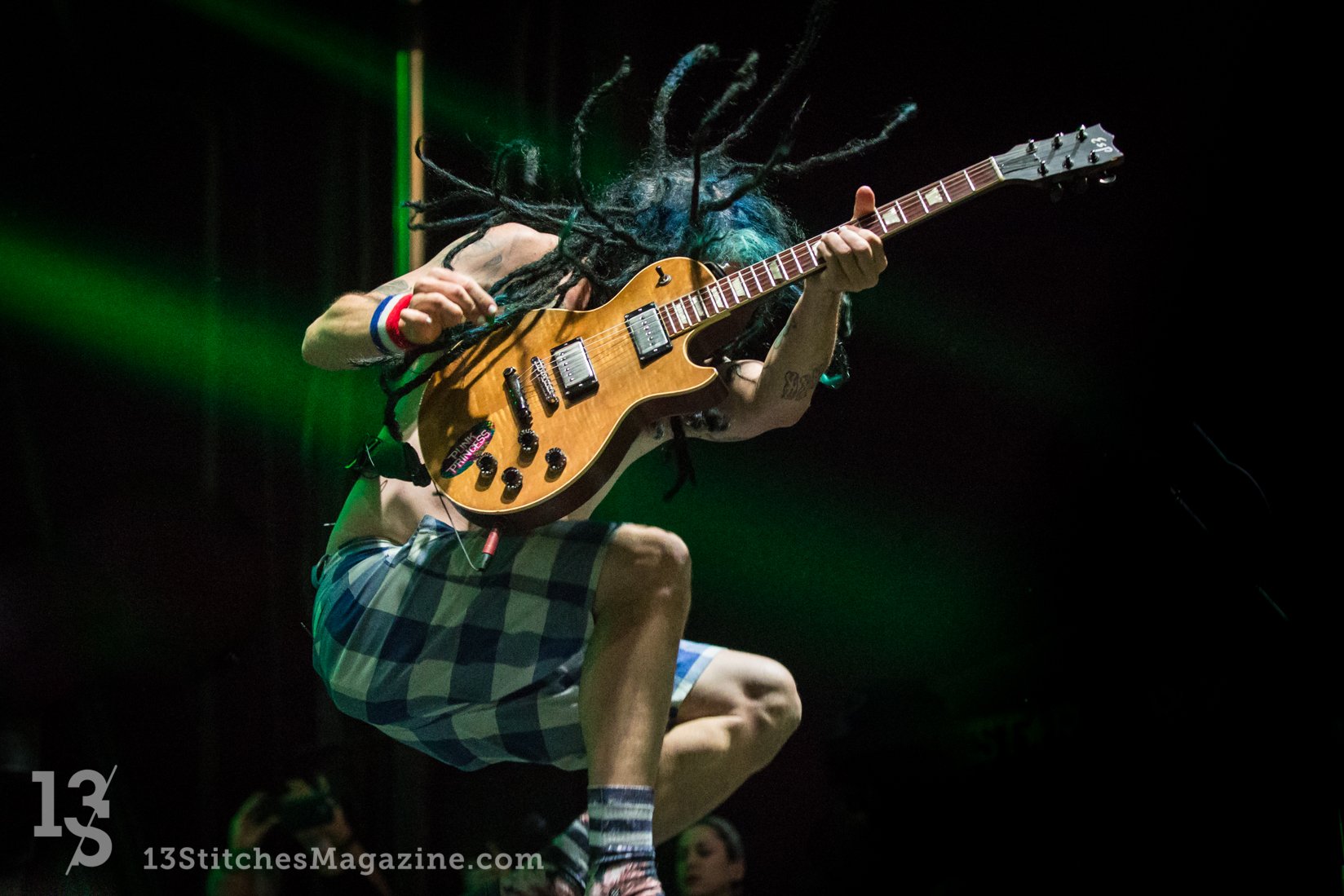 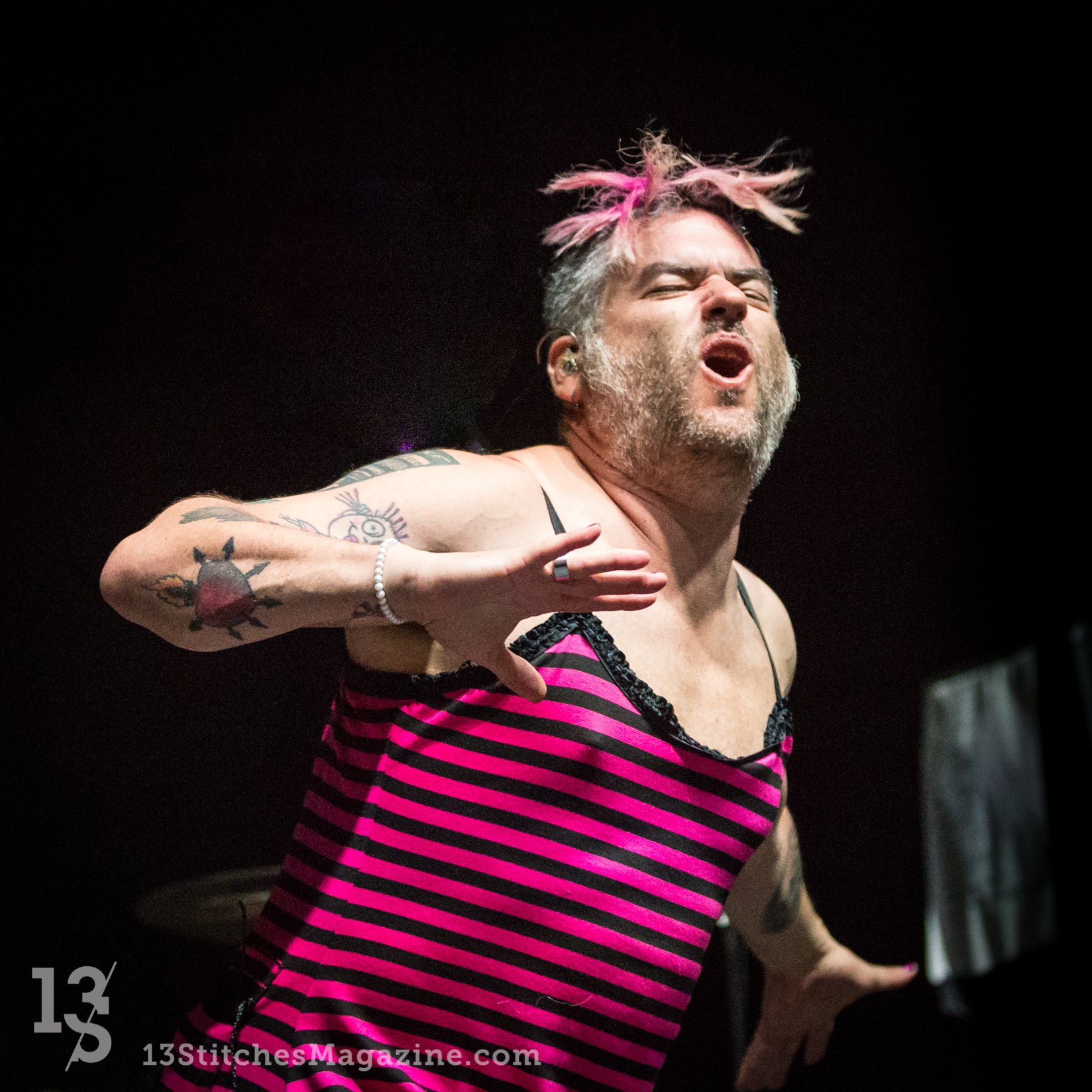