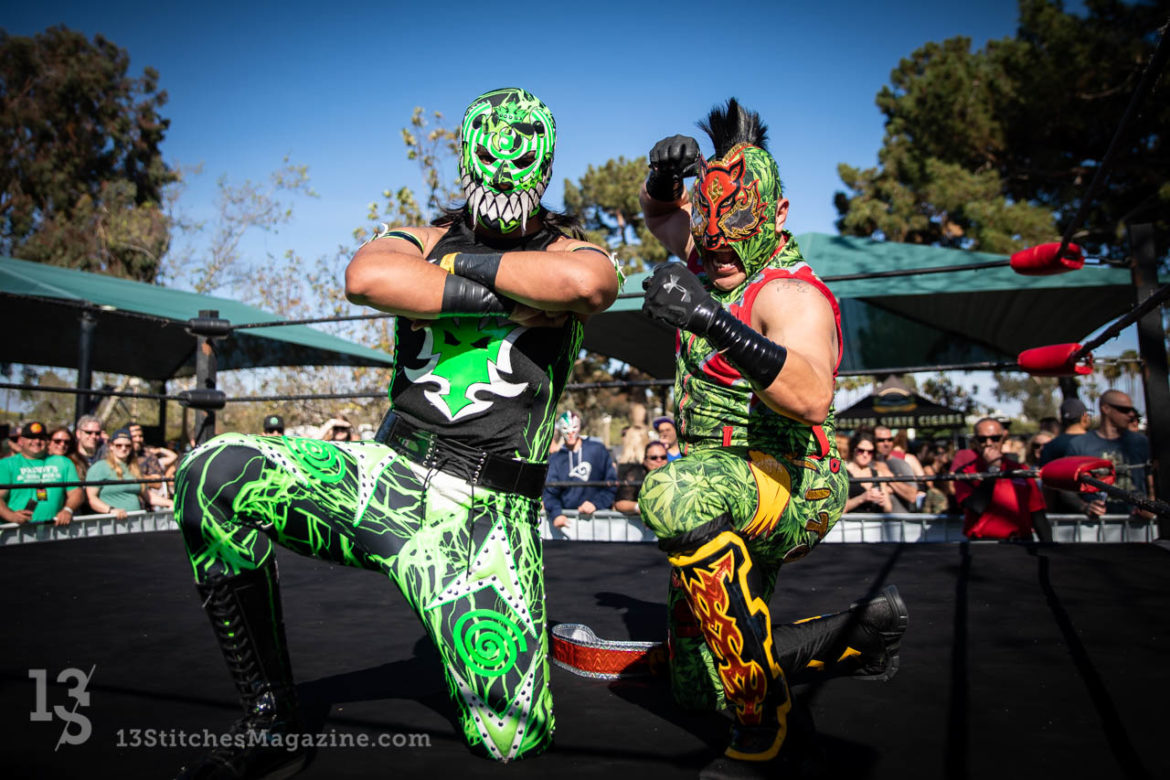 Free craft beer, tacos, beach chairs, ocean breezes, Lucha Libre Wrestling, and everyone’s favorite punk bands. As the 2019 Sabroso Festival provided a sneak peak of what heaven will look like, a new standard in festival going has been firmly established. Amidst the mellow backdrop of Dana Point’s Doheny State Beach, the Sabroso Festival took the new craft beer/punk festival trend and established an undeniable level of excellence in promotion and concert goer behavior. With ample restrooms, good food, a flexible policy on beach chairs and blankets, and endless entertainment, Sabroso Festival gets a thumbs up! 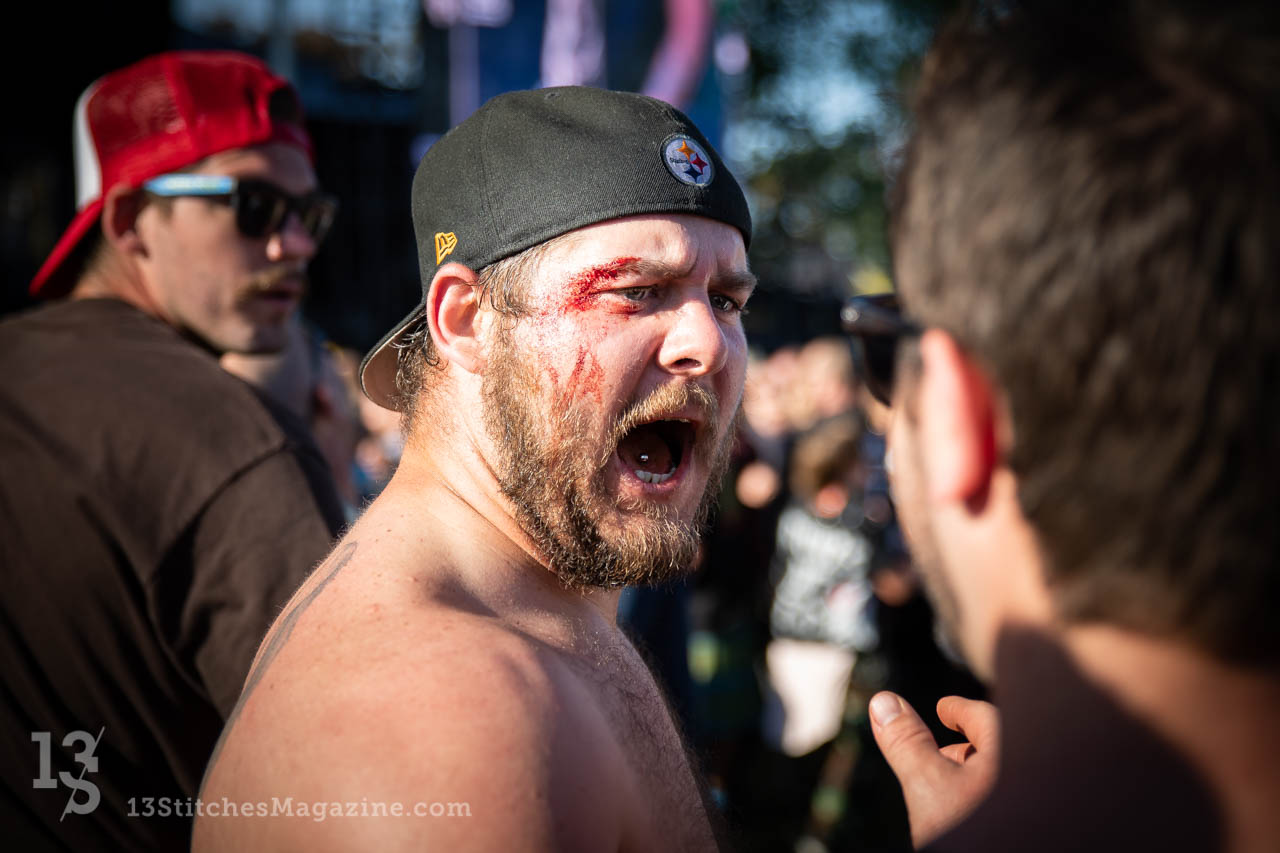 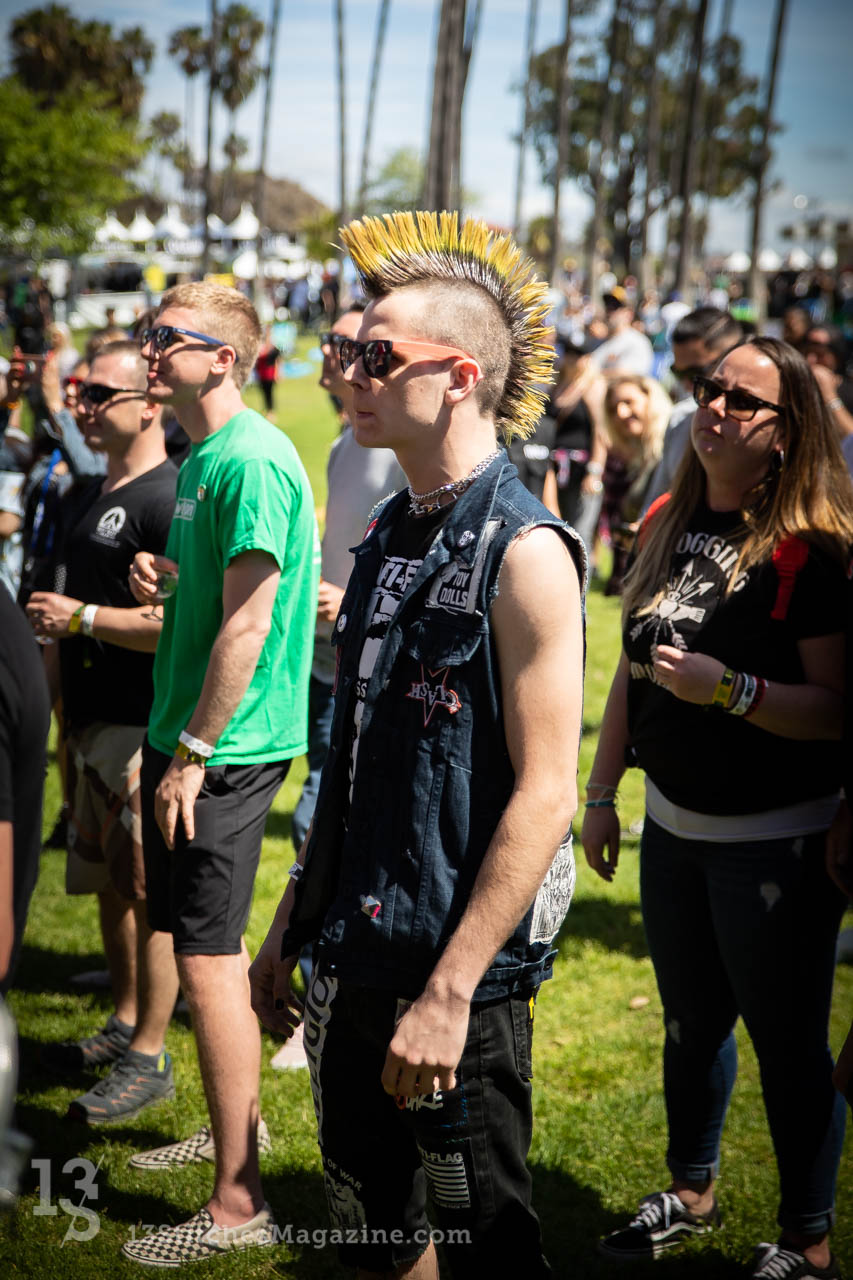 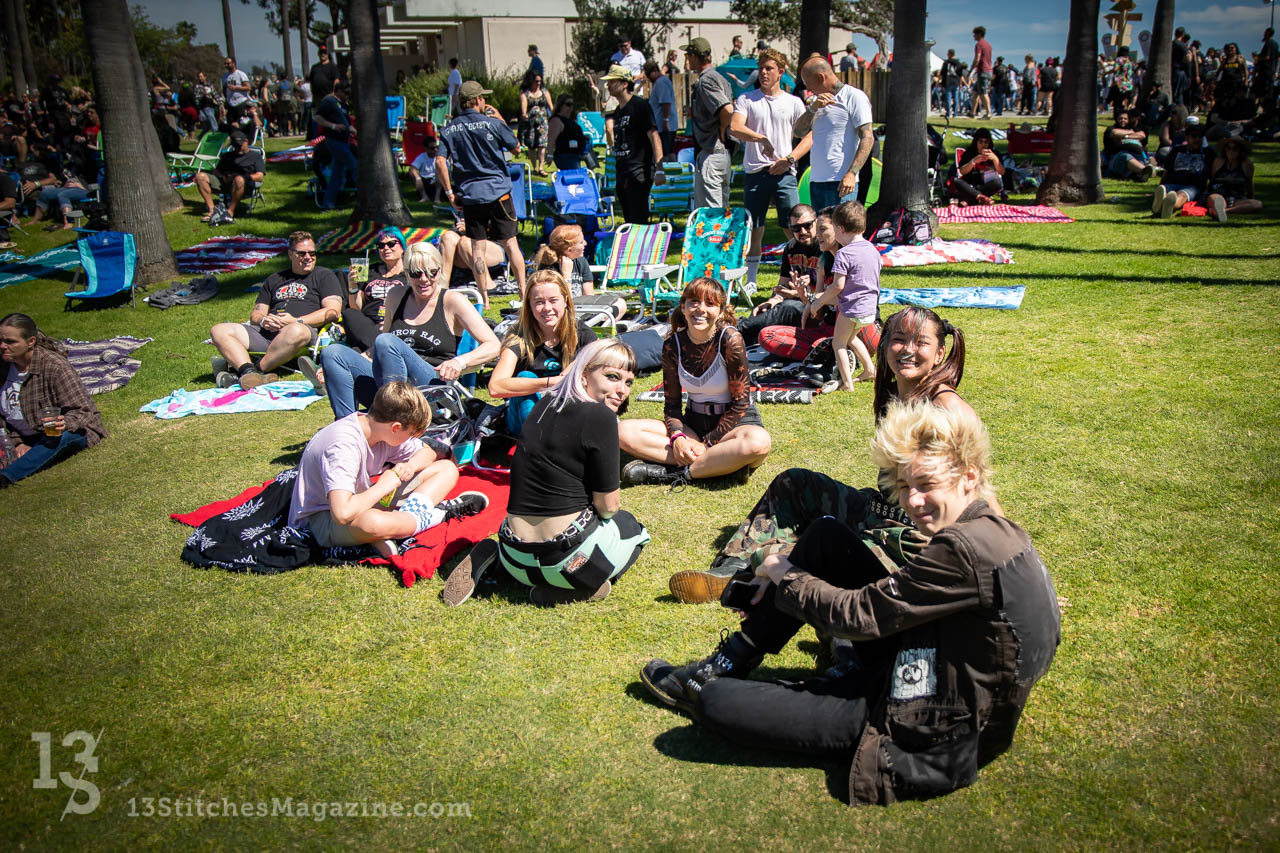 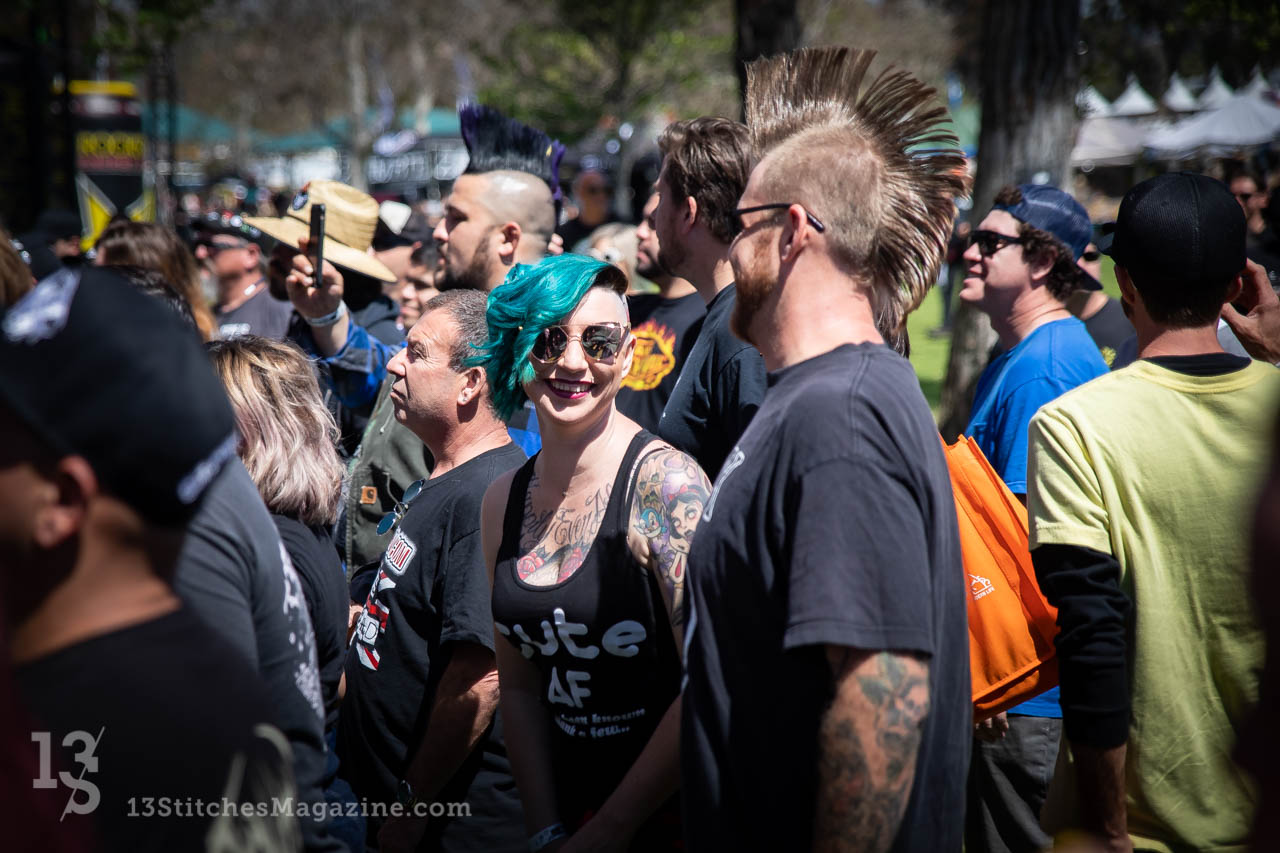 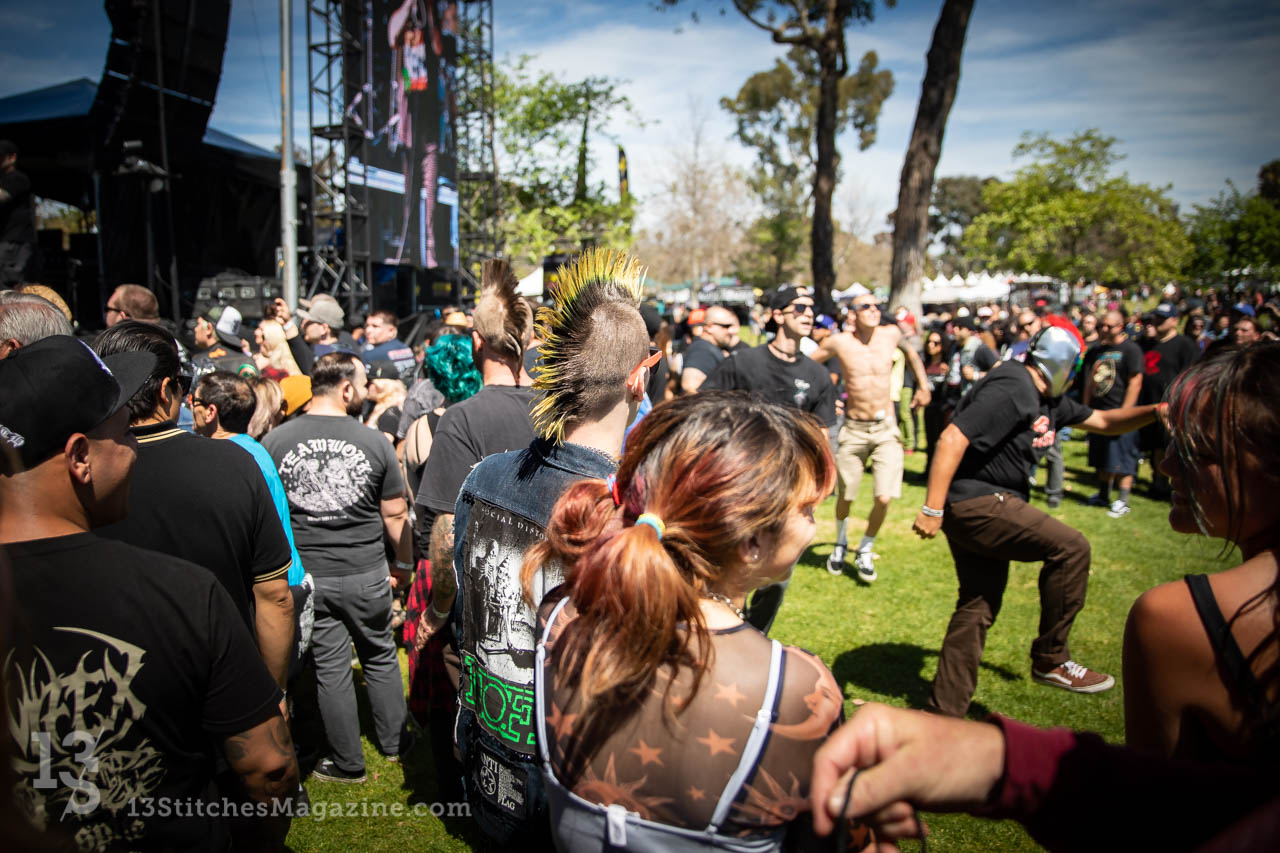 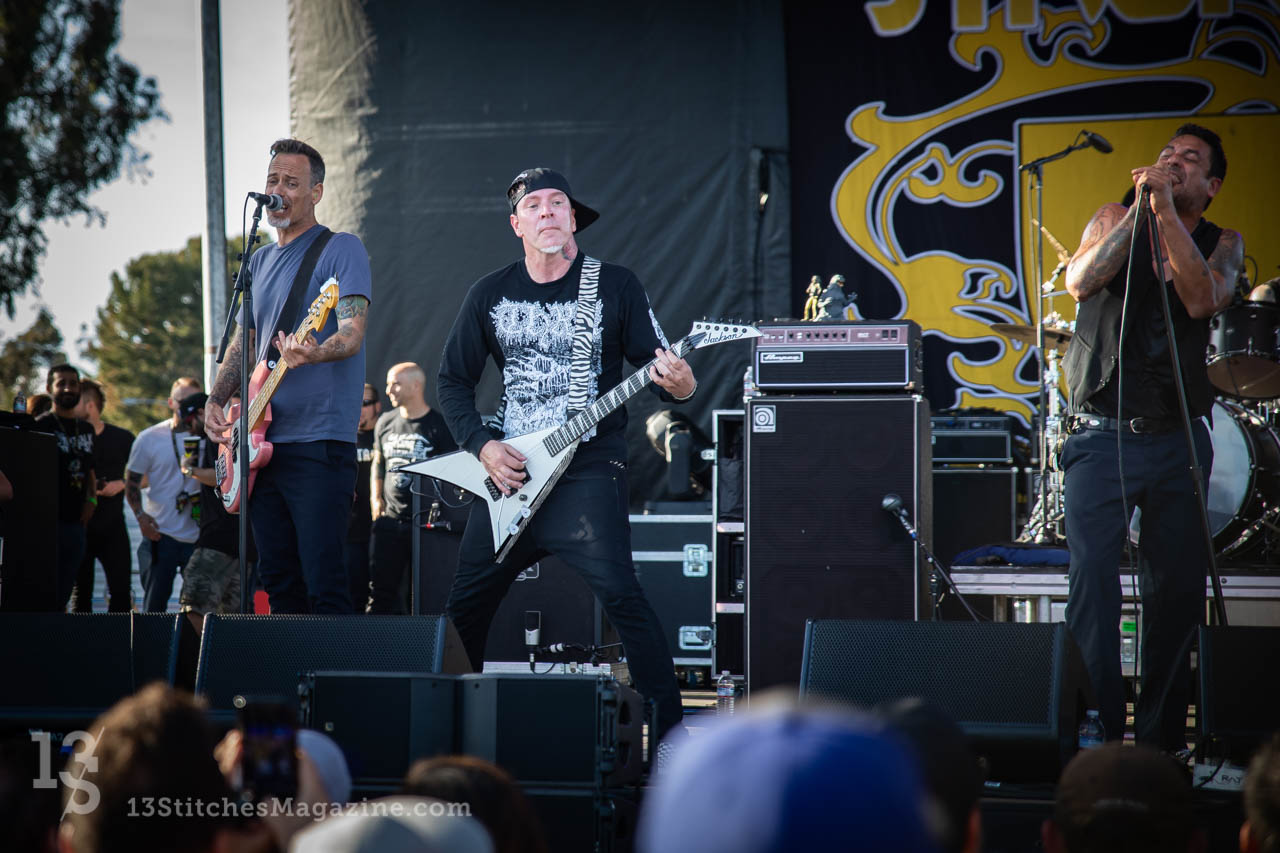 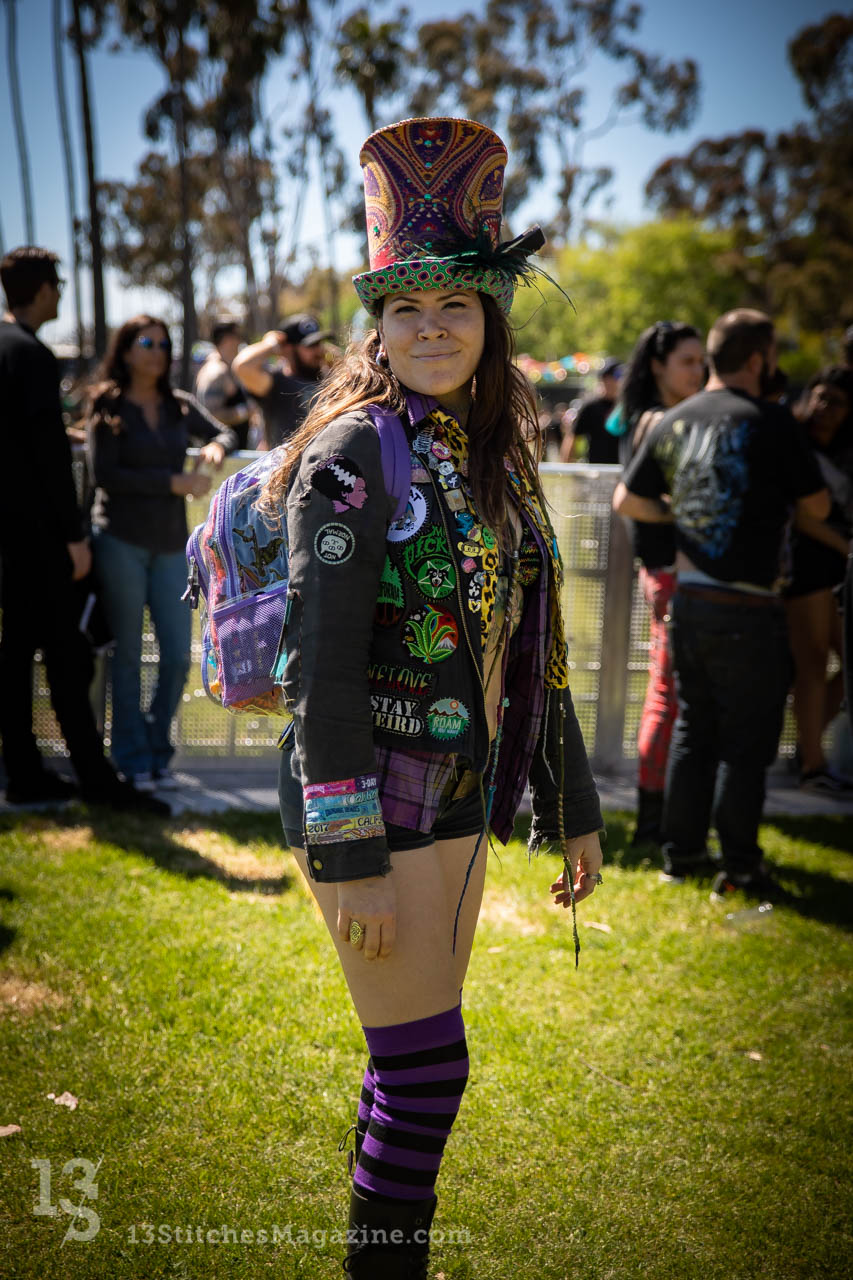 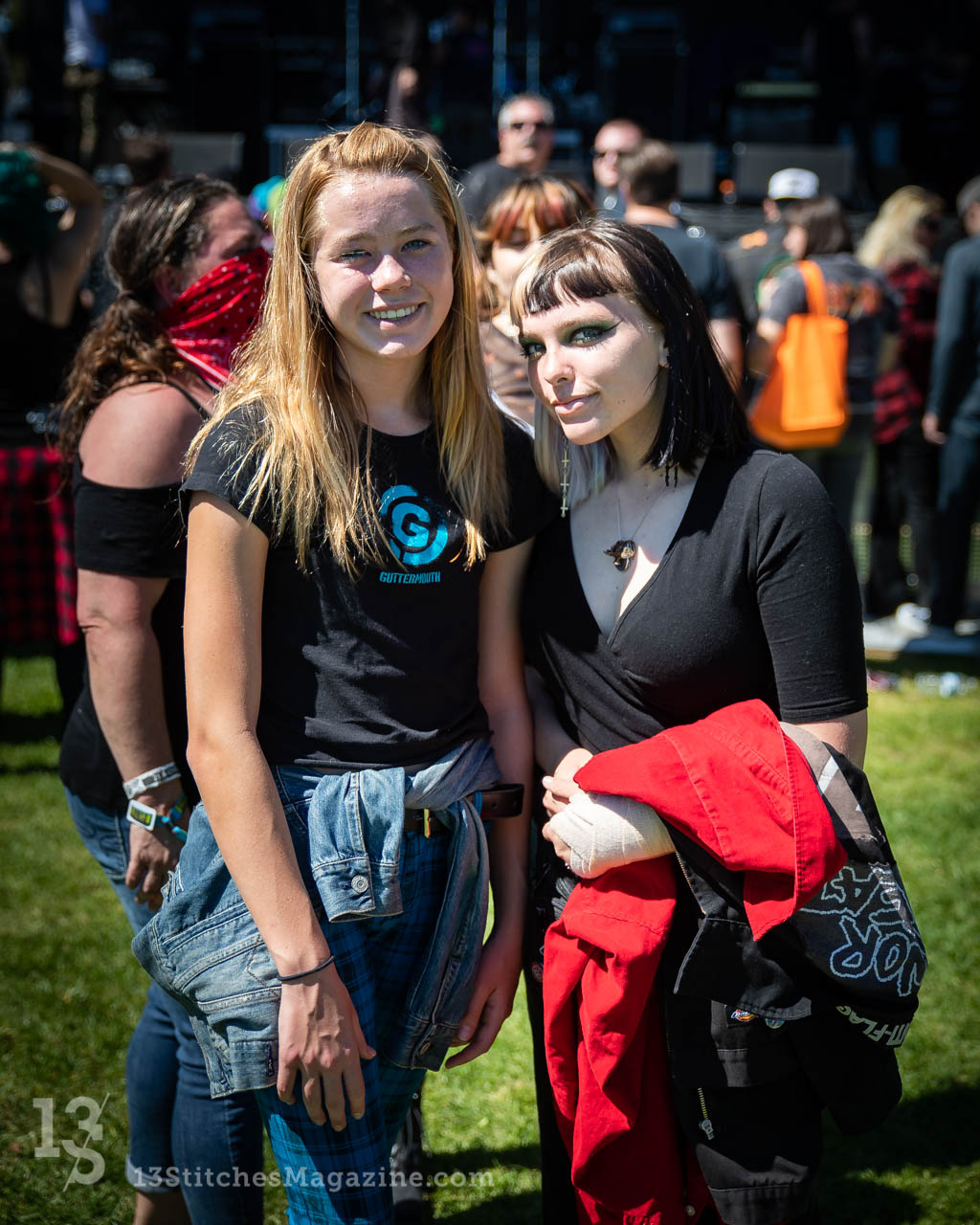 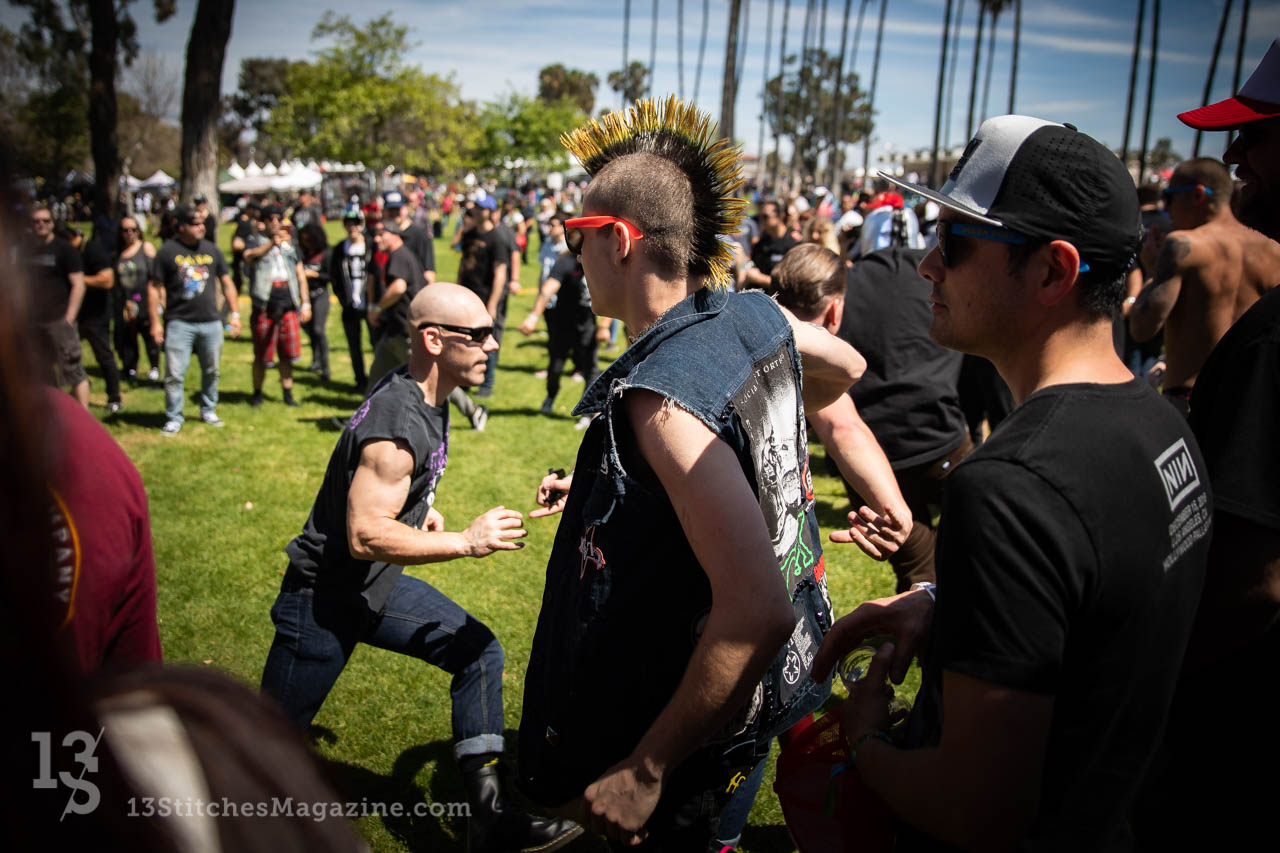 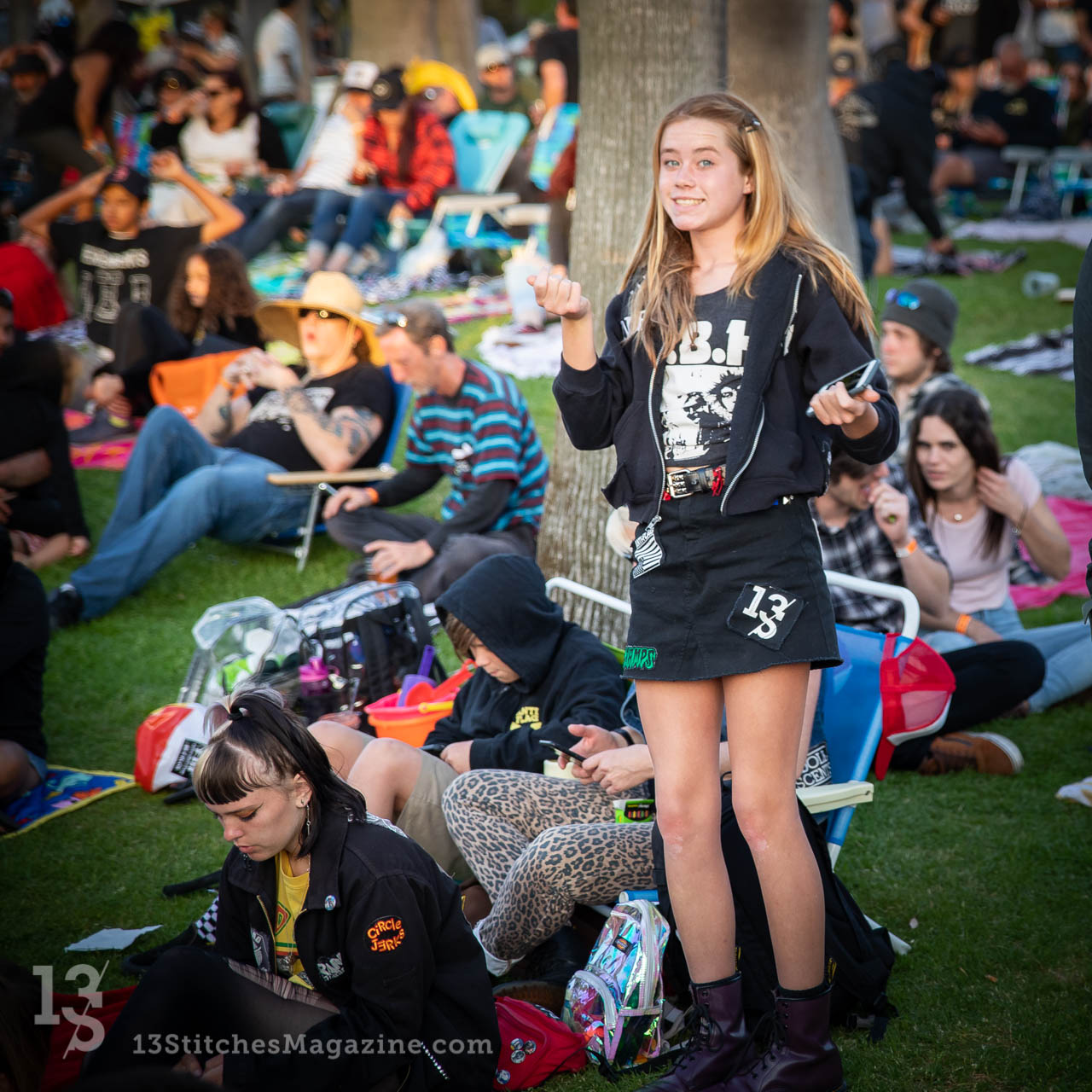 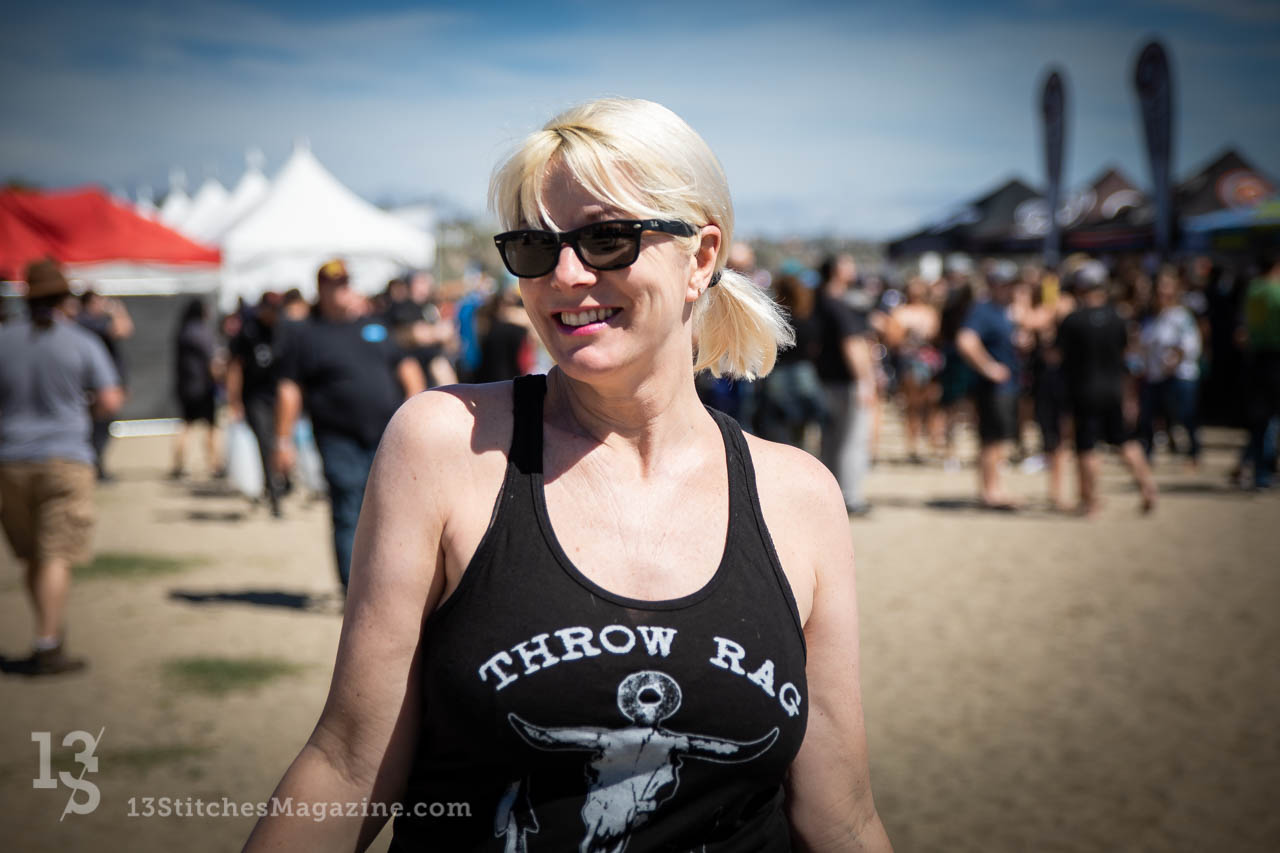 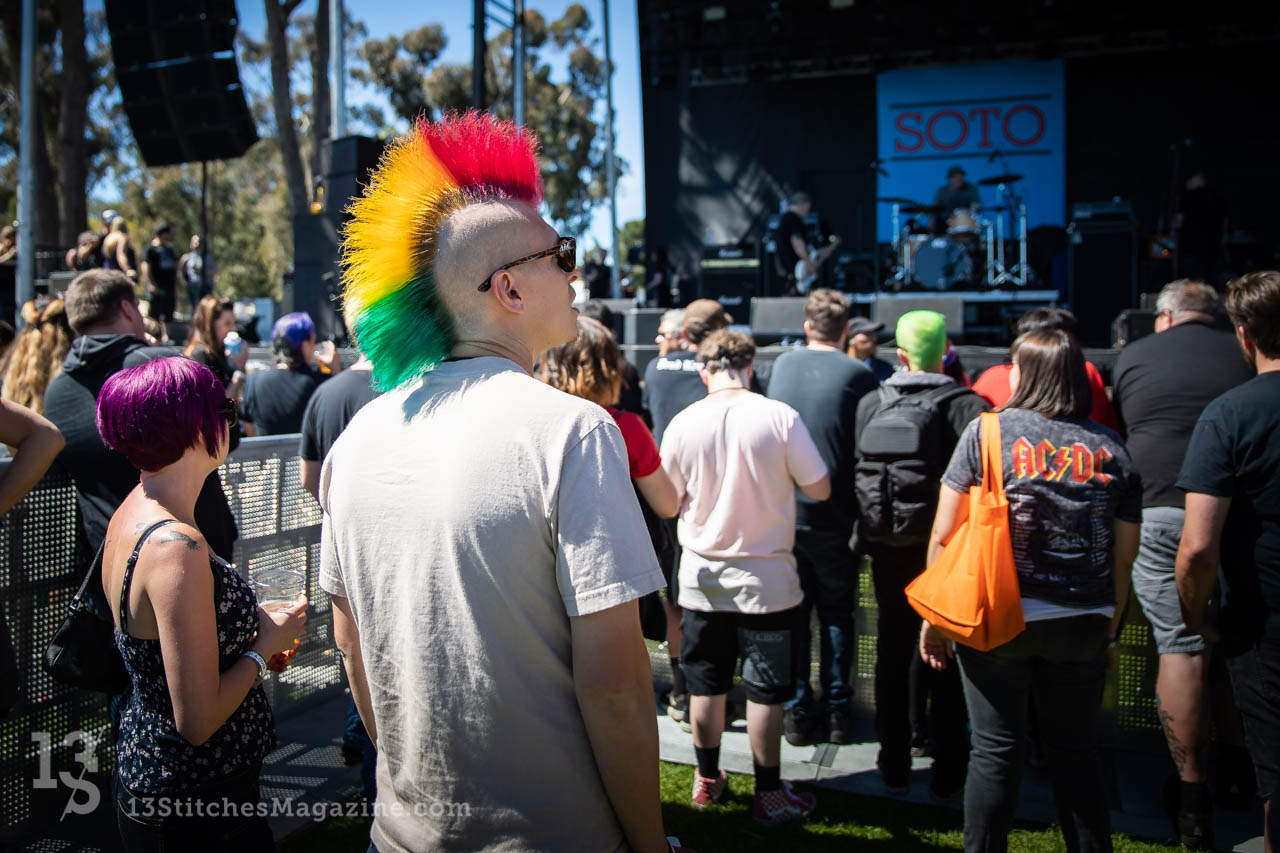 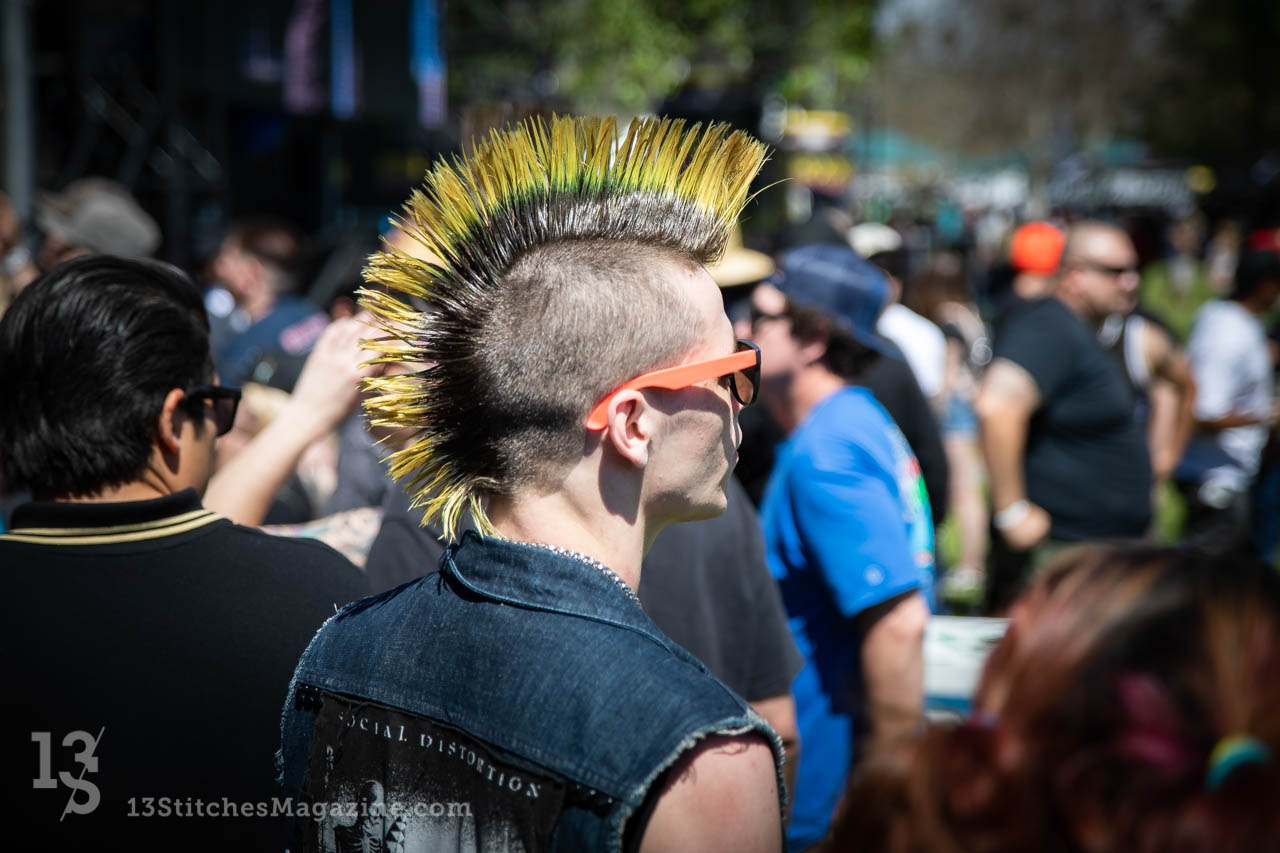 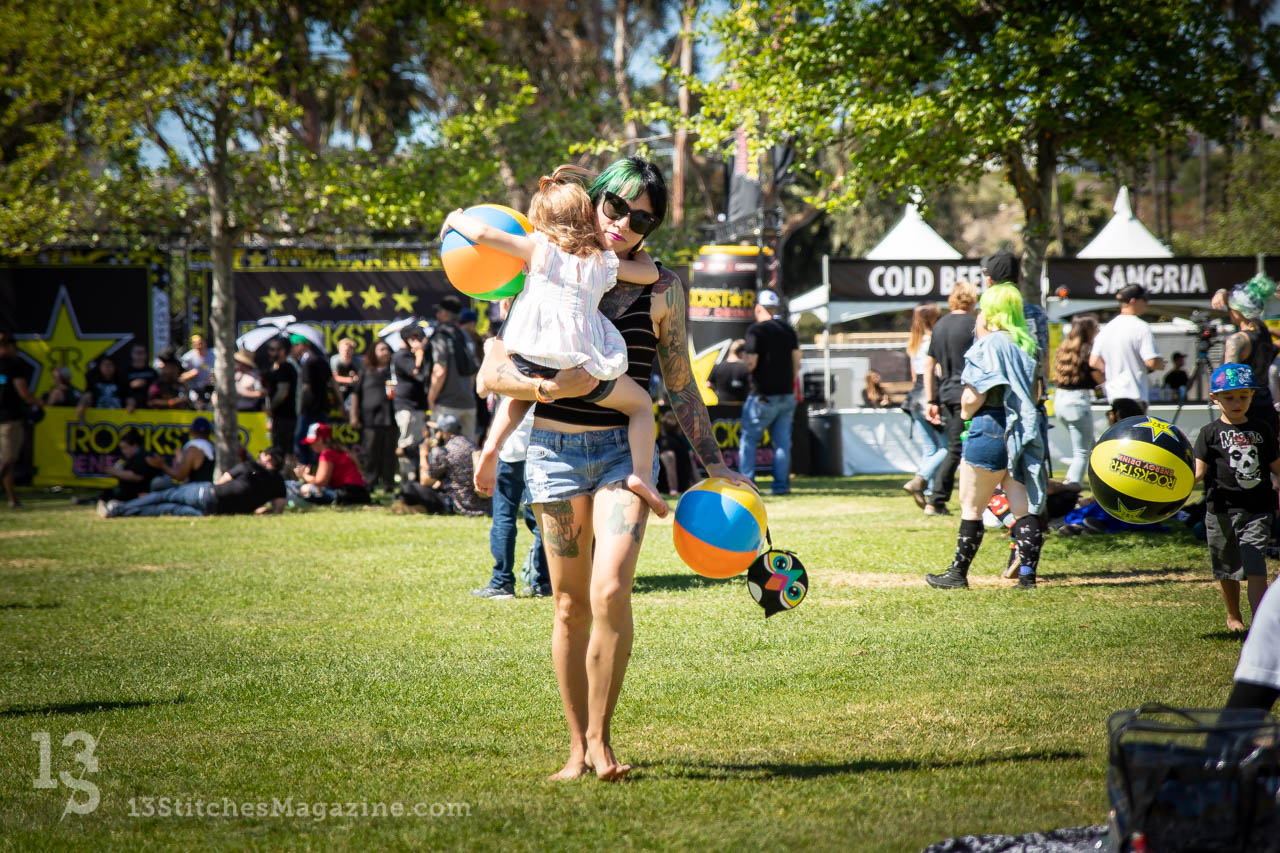 From the very first band I knew that this was going to be an awesome weekend!
D.I. kicked off Sabroso Festival with a full set of their best songs. The energy was infectious and they set the tone for this two-day, band-filled event with a killer pit and classic D.I. sound. “Imminent War”, “Hypochristian”, “Richard Hung Himself”, and “Euthanasia” were among the featured songs that set Sabroso up for success. D.I. brought controversy, fun, and hard core punk sound to set the stage for a lineup that proved to be one band after another of good music. D.I. had the first casualty of the weekend. With a man down just moments after their set, I feared that this was going to be a re-run of the immature debauchery that plagued Blink’s performance at Musink a few years ago. But, this appeared to be the only time the EMT’s had to show their quick response time and expert skills at festival evac. Proving that if you can survive the D.I. set, you will likely make it for the long haul. 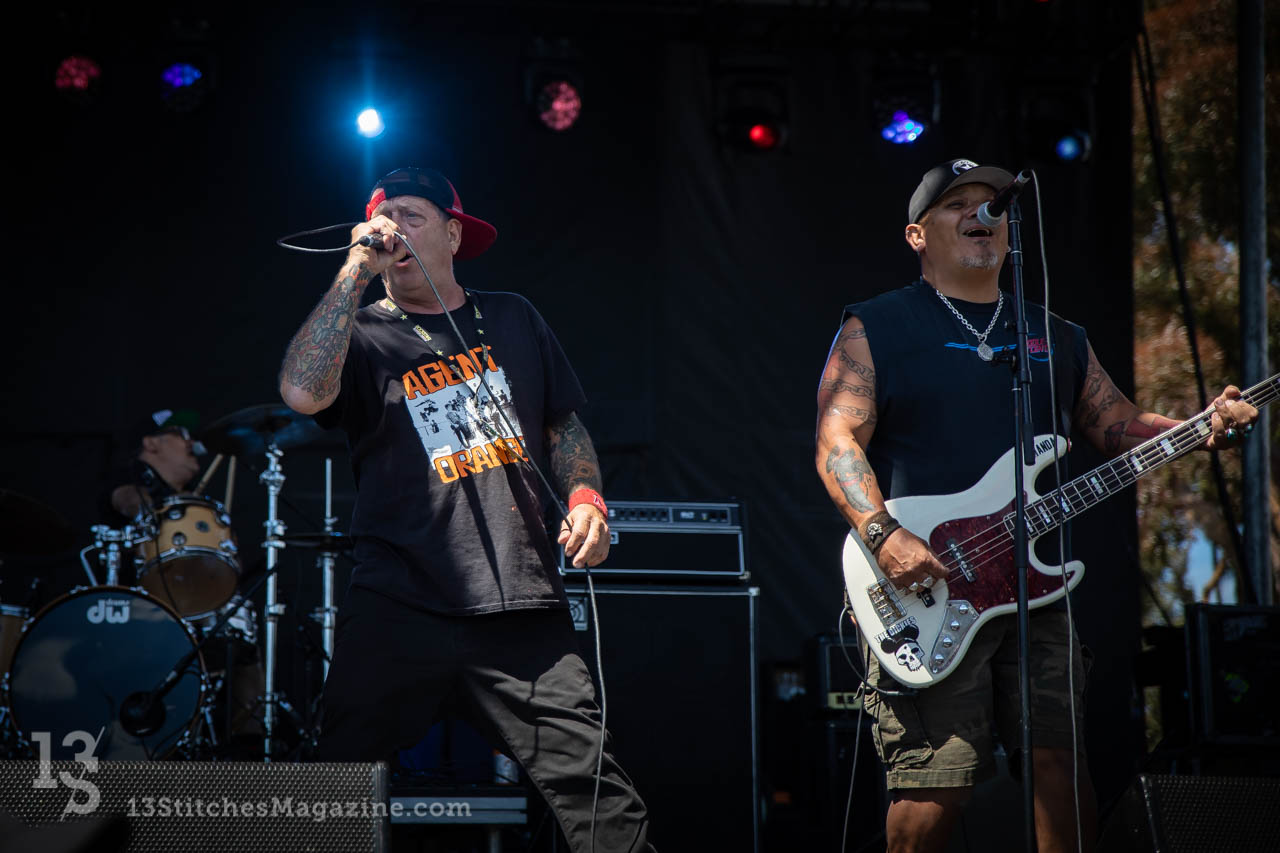 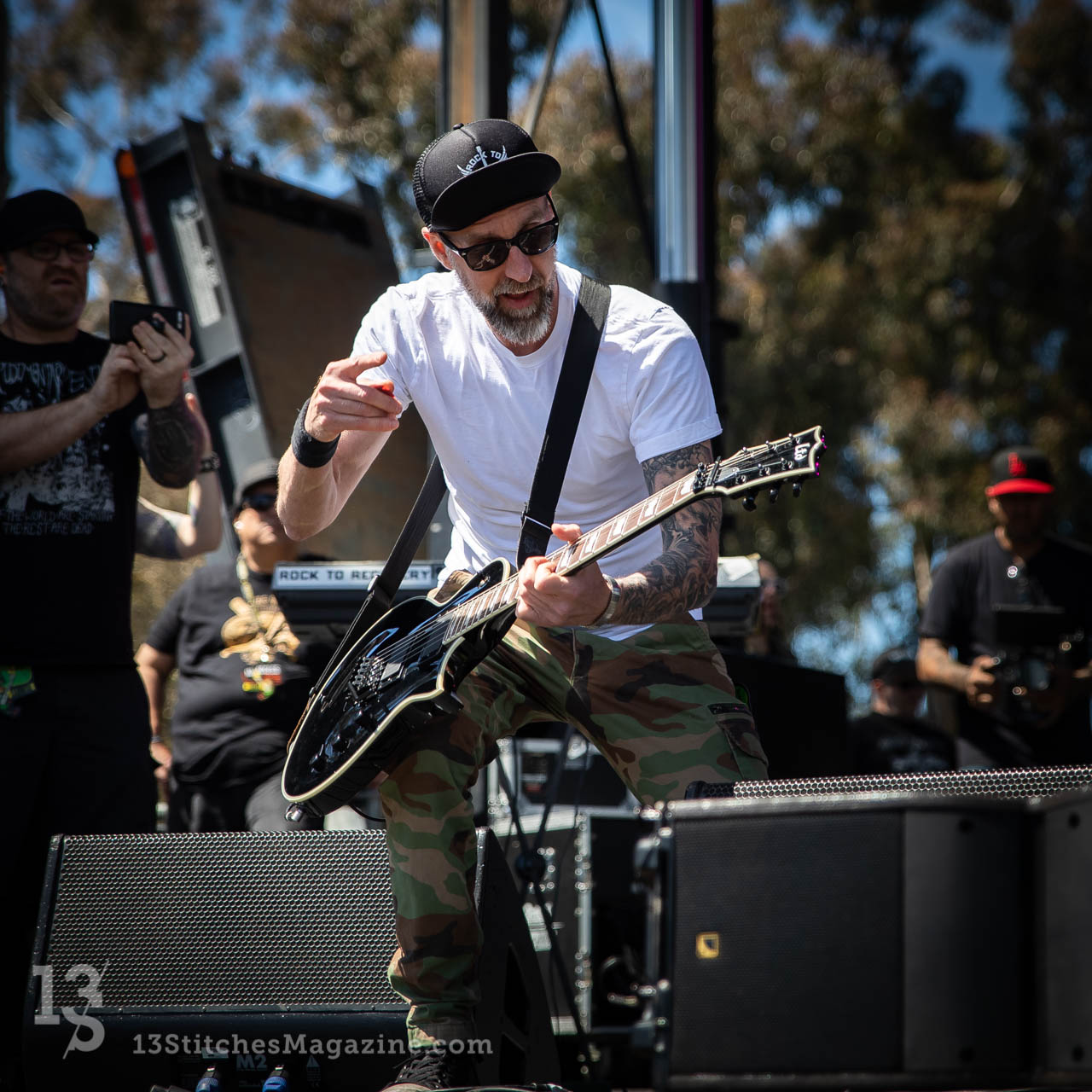 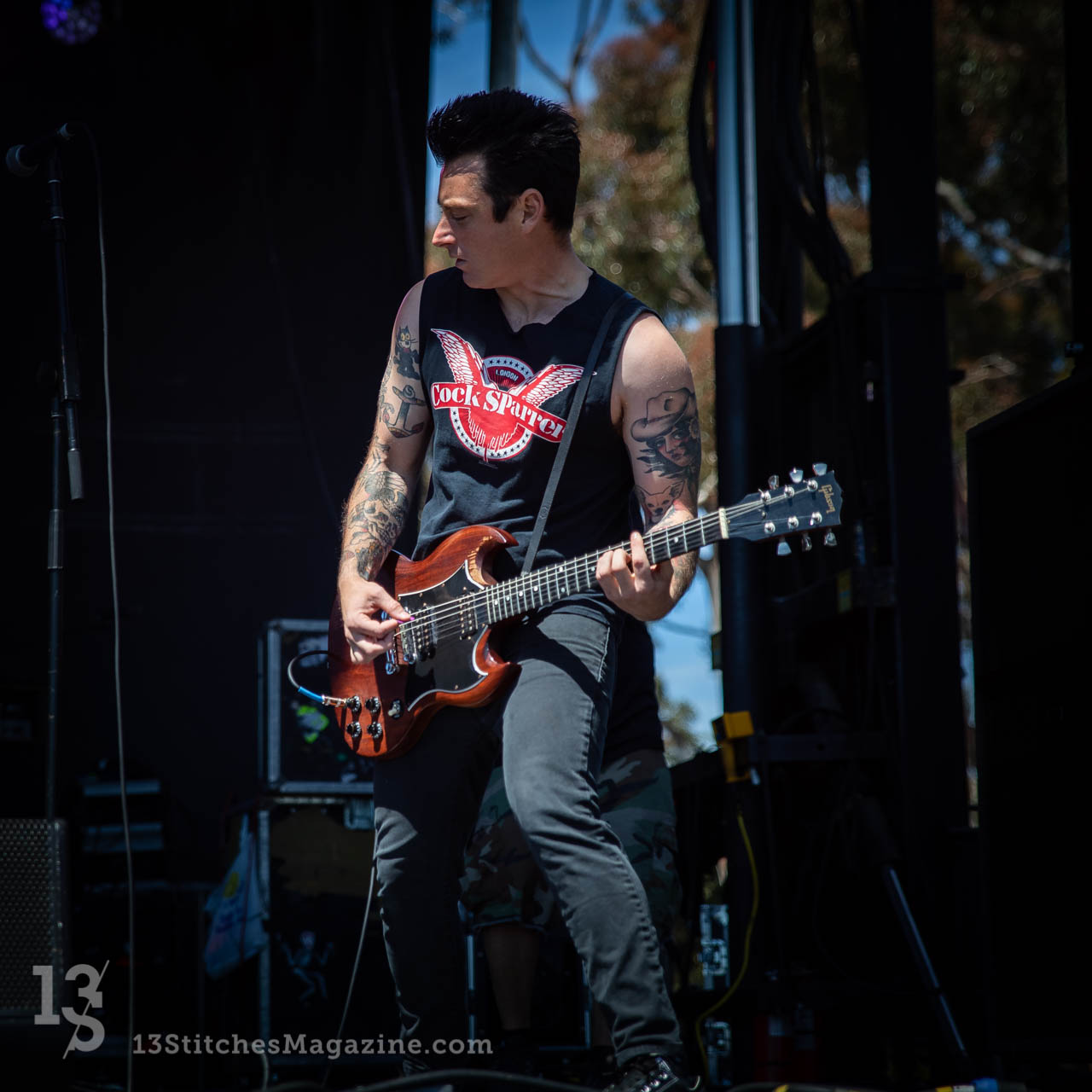 In an effort by Adolescents to respect the memory of founding member and bassist Steve Soto and ensure his continued place on their stage, even in death, the Adolescents have changed out their classic “Blue Album” Adolescents backdrop to a simple “SOTO”. Endearing, classy, and appreciated by hardcore fans, the SOTO backdrop pays homage to one of the seminal figures in the Orange County punk scene and reminds fans that this is a wonderfully incestuous, supportive, and sentimental family who has stuck together for more than 38 years (even through occasional divorce) and who welcomes in new members with warmth and a sometimes forgiving open heart. Explaining the banner to two young teens in the crowd, and the significance of Adolescents and Steve Soto in particular, was a reminder that as we pass the torch of our beloved scene onto the next generation of fans, we must pass the knowledge of how we became a family and why family ties should never be broken. To the new generation of punks, the old guys have your back, just don’t forget who brought this phenomenon into the world when you are venturing out to start your own take on this scene and its unique sound. It was just last December at Punk Rock Karaoke when my husband and I were butchering “Los Angeles” by X that in my panic to recover some semblance of dignity I looked over my left shoulder to see Steve Soto singing into the microphone to help me out, with a smirk on his face and a shake of his head, as if to say, “no worries, we still love you, but get the fuck off my stage now”. As for their performance at Sabroso Festival, thank God Good Charlotte cancelled at the last minute allowing us to be graced with a stellar performance by Adolescents. With Brad Logan on bass, Adolescents played a clean set and in the warmth of the California sun, the festival became an event where for two days we heeded the phrase “Rip It Up”. 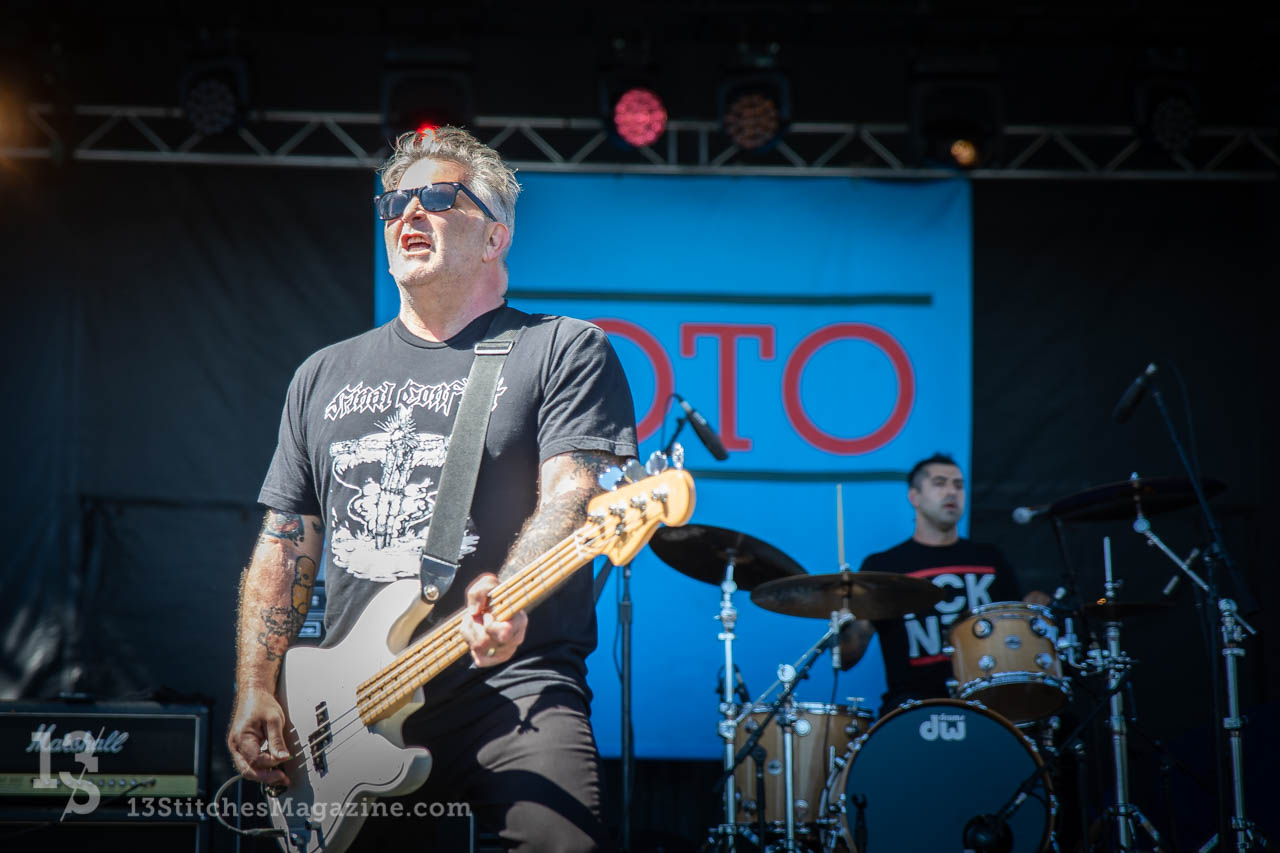 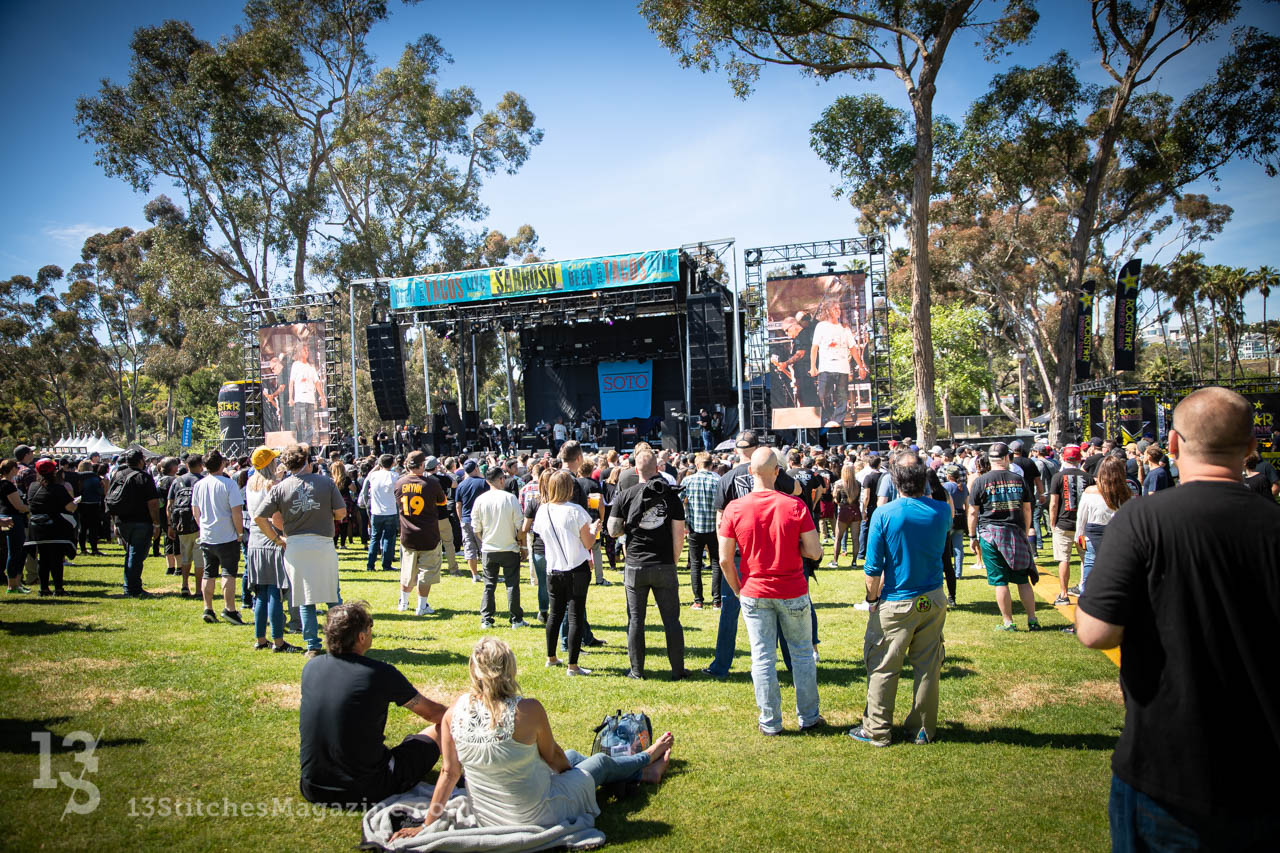 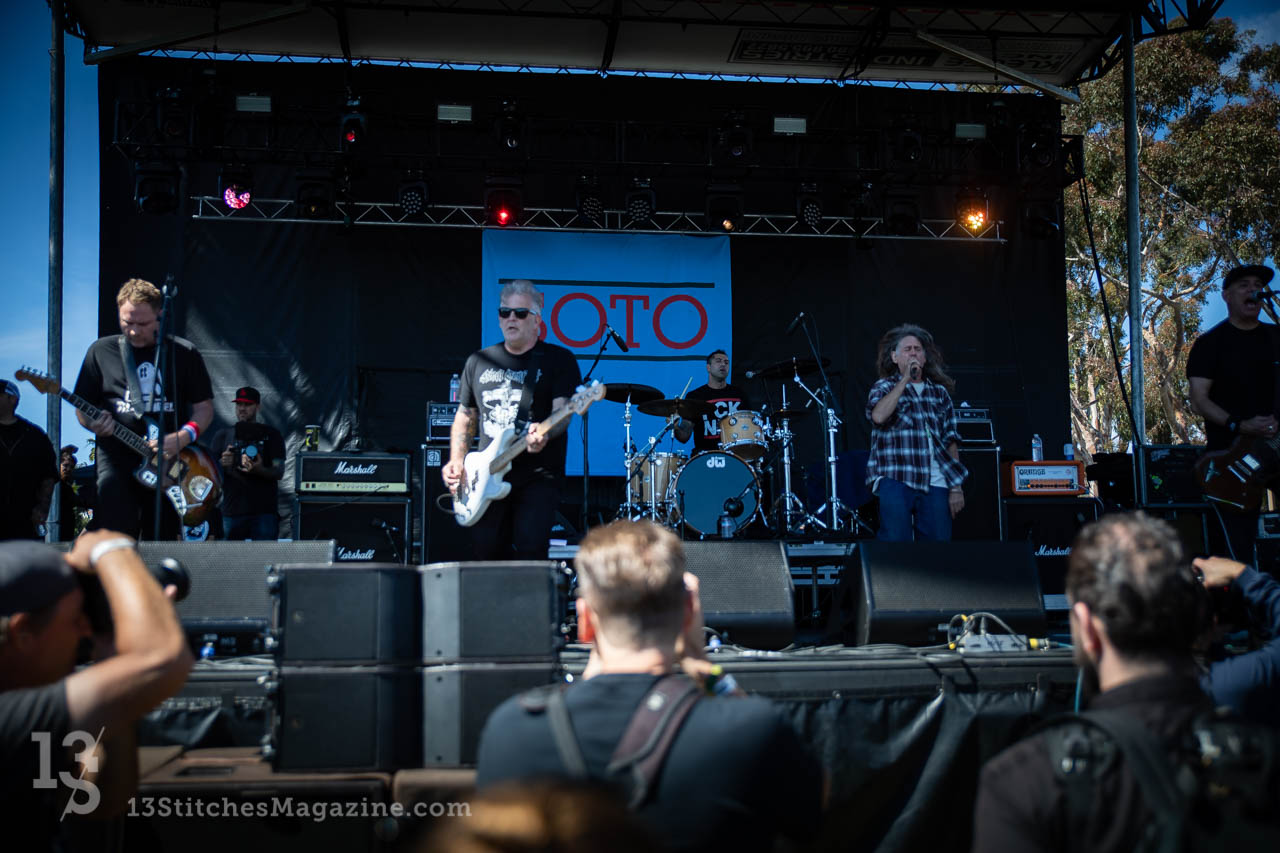 I actually left my front of the pit spot during Bad Religion because it was “kicking my ass” and that’s not a sentiment that anyone has heard me utter, ever. Bad Religion revisited their 1980’s roots, turning up the sound and the energy with a motivated set that featured some of their more punk songs; “Chaos from Within”, “Fuck You”, “No Control”, “Do What You Want”, “Do the Paranoid Style”, and “Fuck Armageddon… This is Hell” to name a few. They were really fun, surprisingly fast, and undeniably experienced. Theirs was one of the best sets of the festival, bringing excitement and fun to the next level. 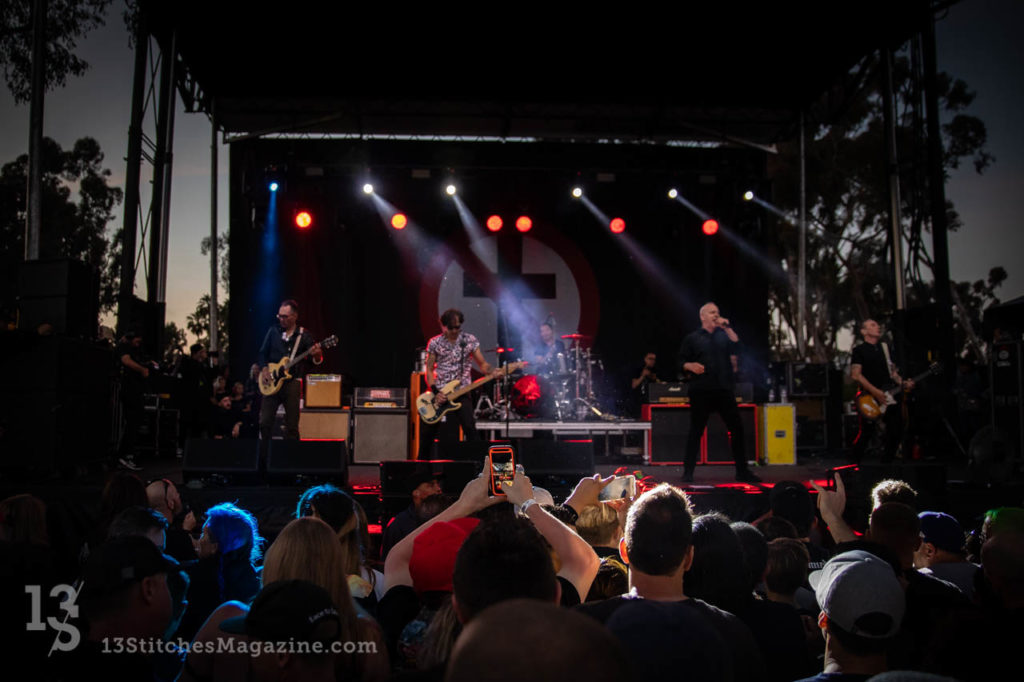 Bad Religion
New album ‘Age Of Unreason’ is out May 3. Pre-Order Now at http://badreligion.com.

Lagwagon
COME AND GET IT!!

Strung Out
“Black Out The Sky” Out Now!