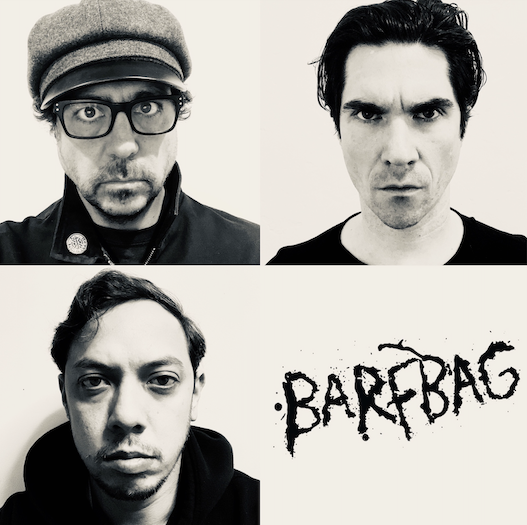 Hardcore punk band BARFBAG has declared an all-out war on the current administration at a time when revolutionary music is needed the most. As the world celebrates and honors Earth Day today, BARFBAG are using the moment to launch their attack with a seething new song titled “Right To Fight Back” which takes aim at an unchecked President who seemingly is profiting from the destruction of the planet.

BARFBAG is a trio created by industry veteran David Bason (vocals) with Brian Viglione (THE DRESDEN DOLLS, THE VIOLENT FEMMES, NINE INCH NAILS) on drums and Kenny Carkeet (AWOLNATION) on guitar and production. Their new single will be featured on their forthcoming EP, The Plastic Age, that’s due out later this year. 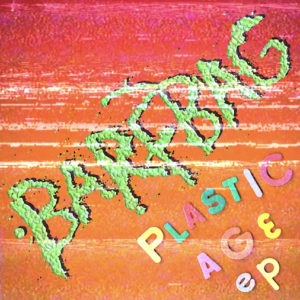 Commenting on the song, Bason says, “This song stems from the basic tenets of Liberation Theology. It’s a reminder that the way things are is not the way things have to be. You have to use the tools at your disposal and sometimes violence is justified. Violence is a tool the state uses to control people. The state grants armed forces the right to use force in order to maintain order. But who decides what is in the best interest of the people? We have all given tacit consent for the state to protect us from a violent and dangerous life. In return we agree not to be violent towards others. But sometimes the state’s interests are not in line with those of the people. Sometimes you have to take back your right to harm in order to check the greed of those in power.

It’s Earth Day. We’ve got a madman in The White House rolling back environmental regulations in order to line his pockets. It’s time to check the kleptocracy and the oppressed have always done so by taking to the streets. See you out there. Throw a brick.”

Barfbag was born when Bason was shocked at how few protest records were being released in such a politically charged time. He tuned out the social media scream, brushed up on his history, revisited his philosophy books, ingested hundreds of political podcasts and set out to write an album that documented his reaction to his environment. There is strength in numbers so he asked his old buddies to help.

Carkeet and Viglione became Bason’s trusted musical partners. Bason had signed the Dresden Dolls when he was an A&R man for Roadrunner Records. With the comfort of a longstanding friendship, a shared love for and deep knowledge of punk rock, it was the perfect working relationship. Brian proved to be a prolific writer in addition to playing drums, guitar and bass on all songs. Another trusted friend, Joe Cardamone (THE ICARUS LINE) mixed the record.

The record touches on everything from fascism, media manipulation, oppression and human trafficking to Morrissey being a hypocrite and the failing public school system.