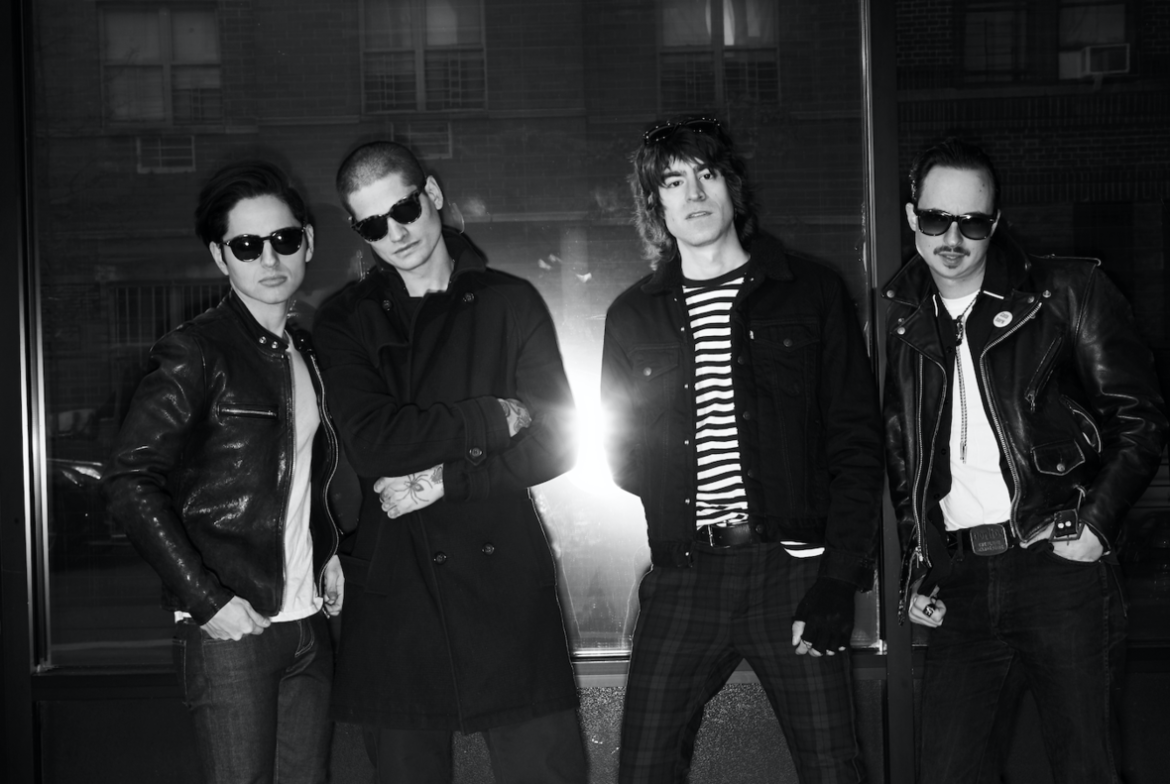 Recorded in late 2019 at Renegade Studios, NYC, home base of Van Zandt, the album was produced by guitarist Sam Allen with Geoff Sanoff, the engineer known for his work with Bruce Springsteen, Fountains Of Wayne, Dashboard Confessional and others.

Lead vocalist Dave Feldman says, “There may be listeners who think there’s a bit more negative energy or anger on ‘Year Of The Snake’, but there’s always been a hard truth to our songs. Topics include paranoia, anxiety, bad relationships with others, bad relationships with self, hustling in every sense of the word…but it’s not all good news! I guess the overarching theme is: ‘It’s 2020. Life is obviously fucked, nothing matters whatsoever, let’s party about it.’”

“I feel like WYLDLIFE is kind of the biggest outlier band of our time,” says Dave Feldman, lead singer of the fierce four-piece NYC Rock ’n’ Roll machine that continues its stylishly anachronistic upending of Rock ’n’ Roll expectations with their fourth album and boldest artistic statement yet, Year Of The Snake, out now on Wicked Cool Records.

Stuffed with catchy riffs and choruses, charmingly specific lyrics and a palpable love of ’70s punk, glam and power pop, ‘Year Of The Snake’ is the long-anticipated follow-up to WYLDLIFE’s Wicked Cool debut, ‘Out On Your Block.’ That 2017 release, featuring their breakthrough hit “Contraband,” made the upper half of the CMJ and NACC college radio charts and was hailed by Thrasher as “Rock ’n’ Roll that makes your heart beat faster and your fists scream.”

All 11 songs on the retro-fueled new album were co-written by Feldman with guitarist Sam Allen. The two are “the Mick and Keef of the band” as bassist Spencer Alexander puts it. Dave and Sam have been friends since age 11 and have been writing songs together for nearly two decades.

“A lot of times, I’ll have a melody in my head, usually with lyrics, and I’ll just have to sing the thing out to Sam since I can’t play guitar to save my life,” says Dave. “I’ll be frantically trying to explain, ‘It should sound like this Stooges song, but with this Oasis song for the drums and this bass line like The Rezillos or whatever. Sam will transform it into something that’s close to what I meant but even better.”

The childhood friends have been augmented for some time now by Spencer on bass and Stevie Dios on drums. Dave sings their praises: “Stevie is like a self-flagellating workhorse. After every take he’ll be like, ‘I fucked that up, let’s do it again,’ when he’s the only one who heard anything. Spencer is super fucking relaxed pretty much about everything in life. He’s a rocker, but he’s even more of a roller.” An in-demand illustrator and designer, Spencer is also the visual genius behind the album’s striking art direction.

The record and its title track drew naming inspiration from 1989, the year in which Dave, Sam and Spencer all were born, and the third most recent year of the snake according to the Chinese zodiac. “We’ve always been crawling for glory, unwilling to compromise and are considered to be mesmerizing while simultaneously dangerous,” Feldman offers, without a trace of venom.

The album kicks off with “Deathbed,” in which Dave laments about “Joey and Bowie and little old me,” referencing departed heroes Joey Ramone and David Bowie. He explains: “Death seems like the easiest, fastest way to make your mark, like a cheat code to notoriety. There’s always been a fear in my head: ‘Will people remember you? Will they remember WYLDLIFE?’ I hope someday I die with a bit of certainty that the answer is ‘yes.’”

While packed with upbeat rockers in the classic three-minute WYLDLIFE mold, the album does find the band showing off some new tricks. Barrier-breaking album closer “The Falcon” is an epic five-minute cocaine bender with ominous overtones, complete with tubular bells and perhaps Feldman’s most intense vocal to date.

“The track was recorded in December and it just so happened that there was a set of tubular bells on loan in the studio; we knew we had to use them and to be honest, it’s my favorite part of the track. Upon completion Spencer pointed out that the Falcons happen to be Atlanta’s NFL team. As it stands, this is the only time I feel like I’ve ever been in the absolute right place in the absolute right time: fucked up soaking wet in a parking lot in Atlanta, Georgia.”

The blistering “Neon Nightmare” was the first Snake track to see the light of the day when released as a single in late 2019. It quickly achieved Coolest Song In The World honors on Little Steven’s Underground Garage, heard on SiriusXM and internationally syndicated radio. “Kiss And Tell” is the band’s first single of 2020, with a typically madcap music video on the way. Both “Automatic” and the irreverent French travelogue “Sacré Bleu” are also slated for airplay.

The latest release in Wicked Cool Records’ ongoing partnership with The Orchard as distributor, Year Of The Snake is poised to sustain the label’s momentum on the heels of its 2019 Billboard Heatseekers Top 10 albums by Jesse Malin and The Dollyrots. Both Malin and The Dollyrots are releasing new music via the label in 2020, as are The Empty Hearts, Soraia and more. 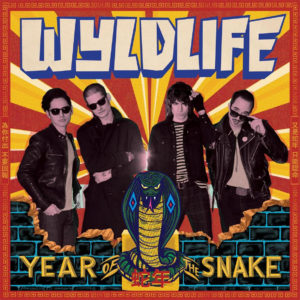 Year Of The Snake Track Listing:
1 Deathbed
2 Neon Nightmare
3 Get Well
4 Kiss and Tell
5 Automatic
6 Crime of the Scene
7 Sacré Bleu
8 Year of the Snake
9 Tulsa Superstar
10 Keeping up with C.T.
11 The Falcon

“With an irrepressible fusion of punk, garage and power-pop, Wyldlife’s fourth full-length album, and arguably its best, explodes with its nods to rock ‘n’ roll icons from the Stone Roses to the New York Dolls to the Rolling Stones, along with a few tracks that might surprise even long-time fans.”- Jersey Journal/NJ.com

“High-octane rock with just the right blend of snottiness …meant to be played very incredibly loud. Kind of plays like a stadium-filling evolution of nerdy punk a la Cheap Trick.”- A Journal Of Musical Things

“…Wyldlife would’ve easily fit in alongside bands such as The Strokes, Jet, or The Hives, just as much as they would have found their place on the CBGB’s stage in the 1970’s.”- All Ages Zine

“You know what I never get tired of? …loud guitars, catchy melodies, leather jackets and bands that sneer at the camera. WYLDLIFE brings the ruckus!” – Andy Shernoff (Dictators)