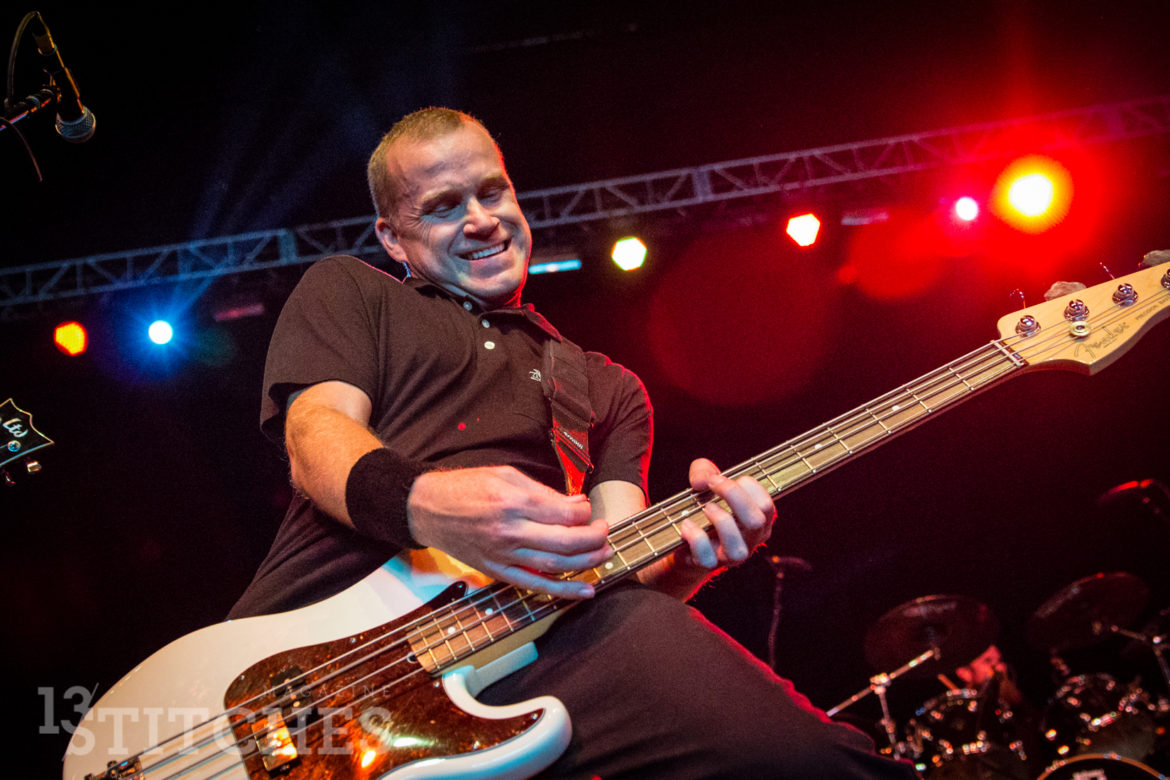 and Sparks a Politically Driven Fire Under Musink Patrons

This early 90’s punk band out of Orange County, California was the perfect choice as the opening band for day two of Musink, 2015 and its headliner, Bad Religion. If Greg Graffin (Bad Religion) and Tim McIllrath (Rise Against) got together and birthed a band in their image, it would be Ignite. Lead singer, Zoltán Téglás manages to combine an intensely political message with a true singing talent and inspired stage presence to produce an awesome live show. The pit made up for the small, early evening crowd in its motivation and drive to do damage and the vibe from those who came out early on Saturday night was positive and ready to party.

One of my favorite moments of their set was when Ignite covered U2’s “Sunday Bloody Sunday” (A Place Called Home, 2000), adding their own punk sound and promoting their own, modern anti-war, anti-government bullshit message that punk was originally founded on. Téglás’ repeated motto of positive mental attitude and an appreciation for taking control of your own issues was echoed loud and clear throughout their set as he positioned himself and justified his political banter, “America has taken care of me and my immigrant family” [this is why I have to stand up when something is wrong]. I could not agree with him more. Ignite played a full set including, “Fear is Our Tradition”, “My Judgment Day”, and “Let it Burn” (Our Darkest Days, 2006) and “Veteran” and “A Place Called Home” (A Place Called Home, 2000).

Ignite, you give Bad Religion a political run for their money! Hats off to you for being willing to say what the few politically awake people in So. O.C. are thinking. Not a popular message behind ‘the Orange Curtain’, but an important one to keep alive!

OFF! Proof That Punk’s Not Dead (Just Aging a Little) 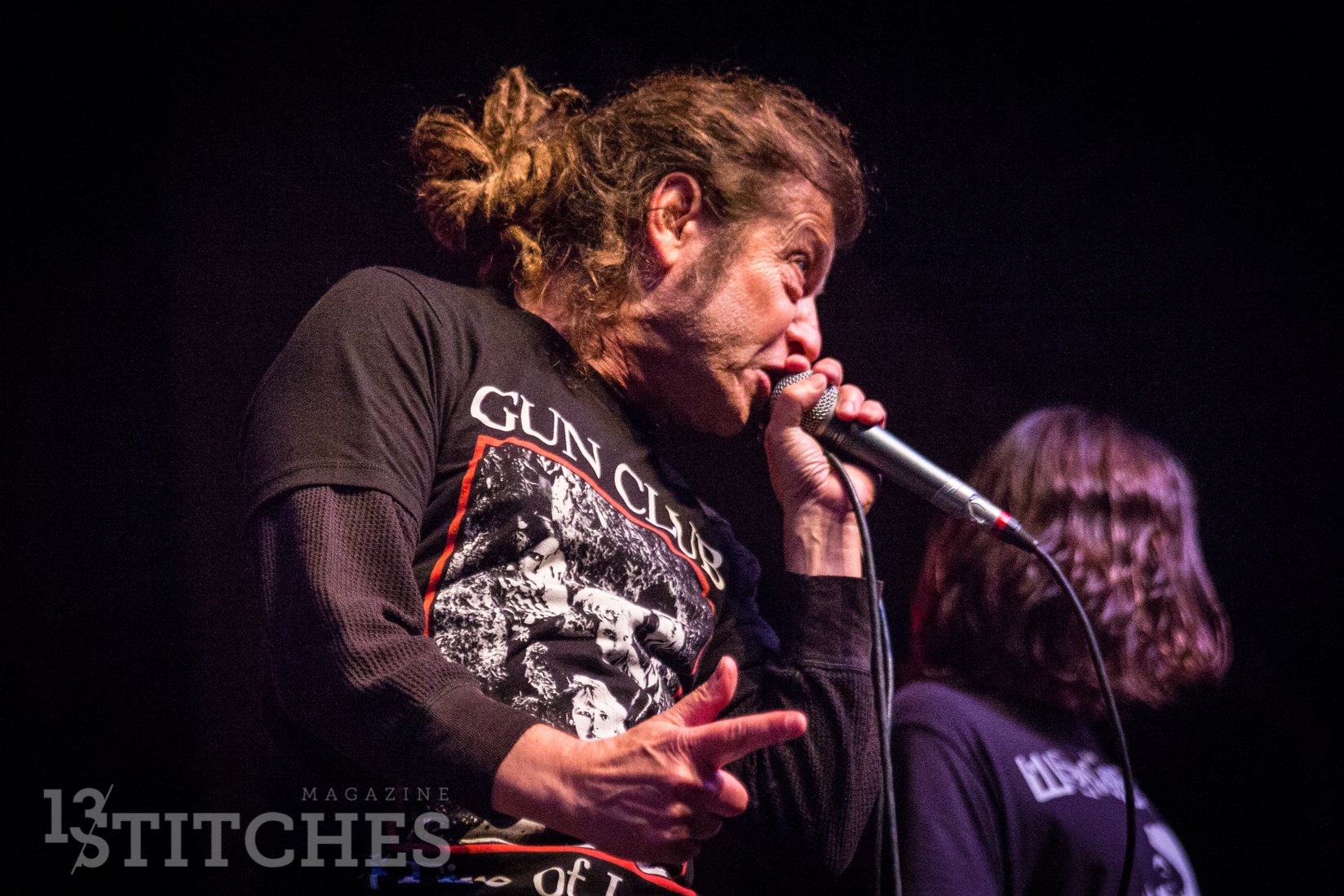 Fuck Yeah! Off! has roots in legendary punk pioneer bands of days past. With members, Keith Morris (Black Flag & Circle Jerks), Dimitri Coats (Burning Brides), Steven Shane McDonald (Redd Kross), Mario Rubalcaba (Rocket from the Crypt), this band is as hardcore as they come and as seasoned to the politics of punk stage performance as anyone. In old school, hardcore punk tradition, OFF! manages to make performing what felt like a hundred, thirty second songs in thirty minutes sound amazing (in a truly traditional, punk rock, shitty way). As Morris put it, watching OFF! live is like taking a “punk rock history 101 class”. OFF! is a TSOL’esq fast-paced band with methodical lyrics and a classic pissed off at everyone presence. 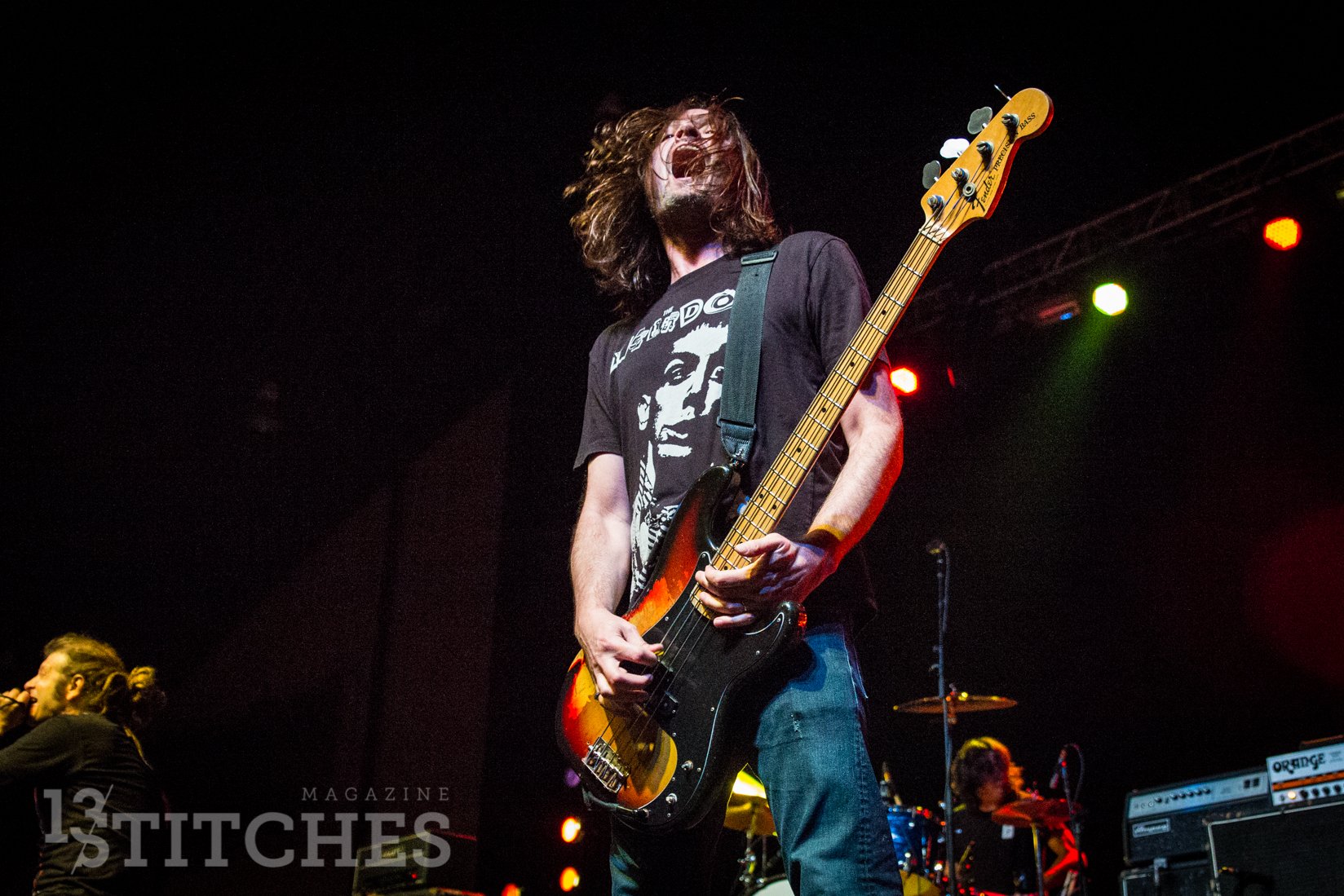 Honestly, I haven’t taken my earrings off at a show in a long time, but during OFF!, I felt a definite need to lose the dangleies. People were into it, singing OFF! and going OFF! in an active pit of hardcore punk fans. Morris’ claim, “I am an angry human being” seemed far from the truth as there was a definite sense of happiness from all of the members to being on the stage. Even when Morris proclaimed, “I am pissed!”, I knew that there was no place that this band feels more at home than in front of their fans.

Bad Religion Kicks Off Their 2015 Tour 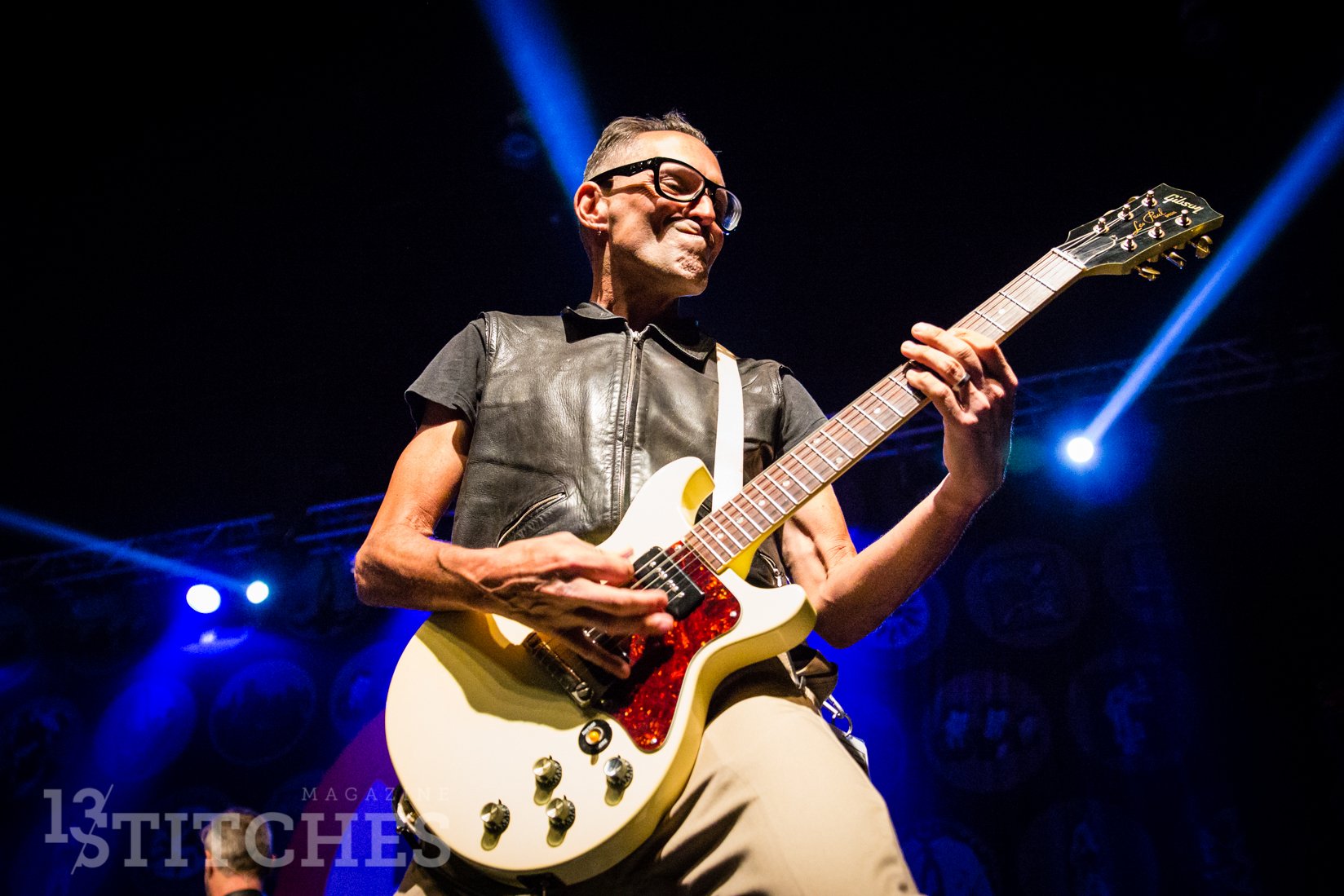 Bad Religion kicked off an extensive 2015 spring-summer tour last Saturday night at Musink to a sold out crowd of pumped up fans. Lead singer, Greg Graffin joked with the tattoo festival goers, [After 35 years in Bad Religion] “I’m going to get my first tattoo after the show tonight” (Yeah, right Greg… Let’s see it!!). Bad Religion is one of punk rocks most professional, consistent, and reliable bands; producing a fun show for enthusiastically fanatical fans. There’s never one pit at a Bad Religion show, pits pop up throughout the venue and each one has its own flair of energy and motive driving it. Bad Religion’s sound is always stellar and the message is always clear, take a stand or piss off!

A high light of the evening was seeing Bad Religion bassist, Jay Bentley casually shopping the tattoo booths at the convention prior to the show; happily talking to fans, reminiscing with friends, and checking out the raddest tattoo artists on the west coast of the United States. 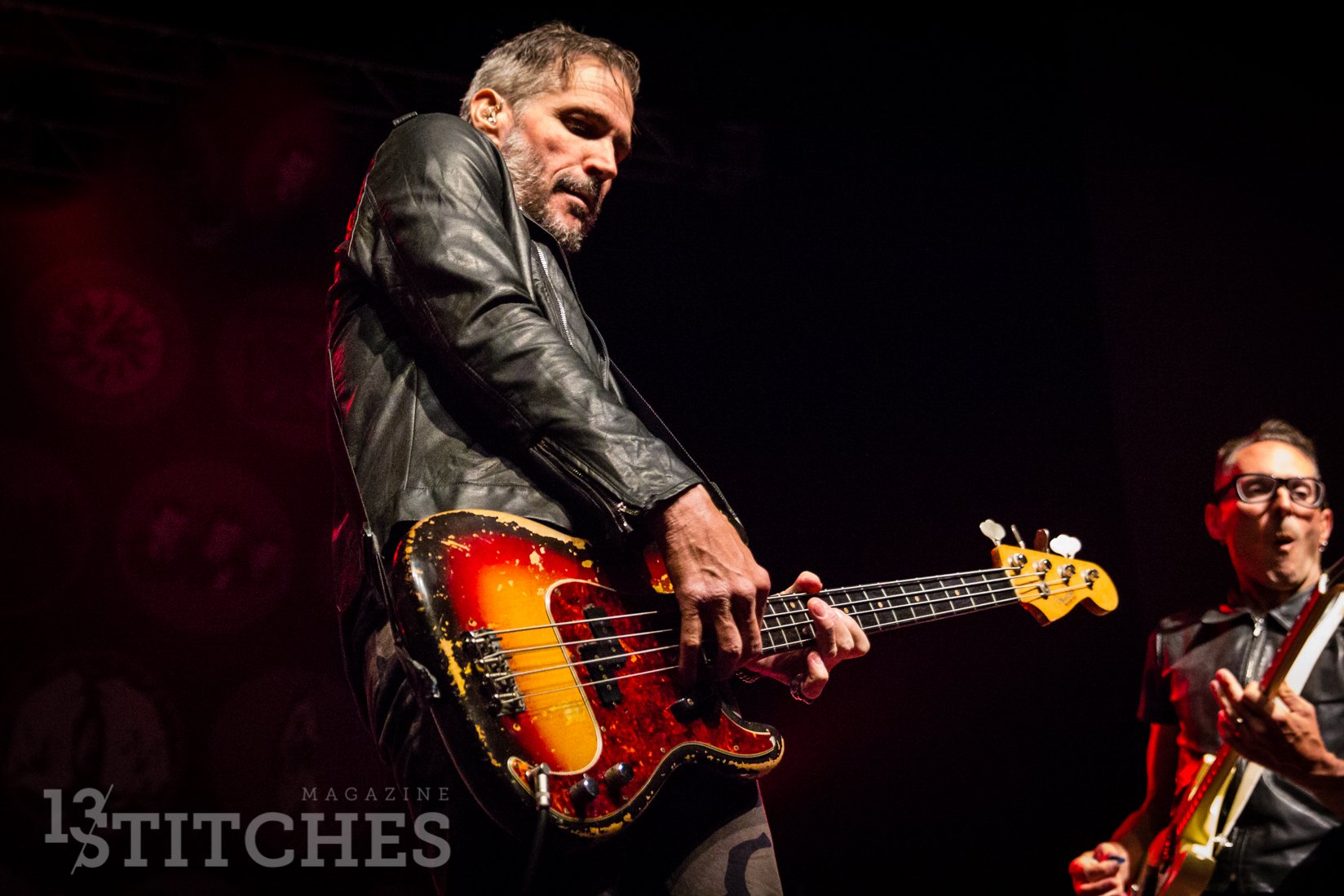 I can’t think of a Bad Religion favorite that they did not play. But, even better, Bad Religion played many of their earlier songs from their more punk influenced, less mainstream albums and that made this reviewer very, very happy. Taking the stage with a set list that included, “Stranger Than Fiction” and “Infected” (Stranger Than Fiction, 1994), “No Control” and “Change of Ideas” (No Control, 1989), “Anesthesia” (Against the Grain, 1990), “Fuck You” (True North, 2013), and “Suffer” (Suffer, 1988), Bad Religion delivered the type of show fans have come to expect, professional, fun, and catering to the requests of their followers for more.