RAY GUN: The Bible of Music and Style by Marvin Scott Jarrett

RAY GUN: The Bible of Music and Style

RAY GUN founded in 1992 by Marvin Scott Jarrett, was the only magazine wherein a die-hard culture seeker could find information on alternative music and the street-inspired style that really mattered. With over 200 full-color photographs, RAY GUN: THE BIBLE OF MUSIC AND STYLE gathers the most outrageous pages from the magazine that helped to shape the ’90s. This epic anthology features exclusive photographs and articles on rock legends such as R.E.M., Henry Rollins, Jane’s Addiction, The Pixies, Dinosaur Jr., U2, Marilyn Manson, Smashing Pumpkins, Nine Inch Nails, Mudhoney, Pearl Jam, Bjork, Morrissey, PJ Harvey, Beastie Boys, Soundgarden, Beck and an exclusive interview with the legendary David Bowie. It also showcases groundbreaking photography from such luminaries as Doug Aitken, Dave Stewart, Spike Jonze, Rankin, and Michael Stipe. Essays by Liz Phair, Wayne Coyne, Dean Kuipers, and Steven Heller bring this volume to life highlighting the magazine’s cool-factor, cultural importance, and lasting legacy on graphic design and music journalism.

When punk rock had torn pop music to shreds and created a hunger for an original lifestyle beyond mainstream culture RAY GUN was its graphic chronicler. Across the magazine’s pages blasted a visual feast made up of era-defining artists such as Sonic Youth or Iggy Pop, music-inspired art, and a complete redefinition of sartorial style. Ignited by its original art director, David Carson, the magazine’s chief attributes went counter to standard tenets of magazine publishing. The logo changed from issue to issue, and coverlines defied quick comprehension. There was no strict format or grid and everything was reinvented each issue. Page numbers were rarely included allowing readers to literally lose themselves in its beautiful, barely controlled chaos. RAY GUN was as radical as the lifestyle it reported on, deeply committed to visually representing an alternative culture as a new way of seeing and being in the world. RAY GUN didn’t just chronicle the 1990s indie music and cultural revolution, it was the revolution! This book captures the essence and energy of Jarett’s and Carson’s rule-breaking glossy and their imprint in the worlds of indie music and style. 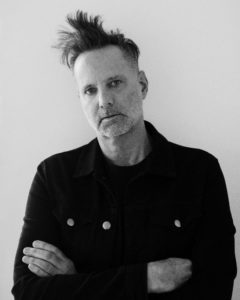 About the Contributors: Marvin Scott Jarrett is a celebrated creative force in the worlds’ of publishing, film, and television, as well as the founder of Ray Gun and Nylon. He has also directed a number of noteworthy music videos and documentaries and he has collaborated with YouTube, iTunes, Instagram, Nike, and Urban Outfitters. He has also an accomplished photographer who has shot top global talent, including musicians and actors Katy Perry, Lana Del Ray, Ewan McGregor, and Jared Leto. Liz Phair is a legendary alt-rock goddess. Wayne Coyne is the frontman of The Flaming Lips. Dean Kuipers is an arts and environmental writer. Steven Heller is an art director and co-chair of the MFA Design department at the School of Visual Arts, and author of dozens of books on design culture.