Suicidal Tendencies Spreads a Message of Self Determination and Strength 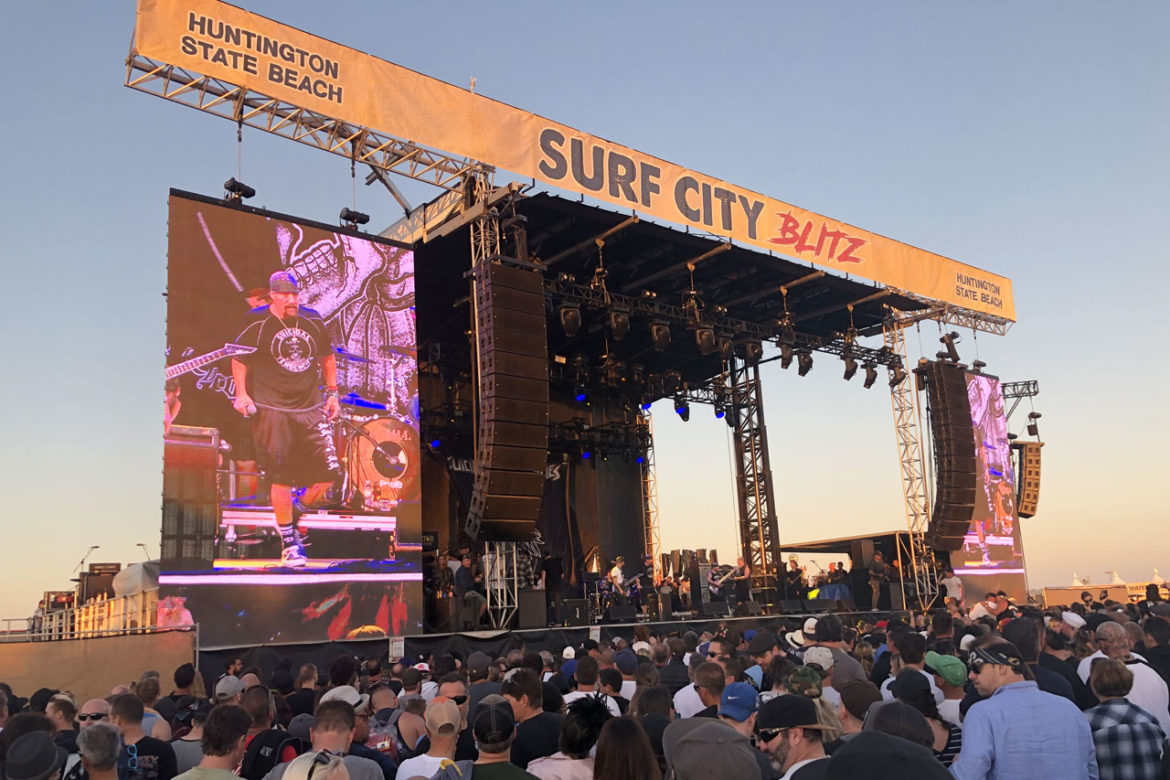 Suicidal Tendencies Spreads a Message of Self Determination and Strength

Suicidal singer, Mike Muir, took the stage with a vengeance on the opening day of the all-star lineup at Surf City Blitz in Huntington Beach on Saturday. One of the most positive figures in the scene, cross-over thrash/punk icon Muir used his platform to remind the audience, which was riddled with kids of all ages, to look inward for strength, to follow their dreams, and to never give up. A welcome departure from the intensely violent and hate derived news of the previous 72 hours where bombs being sent to top figures in the Democratic party was rivaled by violent hate crimes toward both African Americans and Jewish Synagogue goers. Muir’s messages of “Stand up for yourself. Believe in yourself… Freedom” and “We will not be a victim. We will be victorious. We will rise” were received with enthusiasm from the crowd. In place of the band’s signature closing move in bringing all of the ladies up to the stage, Suicidal invited the children up to meet the band and dance on stage in front of the supportive and fervent crowd. Going so far as to hand a bass guitar to one of the kids to play along. Coupled with the entire band’s energy and raw thrash/punk sound, Suicidal was, in my opinion, the standout performance of the event on Saturday. Dave Lombardo has to be among the best drummers in punk rock paired with the dynamic trio of Mike Muir, Ra Diaz on bass and Dean Pleasants on guitar, Suicidal interacts with each other and the audience-like family, projecting their endless energy onto everyone fortunate enough to happen into earshot of the band. Suicidal Tendencies played all of the favorites including, “Institutionalized”, “Freedom”, and “Subliminal”. Congratulations to Suicidal for your induction into the Skateboarding Hall of Fame, you’ve earned the nod!

1. Suicide’s an Alternative
2. You’ll Be Sorry
3. I Shot The Devil
4. Subliminal
5. Freedumb
6. Possessed to Skate
7. I Saw Your Mommy
8. Cyco Vision
9. Institutionalized
10. Pledge Your Allegiance

Yep. After this set I could have gone home thinking money well spent.
Show over…. but it wasn’t. Awesome