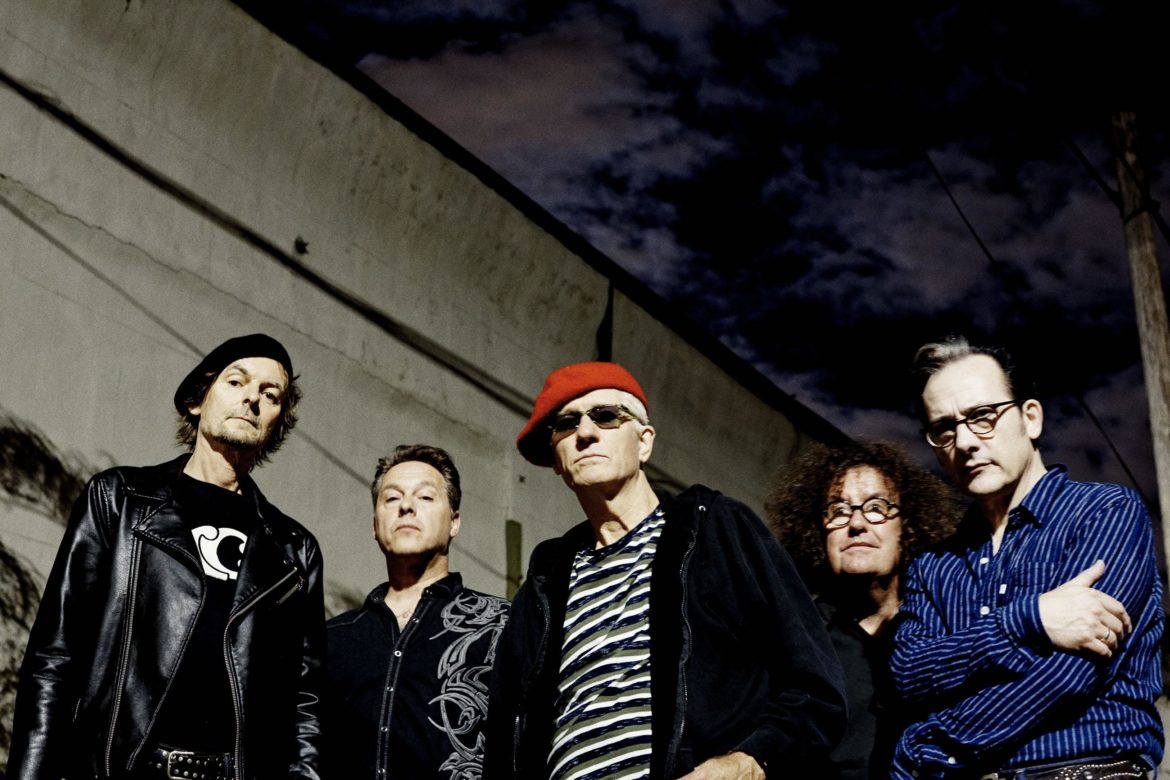 Bassist Paul Gray Joins The Damned on Tour for the First Time in the U.S. Since 1988

On May 22nd, first generation British punk icons The Damned return to US shores for a select number of dates on both the east and west coasts with special performances at Punk Rock Bowling and Camp Anarchy. Upon announcement, the hearts of The Damned’s legions of loyal fans were elated to hear that Dave Vanian, Captain Sensible, Monty and Pinch will be joined by the triumphant return of ‘Black Album’ and ‘Strawberries’-era bassist Paul Gray.

Paul has been back in the fold since his appearance on The Damned’s highly praised 2018 album release Evil Spirits, produced by the venerable Tony Visconti, which was their first LP in 10 years, and became their first ever Top 10 album in their 41-year career. Paul has also played with The Damned in the UK and Paris, driving UK press into a frenzy. Louder Than War reported, “‘It’s twenty-six years since I last saw Paul Gray play live with The Damned but I don’t remember him driving a performance with such gusto.’ The Damned have always been visually compelling but now the spectacle is enhanced further…this truly is a band at the top of its game.” This US tour will be the first time since 1988’s Final Damnation Tour that US fans have a chance to see Paul Gray reunited with the band.

In celebration of the 40th anniversary of their seminal and riotous album Machine Gun Etiquette, which The Damned will be playing in its entirety live, the band will also perform a nuanced mix of epic fan favorites from their vast catalogue over the past four decades, guaranteeing fans a raucous set. As Premier Guitar wrote in 2018,

“The Damned’s vision of punk has included liaisons with deep psychedelia, piano-driven pop, farfisa-dotted slam-dance anthems, and proto-goth—all laced up with the anger and devil-may-care attitude that made punk punk.”

Additional highlights on the US tour include headlining stops at Punk Rock Bowling in Las Vegas, Nevada and Camp Anarchy in Thornville, Ohio. At Punk Rock Bowling, they’ll be joining Rancid, Descendents, the Specials, the Hives, the Stranglers, Fear, and many others. At Camp Anarchy, they’ll be playing along with The Offspring, NOFX, X, Suicidal Tendencies, Bad Religion and many more. The US tour will be stopping in Long Beach, San Diego, Saint Louis, Chicago, and Detroit, as well as Cookeville, TN for the Muddy Roots Festival. In addition to the US dates, the band will return to a run of festivals including Glastonbury in late June. For all tour dates, visit http://www.officialdamned.com/.

The greatest surviving British punk band are still firing on all cylinders and breaking all the rules. Where their peers either burnt out or faded away into mediocrity, this most spiritually chaotic of all punk groups have never been away, never surrendered their ideals, always forged onwards. Colourful, anarchic, and propelled by an indefatigable creative motor, they’ve expanded their remit with every phase, to become one of the top-flight UK groups of ANY pop era.

Praise for The Damned and ‘Evil Spirits’

“Evil Spirits, an album that bristles with the vitality, immediacy, and irrepressible creativity that’s earned them the distinction of being one of the most important punk bands of all time.”
Premier Guitar

“Stands up with the very best of the band’s back catalogue.”
Classic Rock

“Dave Vanian sounds as though he relishes every word he sings and Captain Sensible plays out of his skin. But it’s the rhythm section of bassist Paul Gray and drummer Pinch that drive this damn fine record to the outer limits.”
**** 5 stars“
Daily Express

“Mindful of their past without being nostalgic, they remain a musical institution to be treasured.”
Daily Mail

“…a highly melodic release with huge hooks and the usual amalgamation of punk, garage, goth, and psych that the band excels at…another great album……not to be missed.”
Big Takeover

“A batch of songs that snap and snarl in all the right places.”
Uncut

“The Damned have become, if possible, more eccentric and outrageous as they grow older.”
The Independent

“The King’s people have drunk from the Fountain of Youth. This truly is a band at the top of its game. Long Live The Damned”
Louder Than War

Narcoleptic Youth at The Karman Bar in Laguna Niguel